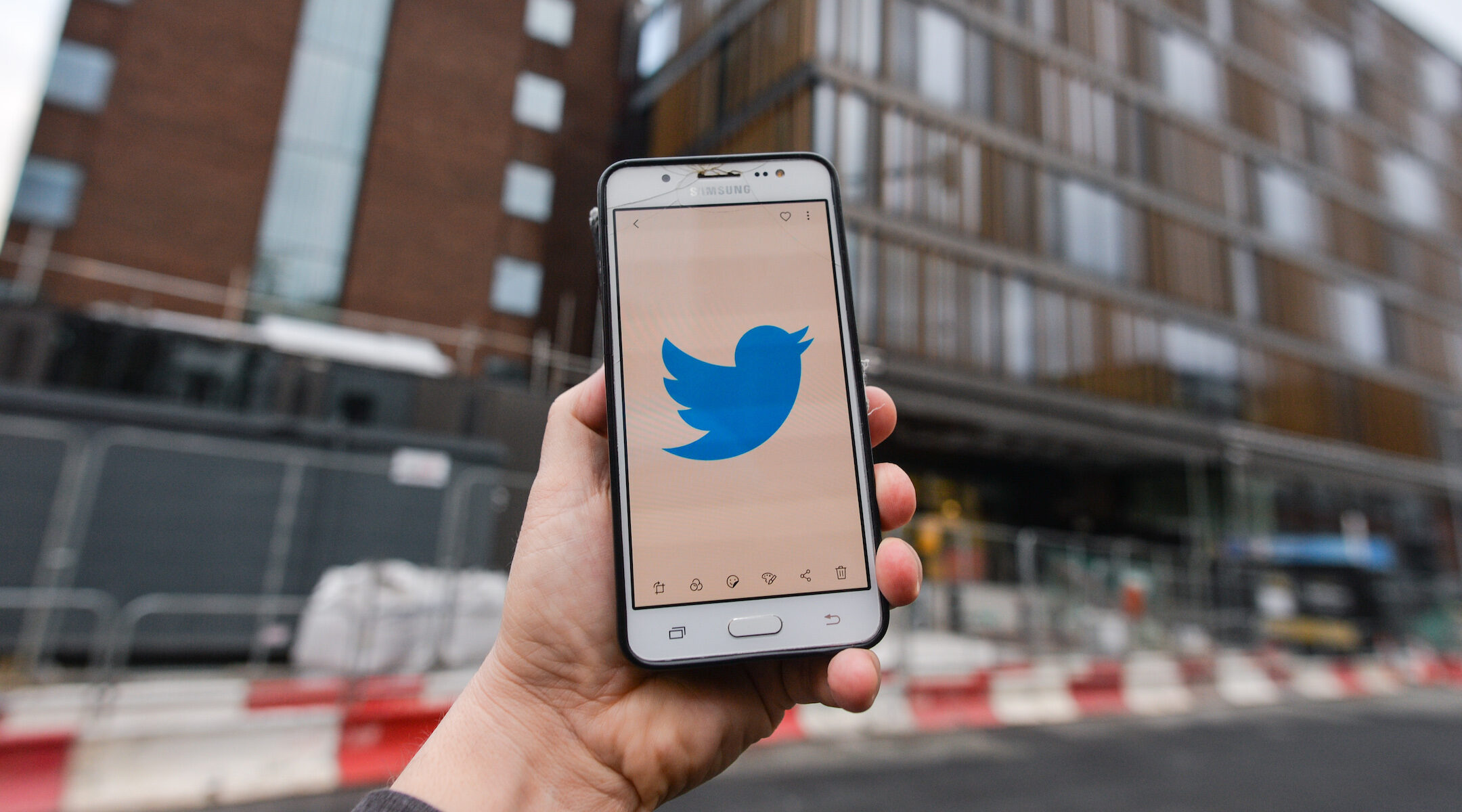 (J. The Jewish News of Northern California via JTA) — A new Twitter hire responsible for curating news coverage of the Middle East and North Africa has apologized for tweets harshly critical of Israel made in 2010 and 2011 after they generated controversy on social media Monday.

Fadah Jassem, a former journalist who lives in London, also apologized for not including Israel’s flag alongside those of 17 other Middle Eastern and North African countries, including the Palestinian flag, in a tweet announcing her appointment as “editorial curation lead for the MENA program.”

The omission of the Israeli flag first earned Jassem scrutiny from pro-Israel groups early Monday. The watchdog group StopAntisemitism tweeted: “Hey @FadahJassem — seems you forgot something.” The group Israel War Room asked Twitter for a response, saying the omission reflect “either woeful ignorance of the territory @FadahJassem is supposed to cover, or antisemitic erasure of the only Jewish state.”

Hours later, GnasherJew, a U.K. investigative outfit that was instrumental in exposing antisemitism within the Labour Party leading ultimately to the party’s split, unearthed and reposted the decade-old tweets.

One, from September 2010, says Israel was “not born” but “dropped like a bomb in the middle of Palestine.” Another appears to show support for Nation of Islam leader Louis Farrakhan, who has a record of antisemitism; it quotes Farrakhan taking issue with U.S. support for Israel. 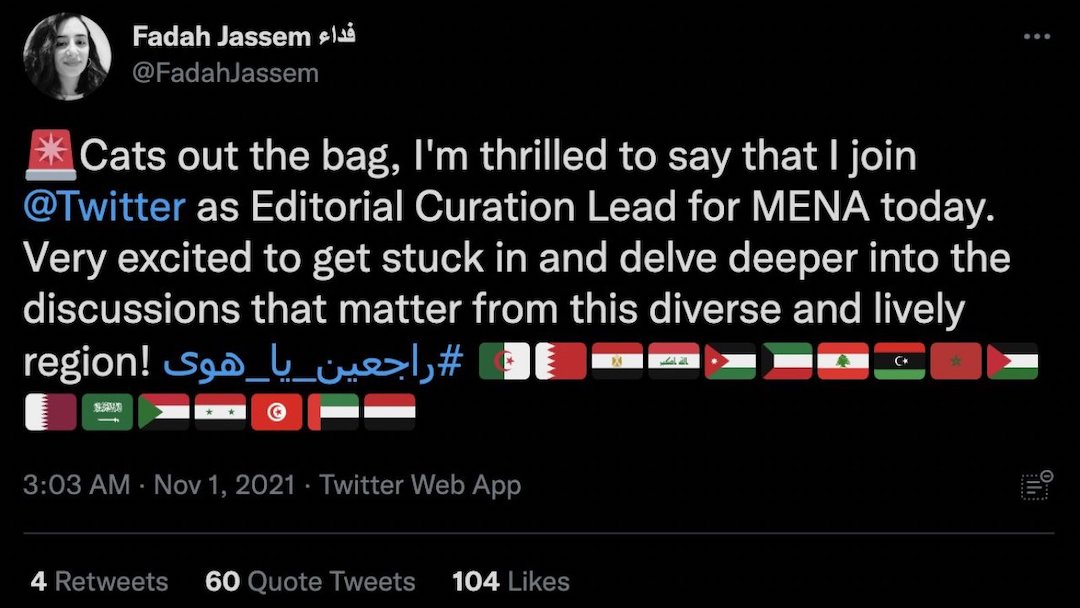 A tweet from Fadah Jassem announcing her new position with emoji flags of 17 countries in the Middle East and North Africa, including the Palestinian flag but not the Israeli flag. (Screenshot)

Jassem’s posts come amid ongoing questions about objectivity in social media news coverage, a major source of news in the United States and across the globe. According to a recent Pew survey, about half of Americans get some of their news via social media.

While Twitter’s editorial curation teams do not produce original reporting, they are responsible for creating Twitter “Moments,” or aggregations of news stories from a particular region or event. Curation teams “find and highlight great Tweets,” according to Twitter.

Jassem came to the role from a five-year stint at a tech company; she previously worked as a producer and editor for several television networks, according to her Linkedin profile. She graduated in 2010 from a London university where she wrote a dissertation about generational gaps in the Middle East, focusing largely on Syria, a country to which she has a personal connection, according to a profile shared by the school.

Jassem initially responded to some of the online criticism of her, answering a question on Twitter from Emanuel Miller of Honest Reporting, a group devoted to calling out what it identifies as anti-Israel bias in media, with an apology.

“I can see that I have been ill-informed with some tweets when younger,” she wrote. “I apologise for any offence caused by these particular tweets and like I said for forgetting the Israeli flag with reference to MENA as I did others.”

Jassem has since protected her account, so it is no longer publicly visible.

The incident follows other recent controversies in which public-facing employees have attracted scrutiny and sometimes backlash for social media posts about Israel. Earlier this year, the Associated Press fired Jewish staffer Emily Wilder for tweets about the Israeli-Palestinian conflict that the news organization said violated its social media policy on bias. In Northern California, UC Merced said in August it was investigating teaching professor Abbas Ghassemi for tweets railing against “Zionists” that the university chancellor called “repugnant.”

In the tech world, Google reassigned its head of diversity, Kamau Bobb, earlier this year after blog posts from 2007 were unearthed in which he claimed, in a post about the Israeli-Palestinian conflict, that Jews have an “insatiable appetite for war” and an “insensitivity” to suffering.

A version of this story was originally published in J. The Jewish News of Northern California. It has been republished with permission.