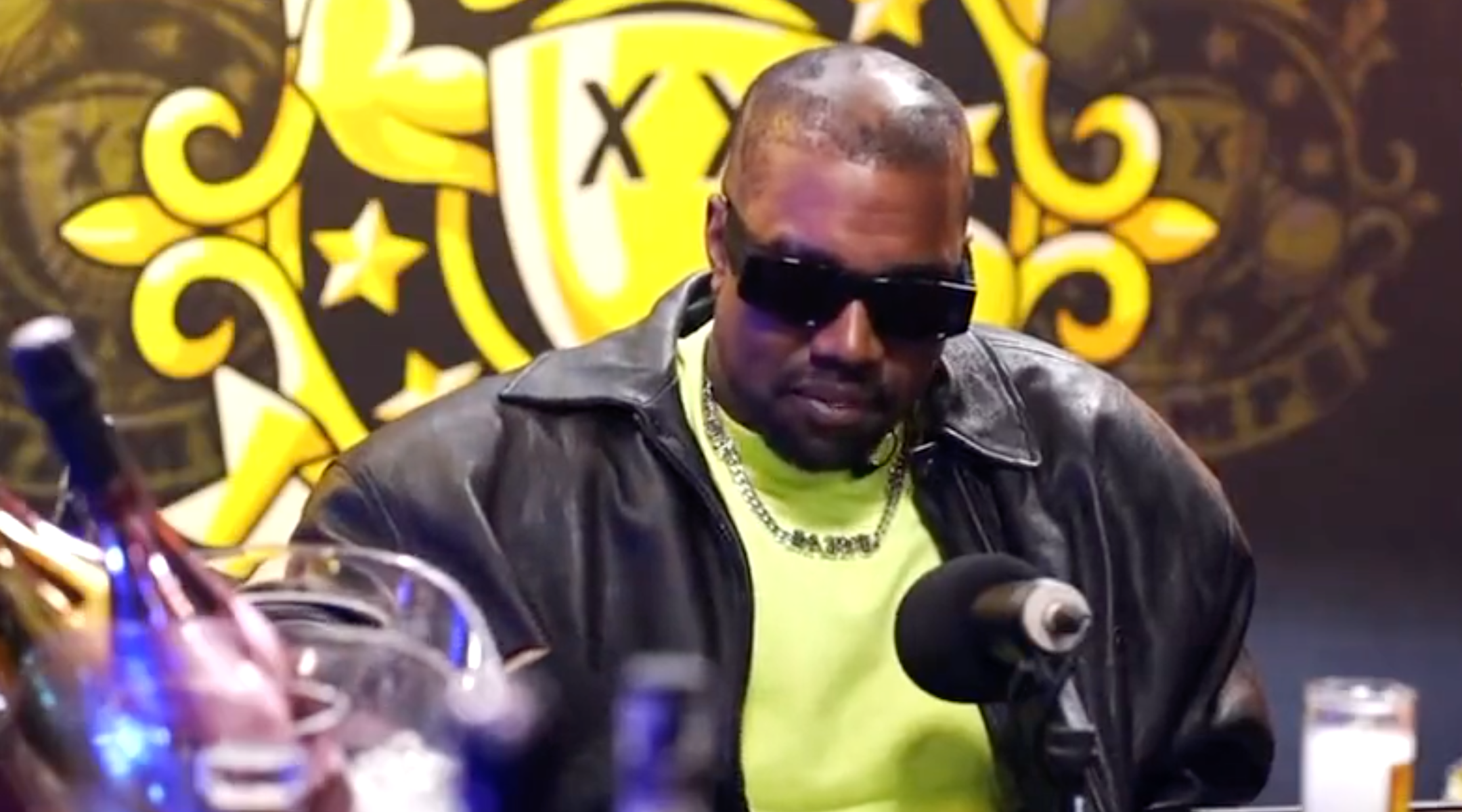 In a wide ranging podcast interview released Friday, West — who recently changed his legal name to Ye — said he thinks Christians should form kibbutz communities, modeled off the Jewish versions, to help foster a sense of togetherness.

“We need Christian kibbutz, we can have communities,” West said on the “Drink Champs” hip-hop podcast.

He had to clarify the term to co-hosts N.O.R.E., a rapper, and DJ EFN, a record executive.

It isn’t clear if West has ever visited a kibbutz, the collectively owned community format that Jews pioneered even before the establishment of the State of Israel. But the rapper and Kim Kardashian, who is seeking a divorce from him, have visited Israel several times. In 2015, when West performed near Tel Aviv, the couple visited Jerusalem to baptize their daughter in an Armenian church in the Old City.

Perhaps the connection to Israeli kibbutz culture comes from a different source — Kardashian purchased quartz for kitchen countertops in the couple’s home back in 2013 from Israeli kibbutz Sdot Yam, which led to a deal to distribute the company’s products in the United States through Ikea.

West’s remarks spurred an invitation from the Kibbutz Movement, the umbrella group that includes most of Israel’s 279 kibbutzim.

Yo kanye, strip clubs are out of the question, but you are more than welcome to drop by and visit our kibbutzim here in the holy land.@kanyewest pic.twitter.com/VstbyhcosP

The Kibbutz Movement reported that it had received tens of thousands of applications by interested residents during the year of pandemic lockdown.

“I believe ‘ye’ is the most commonly used word in the Bible,” he said about his name change in August. “In the [New Testament] Bible it means you. So, I’m you. I’m us.”