Their followers on the move, Lev Tahor sect leaders are convicted of child exploitation 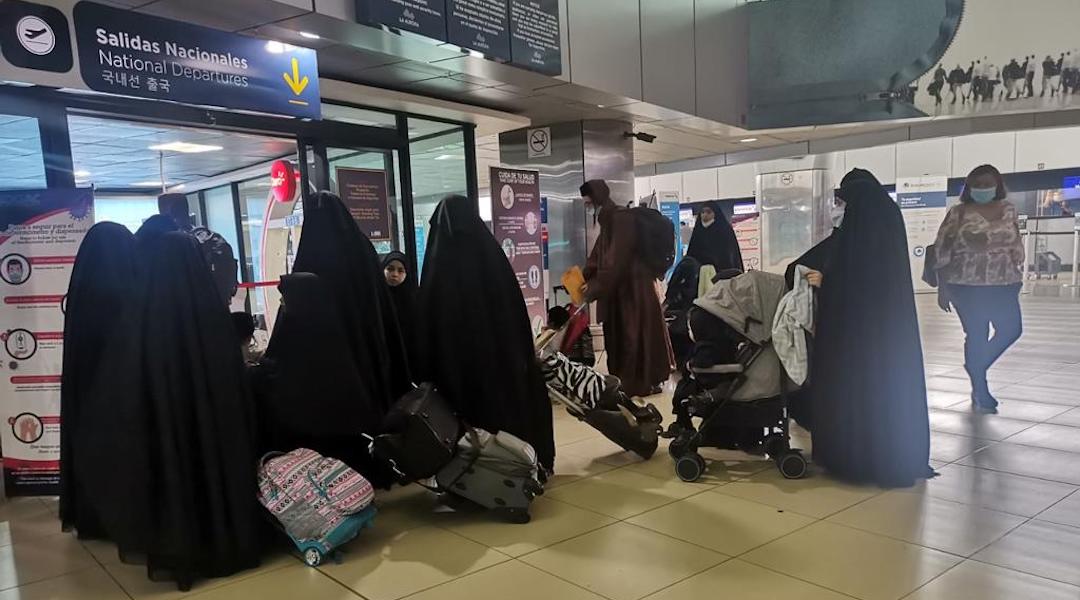 Members of the Lev Tahor sect prepare to depart from La Aurora International Airport in Guatemala City on a journey to Iraqi Kurdistan in Oct. 2021 (Courtesy)
Advertisement

Nachman Helbrans and Mayer Rosner face a sentence of up to life in prison after a four-week trial over the abduction of two underage siblings in 2018 in New York and their transportation to Mexico. The goal of the kidnapping was to bring the kidnapped 14-year-old sister to the man she was ceremonially married to within the tiny sect.

“Nachman Helbrans and Mayer Rosner brazenly kidnapped two children from their mother in the middle of the night to return a 14-year-old girl to an illegal sexual relationship with an adult man,” U.S. Attorney Damian Williams said in a statement.

The trial concluded as the sect recently dispersed from its former haven in Guatemala and made a failed attempt to find refuge in Iran.

According to the prosecution’s announcement of the verdict, Helbrans and Rosner used “disguises, aliases, drop phones, fake travel documents, an encrypted application, and a secret pact” as part of their plan.

Three weeks after the kidnapping, a chase involving hundreds of law enforcement officials led authorities to Mexico, where the children were recovered and the two men were arrested. Members of Lev Tahor tried to kidnap the children twice more after that, according to the announcement.

Helbrans became the group’s leader after his father died in 2017, and he drove the sect to embrace more extreme practices, especially around child marriage, the announcement said.

After decades in the media spotlight and multiple conflicts with the law across Israel, Canada, the United States, Mexico and Guatemala, the future of Lev Tahor is unclear.

Other Lev Tahor members have been arrested in connection with the kidnapping. The bulk of the sect’s membership is spread out across several countries after Kurdish authorities in Iraq recently detained about 70 members and deported them to Turkey, which in turn forced them to find other destinations.

Romanian authorities told the Jewish Telegraphic Agency that they had turned away 24 people, including 13 children, who arrived at the Bucharest airport from Istanbul last week. Meanwhile, some sect members who made their way to Moldova were also turned away, according to Yeshiva World News, an Orthodox news service. A prominent rabbi in Turkey, Mendy Chitrik, told the Orthodox news service that he had no intention of helping the sect’s members if they return to that country.