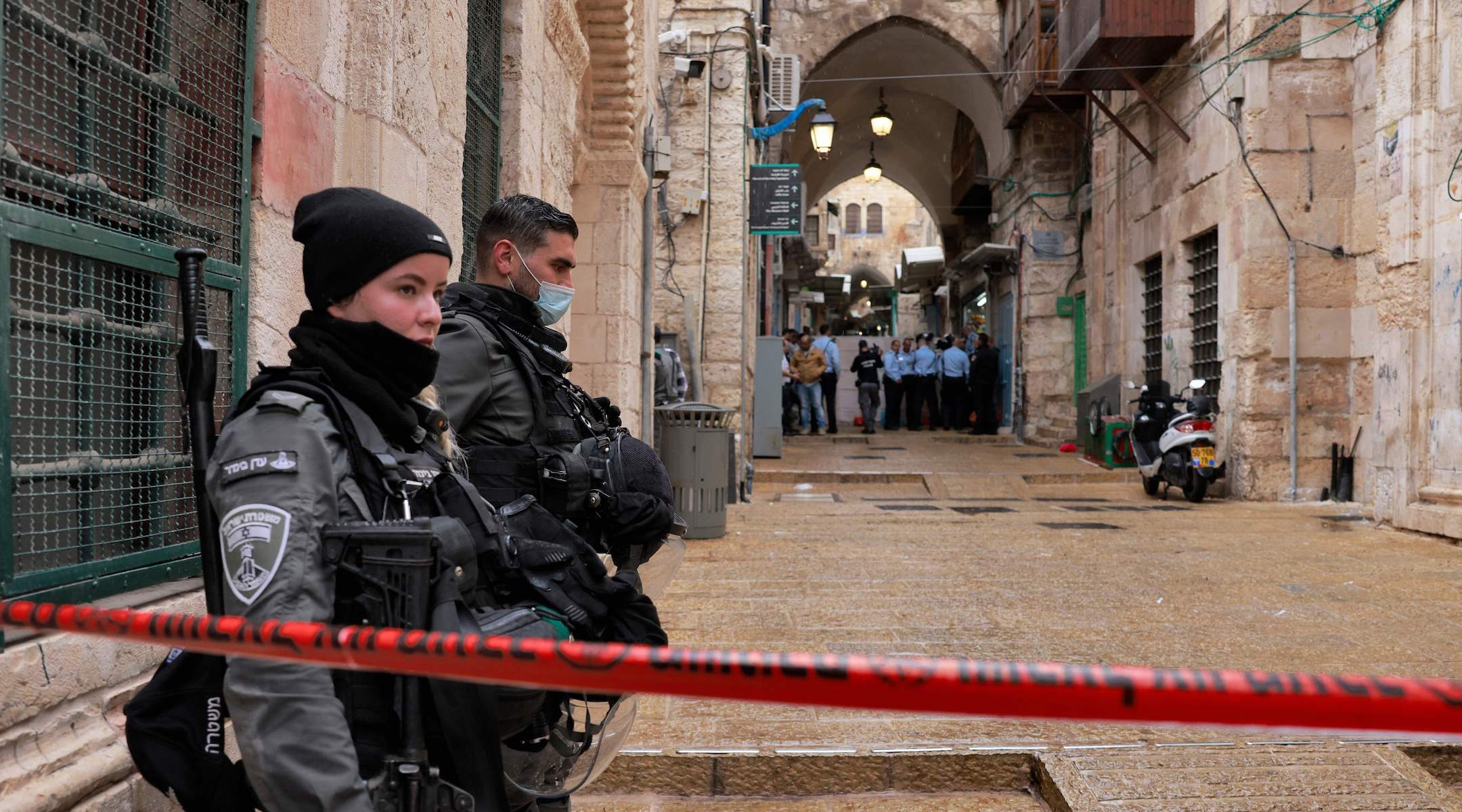 Israeli border guards stand guard behind a security perimeter at the scene of a shooting in the old city of Jerusalem, Nov. 21, 2021.(Menahem Kahana/AFP via Getty Images)
Advertisement

(JTA) — An Israeli man in his 20s is dead and four others were injured after a Hamas assailant opened fired with a submachine gun in Jerusalem’s Old City Sunday morning.

Eliyahu David Kay, a 26-year-old who recently moved to Israel from South Africa, was killed in the attack, according to Israeli media reports.

A video shared on social media showed several people running in the Western Wall plaza at the time of the shooting. Among the injured were Jews who were still wearing ritual prayer garb after praying at the Western Wall, according to an account shared in The Times of Israel.

The shooting took place near an entrance to the Temple Mount. Police opened fire on the scene of the attack and killed the shooter, who the official Hamas television station identified as Fadi Abu Shkhaydam, a 42-year-old member of the Palestinian terrorist group who lived in Shuafat in East Jerusalem, according to The Times of Israel.

Israel’s Minister of Public Security Omar Barlev said the attack appeared to have been planned ahead of time.

“The terrorist was a member of Hamas’s political branch who regularly prayed in the Old City. His wife fled abroad three days ago and he used standard weapons that are not commonly available in Israel,” Barlev said at the scene of the attack, according to The Times of Israel.

“A victim with a serious head injury … was evacuated [to the hospital] while receiving CPR, with no vital signs,” the hospital said in a statement. “A trauma team continued the CPR but was forced to pronounce his death.”