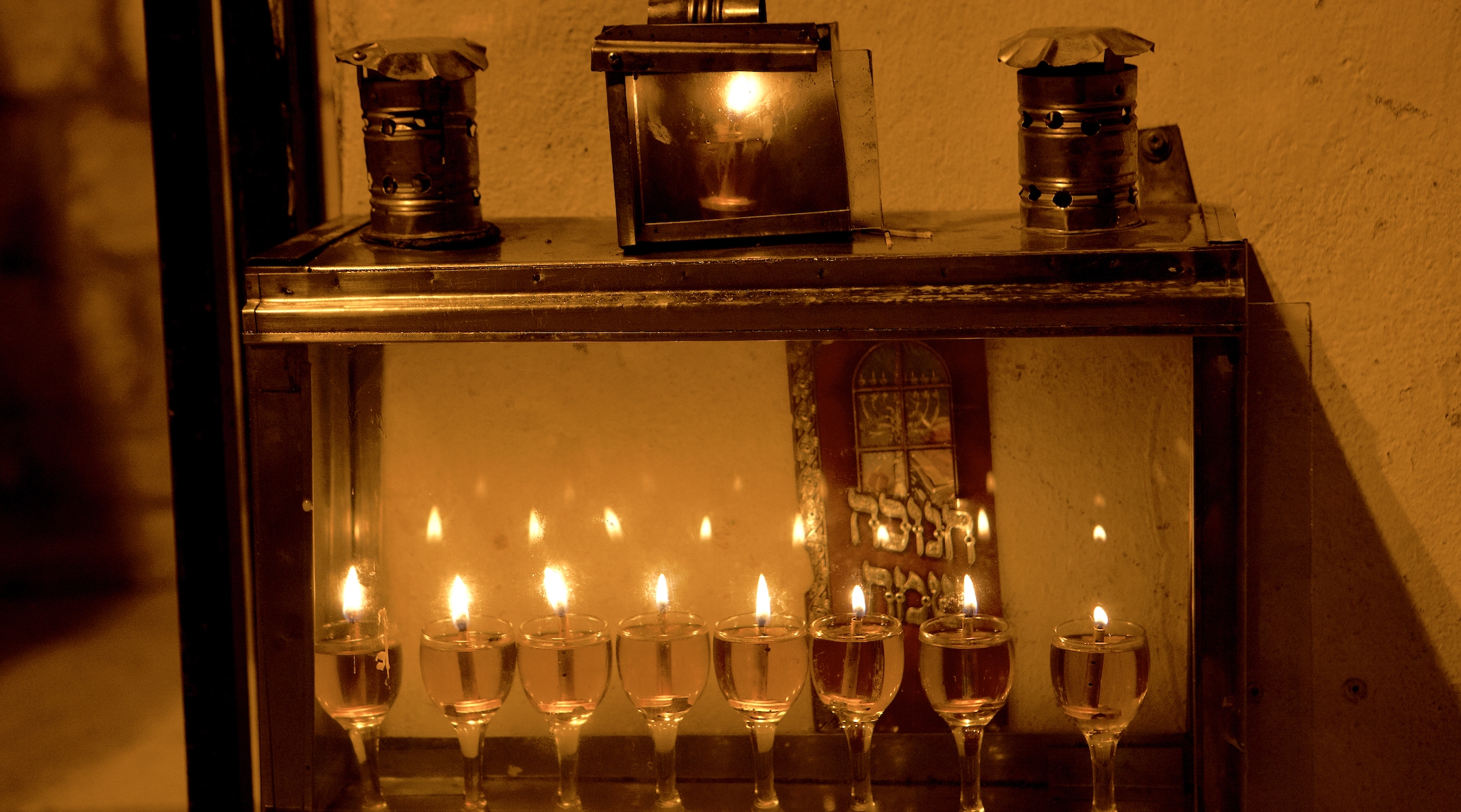 A Hanukkah menorah in Israel glows with the light of olive oil, not candles. (Dana Friedlander for the Israeli Ministry of Tourism)
Advertisement

JERUSALEM (JTA) — In a supermarket here, Ohad David makes a beeline for the most expensive olive oil in the store.

He takes three bottles of the award-winning Midnight Coratina brand, which goes for about $3 per ounce. It has “medium potency, green fruitiness and a green-leaf, grassy bouquet,” according to its description on the website of Ptora, the boutique olive oil factory that makes it.

But David, a 40-year-old insurance agent and father of five, did not buy the oil for its taste.

Like thousands of Orthodox Jewish consumers who buy premium olive oil ahead of Hanukkah, David purchased $160 of the stuff only to burn it — in a menorah.

Observant Israelis increasingly like to use olive oil in their Hanukkah candelabras instead of wax candles because of its significance in the holiday’s story. Hanukkah, which this year begins on Sunday evening, is a celebration of how the Maccabees, after defeating the Greeks, were able to light the menorah in the temple in Jerusalem for eight days with a one-day supply of oil— believed to be of the olive variety.

“Using olive oil for Hanukkah candles is not required by halacha [Jewish law], but in our communities everybody does it,” David said.

Those who follow suit want only 100% pure olive oil to use in their menorahs (technically known as hanukkiot) — and that has become more expensive in Israel over time because of tariffs on imports and the rising demand.

In response, some producers dilute their olive oil with cheaper vegetable oils without disclosing all of the ingredients and lure consumers in with lower prices. The product can still be considered kosher, but it is unacceptable for the observant Jews who want only pure olive oil in their menorahs.

“[T]he temptation to deceive customers is tremendous,” Rabbi Moshe Biegel, an expert on Israel’s kosher certification industry, wrote in a 2020 essay on the olive oil sector in Israel. 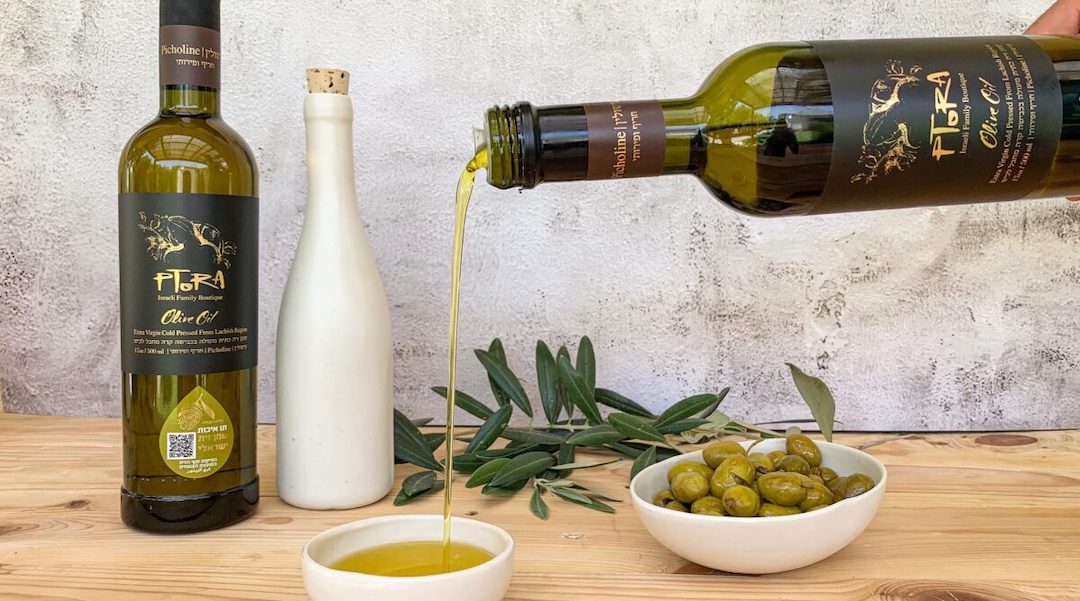 Ptora grows and bottles boutique olive oil at its farm in south-central Israel. (Courtesy of Ptora)

Israeli authorities perform inspections on dozens of brands each year around Hanukkah and often find oil advertised as pure to contain up to 50% canola or soy. But despite fines and the naming of offenders online, the phenomenon persists.

For David and others in his community, the solution is to stick to boutique brands, no matter the cost.

“You know there’s no monkey business because to them it’s a matter of pride, so there’s a high level of transparency and trust,” David said. He discovered Ptora while visiting their facilities during a family trip to the northern Negev desert, where the factory and groves are located, about 30 miles southwest of Jerusalem.

Like many boutique olive factories in Israel, Ptora offers tours and tastings to increase their brand recognition.

“The place is magical,” said Hani Ashkenazi, owner of the Jerusalem Olive Oil factory, about the Ptora groves. He is technically a competitor, but the two companies cooperate on some projects to leverage their respective strengths.

The olive is a national symbol tied closely to the country’s broader agricultural history — it is even depicted in the official emblem of the State of Israel. Israeli olive oil is currently on average double the price of its European counterparts, costing about 9 euros (roughly $10) in Israel per liter compared to 5 euros throughout much of the European Union, according to a 2019 report by Israel’s Ministry of Agriculture. Israel employs a protectionist customs policy meant to level the playing field for local producers.

Both production and demand are rising steadily in Israel, a 2020 report from the ministry shows. About 30,000 tons of olive oil are sold in Israel annually, of which about 12,000 are imported. In comparison, the average annual production between 1990 to 2010 was 5,000 tons. The average for the past decade has been 16,000 tons annually. 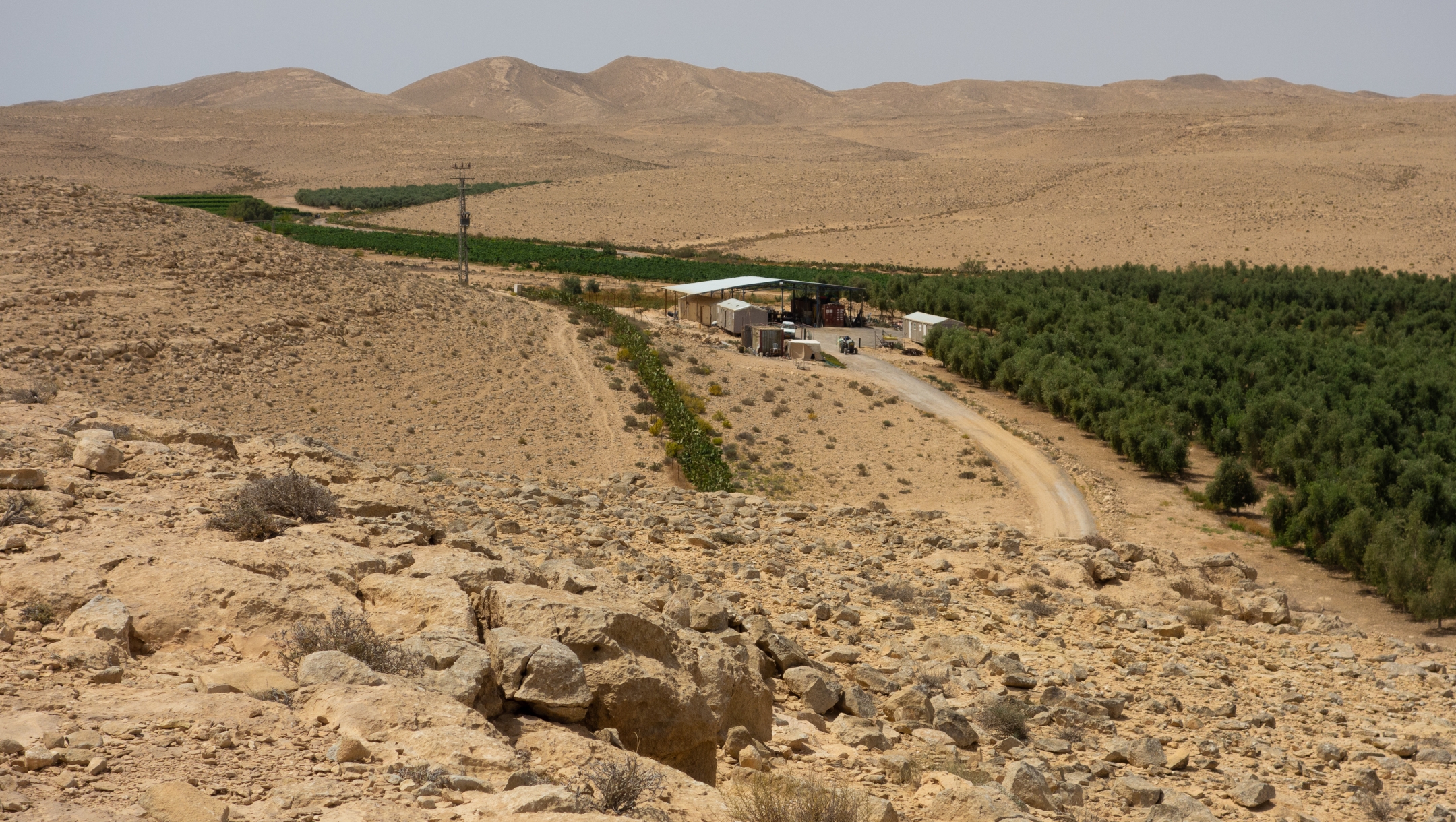 In recent years, local producers have profited from growing demand for olive oil generally and a preference for Israeli brands specifically, said Ashkenazi, who runs her olive oil factory in the northern Negev with her partner, Moosh.

“Hanukkah is the Jewish feast of light, but it’s also the feast of the Israeli olive oil,” she said. “Each year we’re seeing an increase in sales especially ahead and during Hanukkah.”

The share of shoppers seeking it as candle fuel is unknown, but increasingly firms are buying packages of premium Israeli olive oil as a holiday gift for their employees, Ashkenazi said.

Business is going so well that Ashkenazi says she doesn’t need the protectionist taxes imposed on the imported products.

“Competition is good, the consumer should have broad choice,” she said.