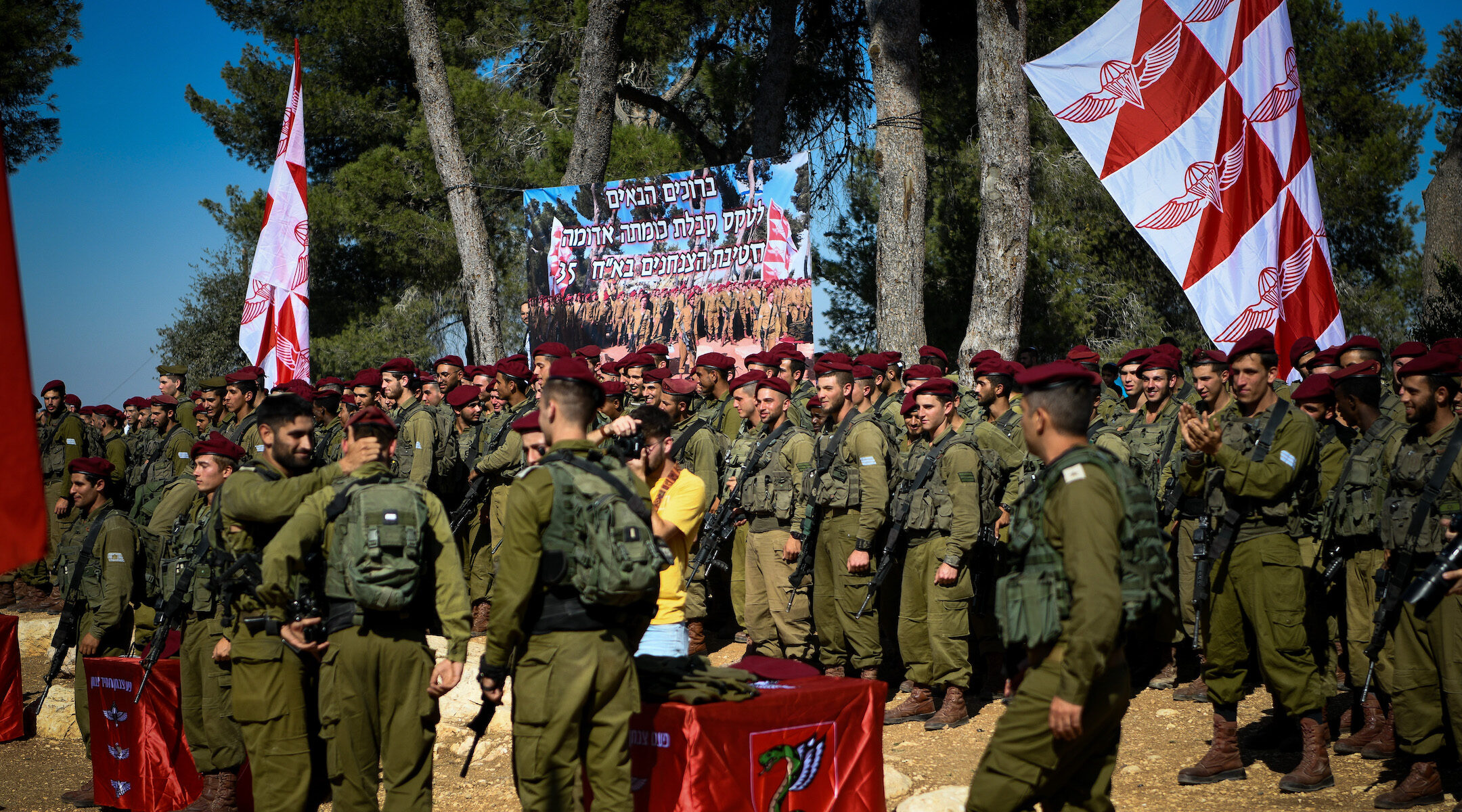 (JTA) — A new poll conducted in Israel found that a majority of Israelis support abolishing its mandatory army draft.

The Israel Democracy Institute has been studying the question in 2017, and this was the first time that it found that more Israelis were supportive of the idea of abolishing the draft than were opposed to it.

In this year’s survey, 47% of Jewish respondents believe the draft should be abolished while 42% disagreed. In 2017, just 38% supported “professionalization” of the army, while 59% opposed it.

In Israel, all citizens are drafted into the army at age 18, though Arab and Druze Israelis are given exemptions, as are most haredi Orthodox citizens and many religious women.

Yohanan Plesner, president of the Israel Democracy Institute, warned that shifting from a universal draft to a professional army would be disastrous for Israel’s security.

“We may find ourselves in a situation in which a small minority of idealists serve in the military alongside those who chose to sign up for lack of any better employment options,” Plesner said.

He added: “It is important to understand that, without retaining some form of the ‘people’s army’ model, Israel’s security cannot be guaranteed for the long term.”

The poll, which surveyed 1,003 Israelis in Hebrew and Arabic, was conducted by the Israel Democracy Institute via phone calls and the internet between Sept. 30 and Oct. 4.