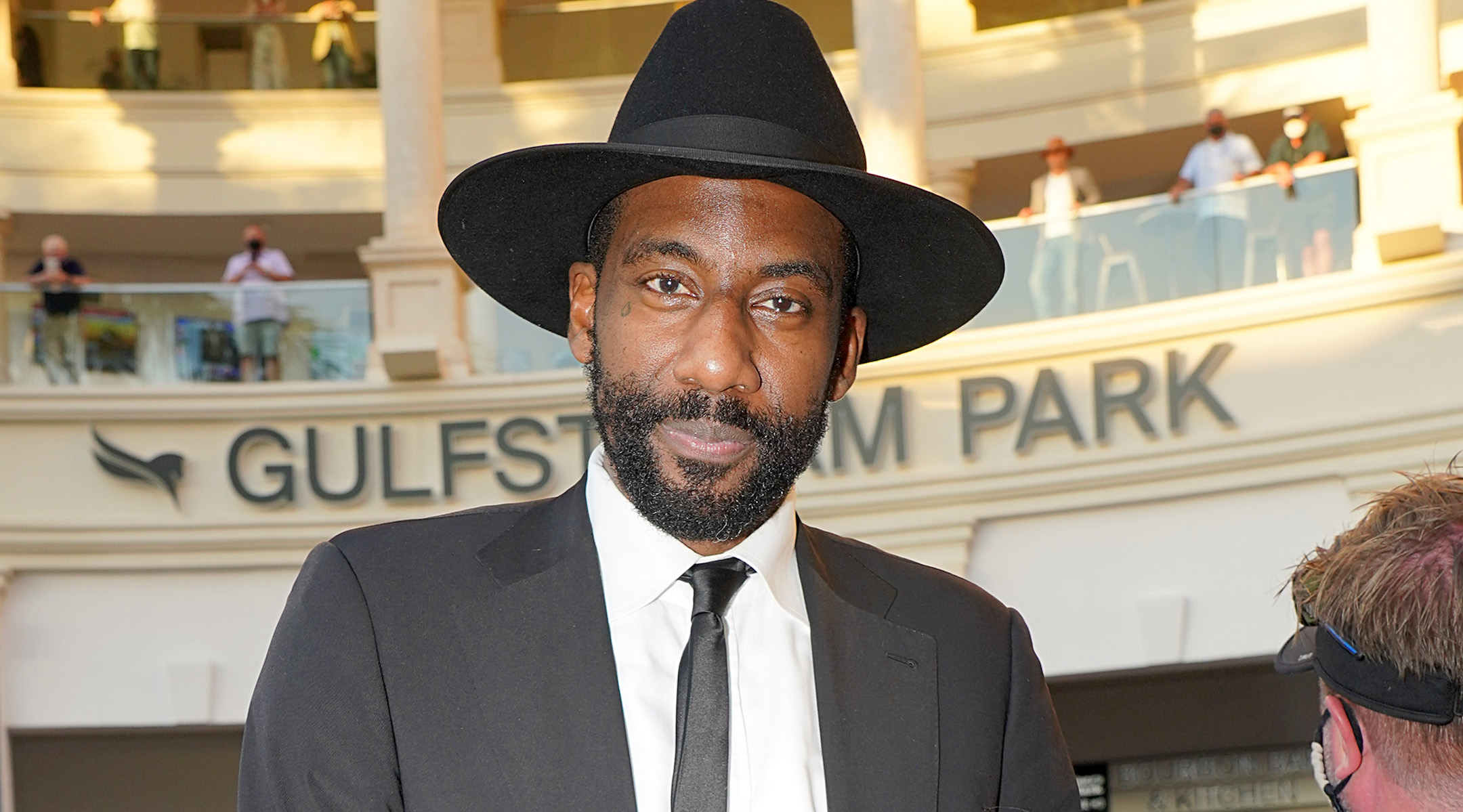 Stoudemire, who has played for the New York Knicks and Phoenix Suns, converted to Judaism while living in Israel in August 2020. From 2016 to 2019, he played for the Israeli team Hapoel Jerusalem and later for Maccabi Tel Aviv. He remains a part owner of the Jerusalem team.

He has since moved back to the United States and lives in Brooklyn, where HBO filmed him at morning prayers in his local synagogue.

On the show, Stoudemire spoke about the transformation he underwent from NBA star to Israeli citizen to Orthodox Jew.

Stoudemire has spoken before about his difficult upbringing, including the death of his father when Stoudemire was just 12, and learning from his mother about his family’s Hebrew Israelite roots at a young age. Ever since learning about his connection to the Hebrew Israelites, who believe they are descended from the ancient Israelites, Stoudemire began reading about Judaism and studying Jewish history. While playing basketball in Israel, Stoudemire began studying for conversion to Judaism and completed an Orthodox conversion last year.

In the HBO show, Stoudemire, who is 39, discusses his struggles learning Hebrew. “Yeah it is hard to learn, especially at my age,” he said.

But even with the challenges, Stoudemire feels he is on the right path.

“It’s just been like a quest for searching for emet, searching for truth,” he said. He added: “I’m for sure a different person than I was before.”