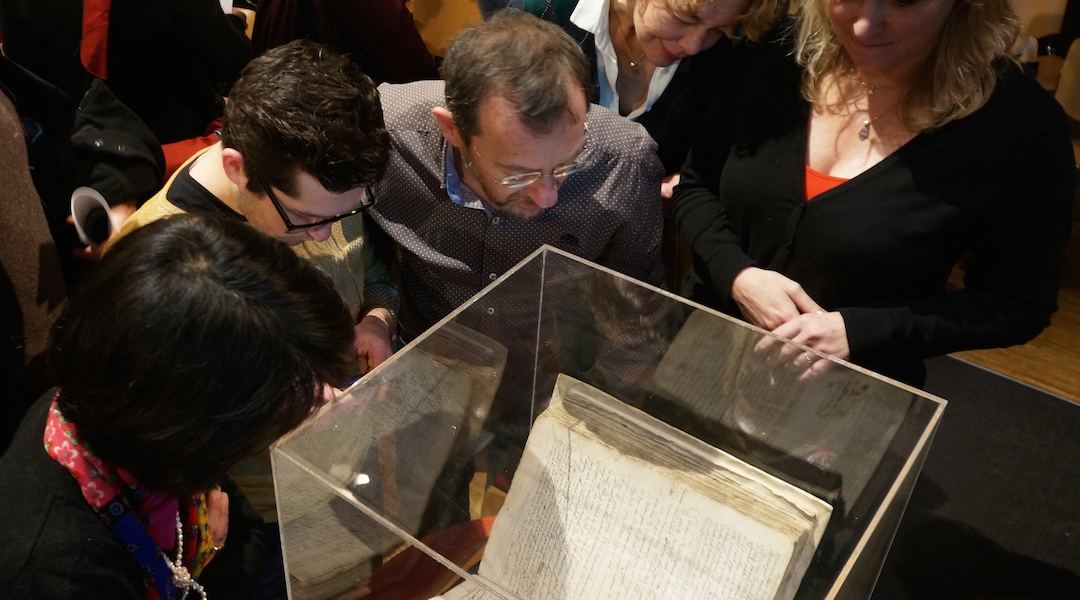 Attendees at an Amsterdam symposium on whether to lift the ancient order of excommunication against the philosopher Baruch Spinoza examining a copy of the original writ against him, Dec. 6, 2015. (Cnaan Liphshiz)
Advertisement

(JTA) — More than 350 years after Baruch Spinoza was excommunicated from the Spanish-Portuguese Jewish community in Amsterdam, a leader of the community has banned a scholar of Spinoza’s work from visiting the community’s synagogue and library.

Yitzhak Melamed, a professor of philosophy at Johns Hopkins University, was informed he could not visit the synagogue after a film director asked for permission to film Melamed conducting research in the library’s archives.

In a letter to the professor, Rabbi Joseph Serfaty, a leader of Amsterdam’s Sephardic community, told Melamed he would not be welcomed into the building — a building in which Spinoza himself may have studied, as he was enrolled in the school that was once housed there. 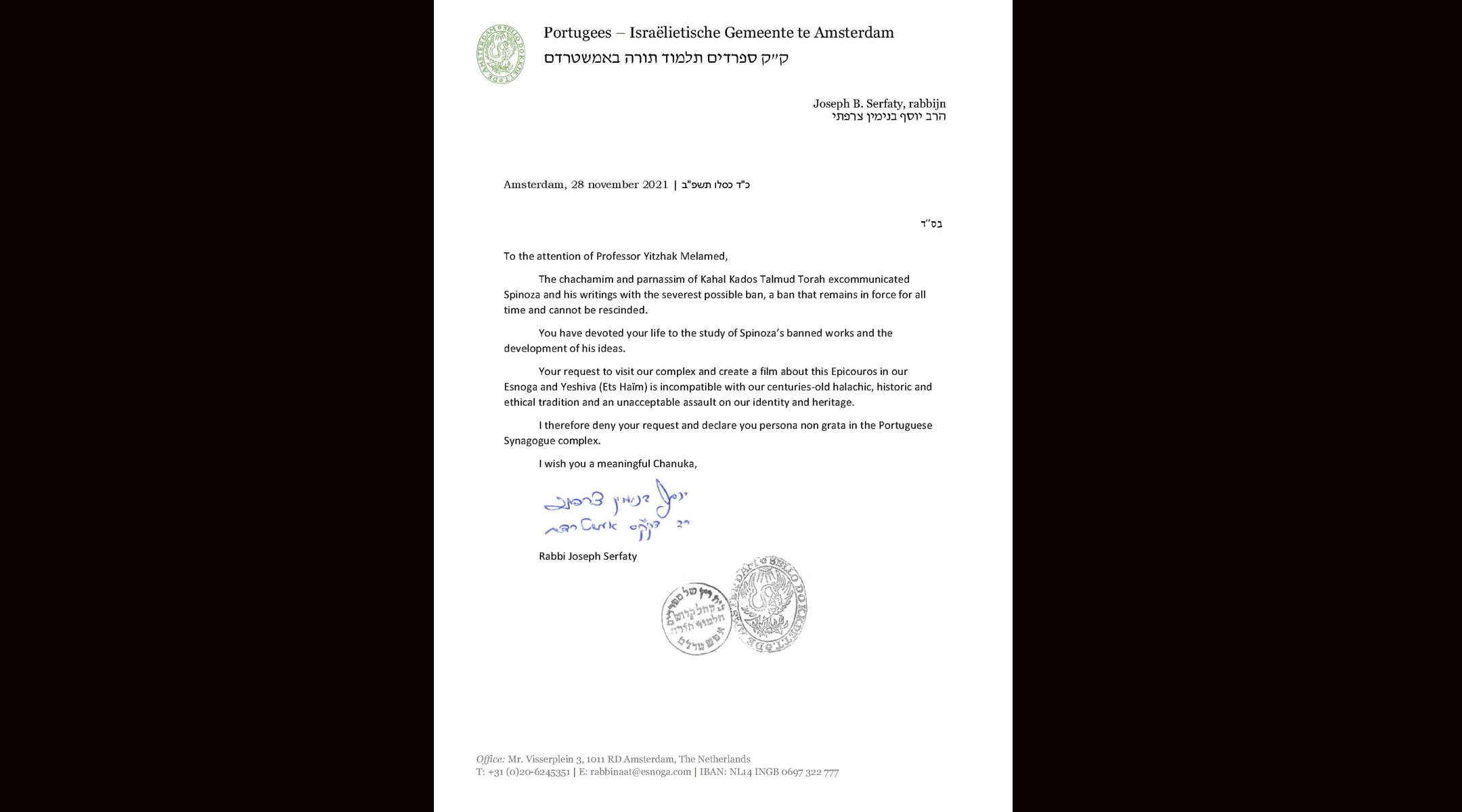 The letter declared Yitzhak Melamed a “persona non grata” at the synagogue complex. (Screenshot from Facebook)

“The chachamim and parnassim of Kahal Kados Torah excommunicated Spinoza and his writings with the severest possible ban, a ban that remains in force and cannot be rescinded. You have devoted your life to the study of Spinoza’s banned works and the development of his ideas,” Serfaty wrote, using the Hebrew words for the community’s leaders.

He concluded the letter by barring Melamed from the building. “I therefore deny your request and declare you persona non grata in the Portuguese Synagogue complex,” he wrote.

Responding to a request for comment, Melamed said the letter was hypocritical. “This is primarily a public show of zealotry, nothing more than that,” he said in an email.

Spinoza was born into the Spanish-Portuguese Jewish community in Amsterdam and became a philosopher who laid the intellectual foundations of the Enlightenment. He was excommunicated by Amsterdam’s Jews in 1656 for heresy.

In 2015, the community hosted a debate over whether the excommunication should be lifted, but ultimately did not lift the ban.