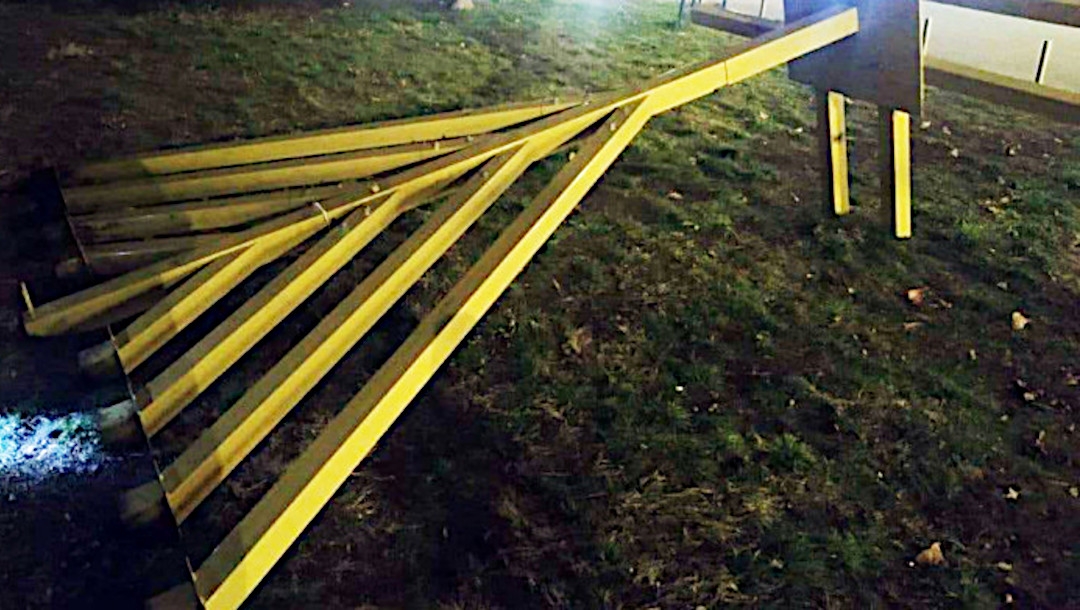 A Hanukkah menorah that had been knocked to the ground lies flat in Kyiv on Nov. 30, 2021. (The Ukrainian Jewish Committee)
Advertisement

(JTA) — Large Hanukkah menorahs on display in three different locales in Ukraine have been vandalized in suspected hate crimes.

The latest incident occurred Tuesday in Kyiv. A menorah that was erected in the Troieshchyna district in the city’s northeast was knocked down and its lamps were smashed, Eduard Dolinksy, the director of the Ukrainian Jewish Committee, wrote on Facebook.

In addition, in the eastern city of Dnipro, police arrested five teenagers on suspicion that they knocked down a large menorah on Nov. 29, the Sobitie news site reported.

Then, on Nov. 30, unidentified individuals cut the lighting strips that decorated a large menorah in Nikolayev, a city in southern Ukraine near Odessa, the Novosti-news site reported.

Ukrainian ultra-nationalists have targeted Hanukkah menorahs in the past. One of them, identified as Andrey Rachkov, a provocateur with a criminal record, last year filmed himself toppling a Hanukkah menorah in downtown Kyiv while shouting, “Jews to the graves.”

He assaulted police officers who came to arrest him, police said, and has gone into hiding, but still posts rants about Jews on his Facebook page.