‘Jews to the graves,’ Ukrainian ultranationalist shouted as he toppled Kyiv Hanukkah menorah 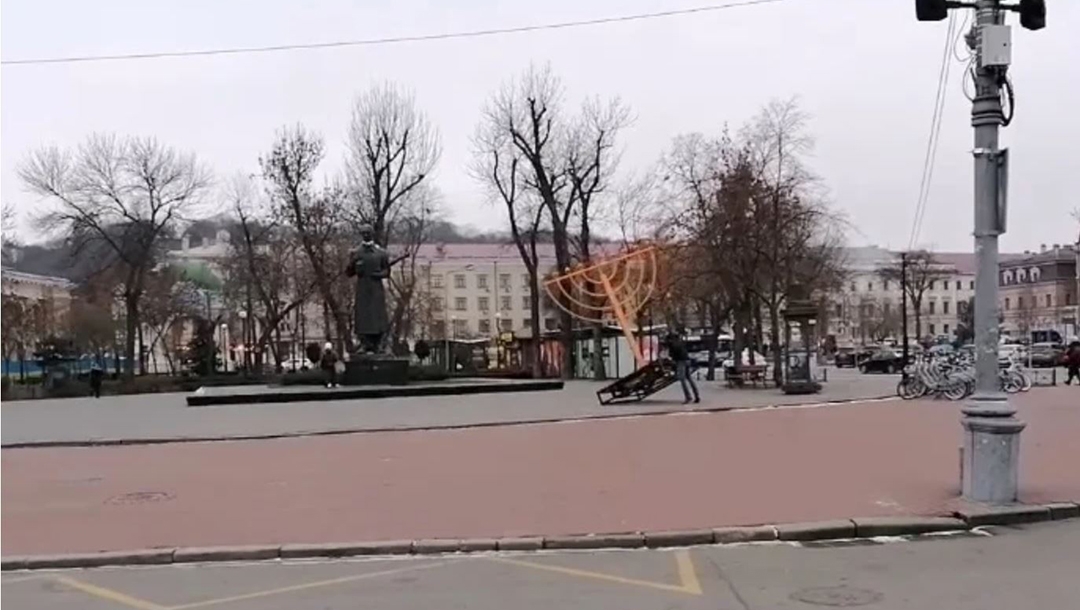 (JTA) — A Ukrainian ultranationalist filmed himself toppling a Hanukkah menorah in downtown Kyiv while shouting about death to Jews.

The man, identified by the Ukrainian media as Andrey Rachkov, a provocateur with a criminal record, is the subject of a police investigation after video of the vandalism emerged on Thursday, the Ukrainian news site Zik reported Saturday.

Rachkov posted the video of his actions on Facebook, adding: “How to treat foreigners who are engaged in usurpation of power, occupation of territories, genocide.”

As he toppled the large menorah, he shouted: “To Ukrainians the power, Jews to the graves.”

Rachkov attempted to topple another menorah elsewhere in Kyiv but failed to bring it down because it was bolted to the ground, Zik reported.