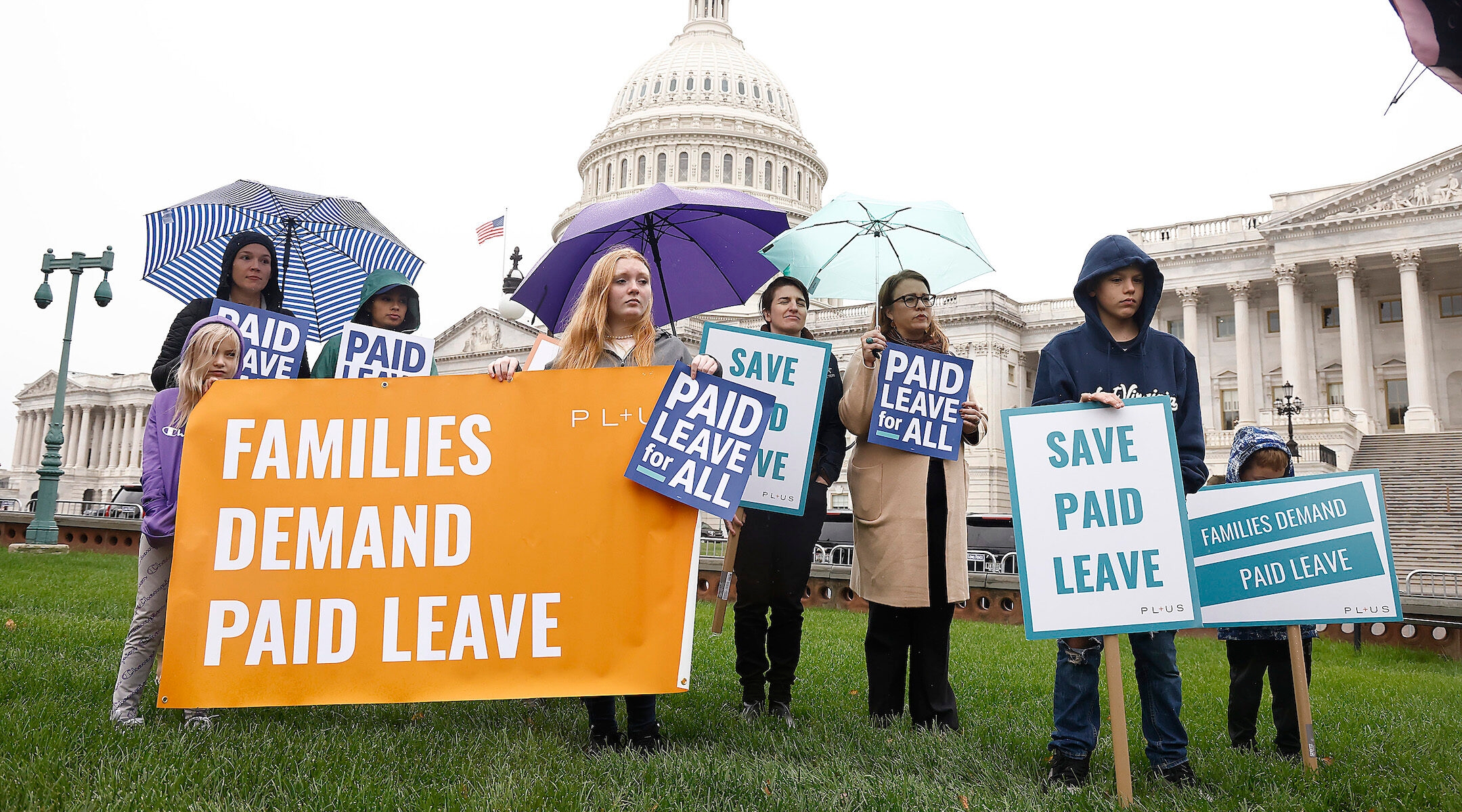 During an all-day vigil on Capitol Hill, parents and activists share their stories highlighting the cost of not having a national paid leave policy as part of a push to Congress to pass the Build Back Better Act, Nov. 2, 2021. (Paul Morigi/Getty Images)
Advertisement

“We thank you for your leadership to fight for working families in New York and across the country; the passage of paid leave this year would cement that legacy,” they wrote in a signed letter. “Simply put, on your watch, paid leave must not be left on the cutting room floor. We believe that every working person in New York and beyond deserves time to care for themselves and their loved ones regardless of where they live or work.”

The Jewish organizations that signed include Bend the Arc: Jewish Action, Jews for Racial & Economic Justice and the National Council of Jewish Women New York. The individual Jewish signees include Jewish educator Peter Geffen and Rabbi Rachel Timoner of Congregation Beth Elohim, the Reform synagogue in Park Slope where Schumer is a member.

The open letter was spearheaded by A Better Balance, a non-profit that advocates for workplace rights — among them, paid family and medical leave, paid sick leave, and fair and equal pay for caregivers — “through policy work, strategic litigation and direct legal services, and public education,” per their website.

On Friday, Nov. 19, the House of Representatives advanced the wide-ranging Build Back Better agenda — which includes an expansion of health care coverage, clean energy measures and more — by passing a $2 trillion package that includes $200 billion for four weeks of paid family and medical leave. The package faces an uphill battle in the Senate, however, due, in large part, to expected pushback from Sen. Joe Manchin (D-W.Va.).

The Hill reported that Schumer could bring the Build Back Better Act to the Senate floor as soon as Dec. 13. “No one should have to choose between being able to put food on the table or caring for their loved ones,” said Bobbie Sackman, a member of Jews for Racial and Economic Justice. “But right now, so many families do … Care is infrastructure. It doesn’t matter how sturdy a bridge is; you can’t cross it if you can’t leave the house.”