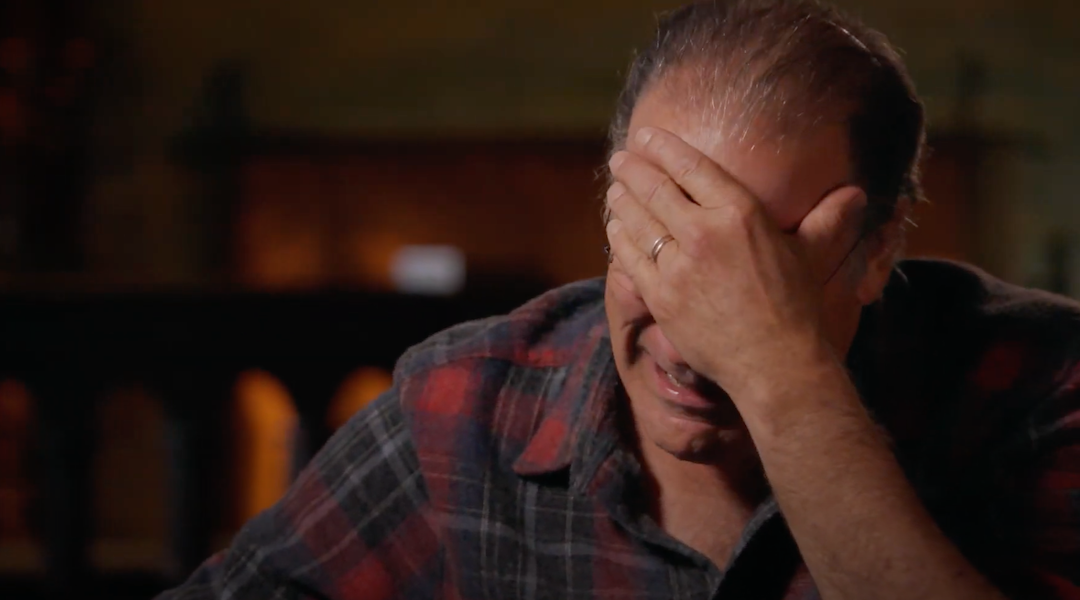 Mandy Patinkin cries during his episode of "Finding Your Roots." (Screenshot)
Advertisement

(JTA) — Jewish actor Mandy Patinkin never thought he had family members who died in the Holocaust. The team behind “Finding Your Roots,” the long-running PBS celebrity genealogy show, proved he was mistaken.

In his episode airing Tuesday night, Patinkin learns that he has family who were rounded up in Bransk, a town in northeastern Poland, and sent to the Treblinka concentration camp.

As he reads out a description of how his family members — along with the thousands of other Jews in Bransk — were burned in a crematorium at Treblinka, Patinkin breaks down. He says he would always explain in interviews that he wasn’t directly related to any Holocaust victims.

“I don’t have words,” he says in this video clip, which is premiering on the Jewish Telegraphic Agency.

Before becoming emotional, Patinkin is asked by host Henry Louis Gates Jr. how he thinks the Holocaust could have happened.

“My job is to imagine, that is my profession,” he says. “I have never been able to get ahold of that.”

RELATED: Mandy Patinkin on why Inigo Montoya is Jewish and what Saul Berenson would tell his Israeli sister about Trump