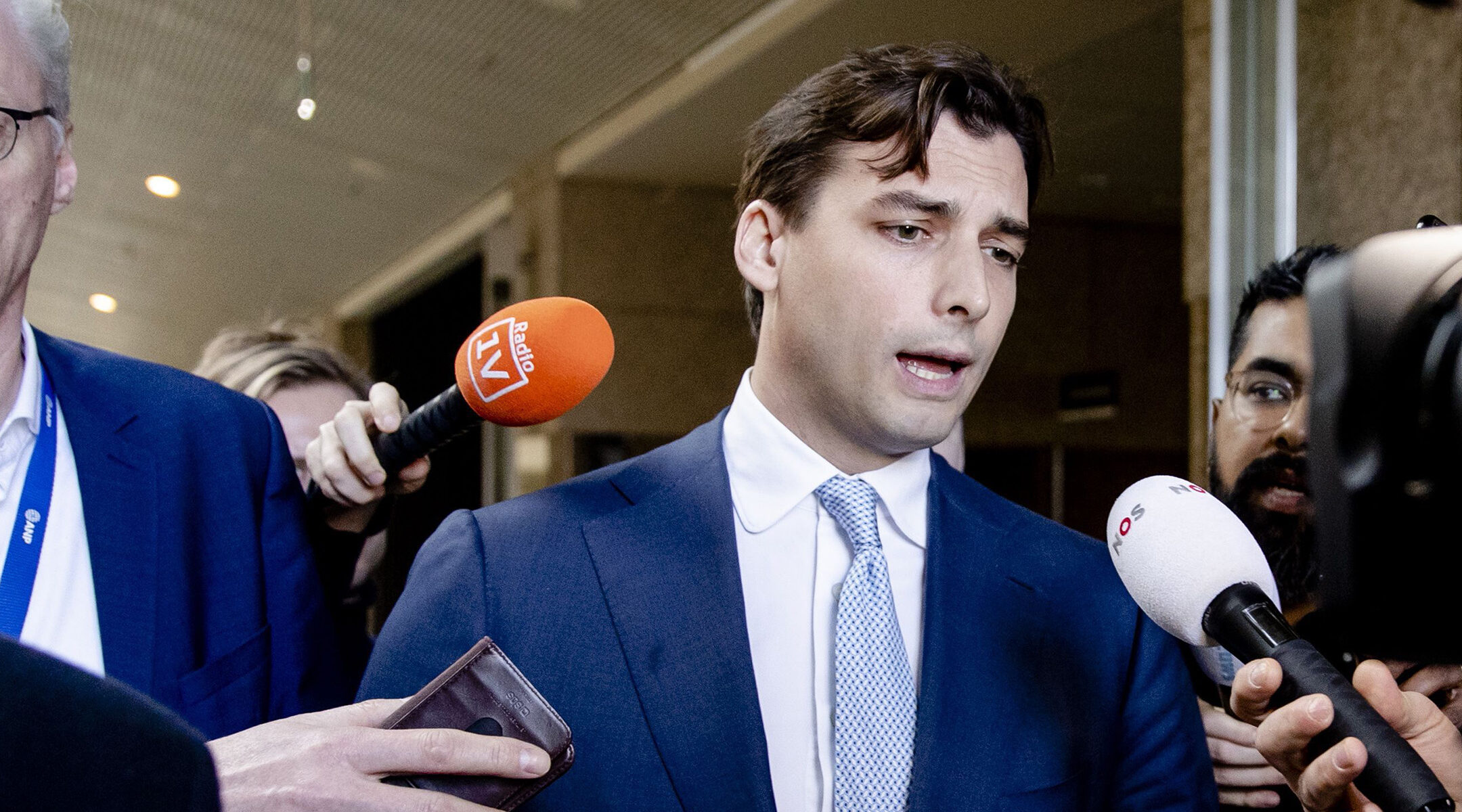 (JTA) — Following a court order, a Dutch lawmaker removed social media messages in which he drew parallels between COVID-19 measures and the treatment of Jews by the Nazis.

Thierry Baudet, the 38-year-old leader of the Netherlands’ right-wing Forum for Democracy party and a member of the country’s House of Representatives, deleted the four messages from Twitter and Instagram on Thursday. The previous day, a judge in Amsterdam issued an injunction ordering the deletion of the content, prescribing a fine of 25,000 euros – or $28,000 – for each day that the content is still online.

The judge said that Baudet’s tweets “contribute to a climate in which antisemitism is encouraged.” Many critics of the comparison argue that it downplays the Holocaust. Baudet has denied such allegations and said he will appeal the ruling. Speech that equates to Holocaust denial is illegal in many European countries, though not in the Netherlands, where some forms of denial are prosecuted under laws against hate speech.

In one of the deleted tweets, from Nov. 14, Baudet called the unvaccinated “the new Jews,” adding that those who “exclude and look the other way are the new Nazis and NSB,” the acronym of a pro-Nazi political party during the 1930s and 1940s.

Two days later, Baudet posted a picture of a child unable to attend a seasonal holiday procession juxtaposed with a picture of a child wearing a yellow star during the Holocaust in Poland. Later last month he posted a sign requiring vaccination certificates at the entrance to the museum on the grounds of the Buchenwald former concentration camp. He added this was “the pinnacle of irony.”

“I am extremely sad that I am not allowed to express what I believe in, and I will not accept it. We will definitely be appealing,” Baudet wrote Thursday on Twitter.

The ruling, issued on a lawsuit filed against Baudet by several Jewish community organizations and a Holocaust survivor, is one of the first legal actions in the world taken against comparisons between COVID-19 measures and the Holocaust. Such comparisons have proliferated worldwide amid growing resistance to government-introduced restrictions aimed at curbing the spread of the pandemic.

Elsewhere in Europe, similar equivalencies abound. In Poland, at a Tuesday protest in Warsaw against COVID-19 measures, the country’s ultranationalist Confederation party unveiled a sign reading “vaccination makes you free.” Written on an arch-shaped placard, it was a reference to the infamous metal sign reading “work makes you free” outside the Auschwitz concentration camp that the Nazis built in occupied Poland.

Polish Prime Minister Mateusz Morawiecki said in a Facebook post that the banner painted “a dramatic and dark picture of how low some politicians and protesters can fall in mindless, anti-vaccine rhetoric,” Reuters reported.

Ronny Naftaniel, the chairman of the Central Jewish Organization of Dutch Jews, or CJO, wrote on Facebook that the ruling against Baudet does not prevent him from criticizing the government’s COVID-19 measures, only his use of the Holocaust to do so.

“Also without the inaccurate and nasty comparisons with the Holocaust, Baudet can continue to practice his democratic right to criticize the COVID-19 policy” of the government, Naftaniel wrote.