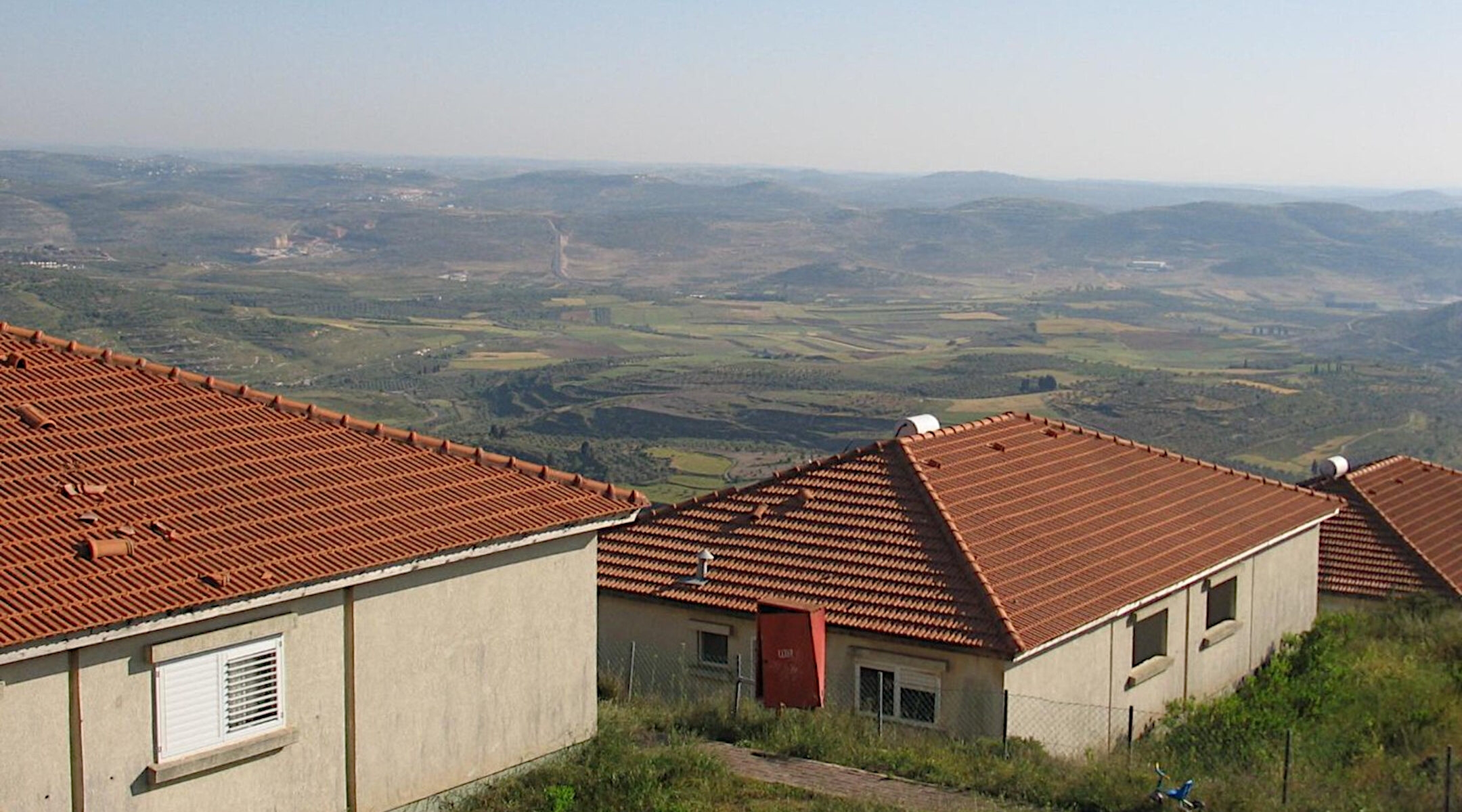 A view of the southern edge of the Israeli settlement of Homesh in the northern West Bank prior to its evacuation in 2005. (Wikimedia Commons/Neriah Haroeh)
Advertisement

(JTA) — A 25-year-old Israeli was killed in a shooting attack in the West Bank late Thursday.

Israeli Prime Minister Naftali Bennett has vowed to find the people responsible for killing Yehuda Dimentman, a 25-year-old who lived in the West Bank settlement of Shavei Shomron and studied at a yeshiva in Homesh, an outpost of Israeli settlers located about 20 miles east of Netanya.

The Homesh outpost was set up without authorization from the Israeli government next to the one-time settlement of the same name. The government evacuated and demolished the Homesh settlement in 2005 as part of its efforts to withdraw from Gaza and some West Bank settlements.

Dimentman was riding in a car with two others to the outpost when they were ambushed by shooters with automatic weapons. The other passengers sustained minor injuries.

Dimentman, who is survived by his wife and 9-month-old son, was buried in Jerusalem Friday. At his funeral, the head of the yeshiva where he studied and others vowed to defend Homesh, and his brother said Dimentman was committed to living and studying there.

“Living according to Torah wasn’t easy for Yehuda but he knew it was his mission,” Shlomi Dimentman said, according to Ynet. “He bowed to no one. Wherever he felt he needed to be, he went and was loved by all. He never made allowances for himself, not in the cold of winter, not on Shabbat. His wife and he lived in a tin hut and they were happy there.”

The attack comes amid a spate of violent attacks by Palestinians against Jews in the West Bank and Jerusalem. Dimentman is the second settler to be killed this year in the West Bank, after a 19-year-old yeshiva student was shot and killed while waiting at a bus stop in May.

Meanwhile, violent attacks by Jewish settlers against Palestinians are up 50% in the last year, according to a recent Times of Israel analysis.