Washington, D.C., 3rd-graders told to reenact scenes from the Holocaust 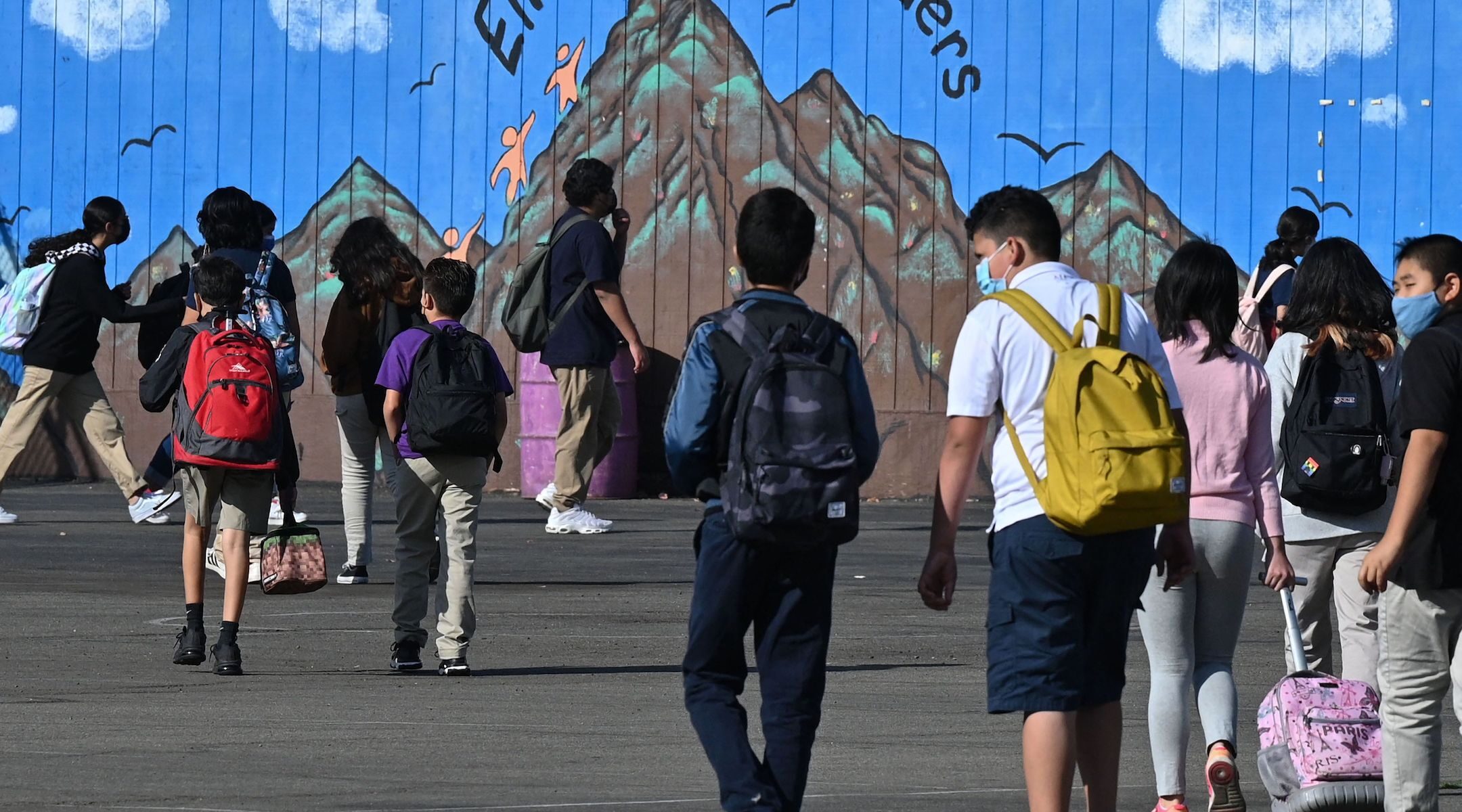 (JTA) — Students at a Washington, D.C. elementary school were instructed by a staff member to reenact scenes from the Holocaust Friday, according to The Washington Post.

When the third-grade students asked why the Germans killed Jews, the staff member said it was “because the Jews ruined Christmas.”

The student at Watkins Elementary School were supposed to be working on projects in the library Friday when the staff member told the students to reenact scenes from the Holocaust.

The woman reportedly told one student, who is Jewish, to play the role of Adolf Hitler and to pretend to commit suicide. Another student was told to pretend that he was on a train to a concentration camp and then to act as if he were dying in a gas chamber.

Classroom simulations in which students act out the roles of oppressed people have fallen out of favor in recent years as educators have reckoned with the fact that the activity may traumatize students or reinforce historical patterns of abuse. Teachers across the country have faced criticism for asking children to pretend to be African American slaves, Jim Crow-era Black and white Americans and, in at least one case, George Floyd and the police officer who killed him.

At the D.C. school, the staff member told students not to tell anyone about the reenactment, but the students told their homeroom teacher. She was placed on leave that same day.

The school’s principal, MScott Berkowitz, condemned the incident in an email to parents and said all students in the class met with the school’s mental health team.

“I want to acknowledge the gravity of this poor instructional decision, as students should never be asked to act out or portray any atrocity, especially genocide, war, or murder,” Berkowitz said in the email.