‘Brilliant’ is how Dr. Ruth describes Tovah Feldshuh’s portrayal of her 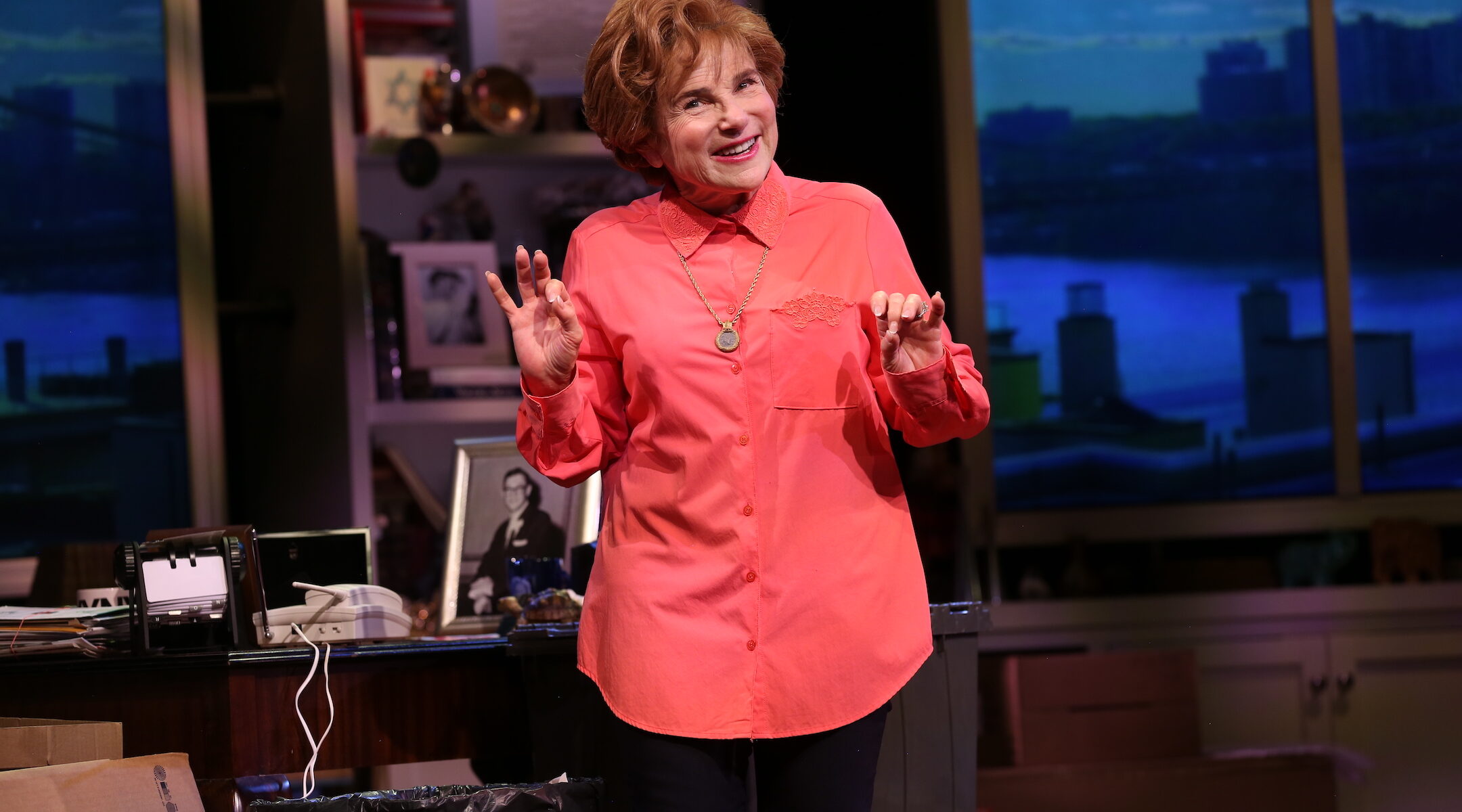 But it’s unlikely any other actor in the role has done as much homework and character study as Tovah Feldshuh, who is starring as Dr. Ruth in the off-Broadway production now underway at the Museum of Jewish Heritage in Lower Manhattan.

Feldshuh — a longtime friend of Westheimer’s and a powerhouse in her own right — met with her every Wednesday to prepare for the role, usually at Westheimer’s apartment in Washington Heights. Fifteen days of rehearsals helped mold the story and the script to reflect the most accurate and illustrative parts of Westheimer’s life and personality, as Feldshuh told me during a conversation I moderated with her and Westheimer. (The Zoom conversation, which was held in a partnership between The New York Jewish Week and the museum, can be seen below — or click here.)

While Westheimer is best known for her groundbreaking sex advice on radio and television, the play touches on her early life and rise to prominence. Born in Germany in 1928, she was sent to Switzerland on the Kindertransport at the age of 10 — it the last time she saw her immediate family. At 17, she arrived in Palestine, where she trained as a sniper in the Haganah, the Zionist military organization that fought for Israeli independence. Westheimer later moved to Paris to study at the Sorbonne and arrived in New York in 1956. She obtained her master’s degree and doctorate in education despite never being able to attend high school.

As for Feldshuh, she’s is no stranger to playing powerful Jewish women. She originated the role of “Yentl” on Broadway in 1975, and she also played Israeli Prime Minister Golda Meir in “Golda’s Balcony” — which became the longest-running one-woman play in Broadway history. Feldshuh has also had roles as Leona Helmsley and Ruth Bader Ginsburg.

“Becoming Dr. Ruth” opened last Thursday and, COVID permitting, will close on January 2, 2022. Despite a retooled opening party and a limited audience due to the recent spike in COVID cases in the city, Feldshuh was excited about the audience’s energy. “The opening was thrilling,” Feldshuh said.“I’ve played cities all over the world, including London, Sydney, Melbourne — to play your hometown, there’s nothing like it. The heat of the New York audiences, there’s no parallel.”