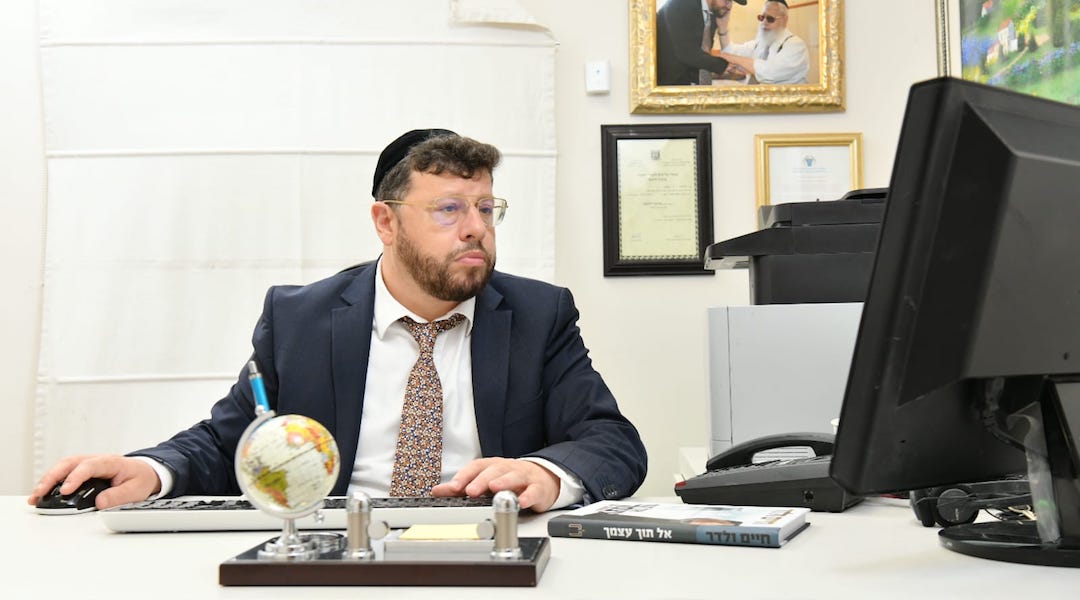 His body was found in a cemetery in Petah Tikva, in central Israel, after a passerby heard a gunshot and called police, according to Israeli news reports.

Walder’s death came a day after the Israeli newspaper Haaretz reported that a rabbinical court in Safed had heard testimony from 22 young women about alleged abuse at Walder’s hands. The abuse dated as far back as 25 years ago and as recently as six months ago, reported Haaretz, which shook up the Orthodox world last month when it first revealed a smaller set of allegations against Walder.

Walder, who was 53, had a wildly successful career as a columnist, radio host, teacher, public speaker and most notably, author of the successful children’s book series “Kids Speak.” In addition to his writing, Walder also worked as a therapist and was honored in 2003 with the Israeli prime minister’s “protector of the child” award. Several women accused him of initiating sexual relationships with them when they approached him for counseling, according to Haaretz.

The accounts of alleged abuse led to an unusually strong reaction within the haredi Orthodox community, which has tended to sweep accusations of bad behavior under the rug rather than publicly oust abusers. After a New York Jewish bookstore, Eichler’s, announced it would no longer sell Walder’s books, which had been required reading in many Orthodox homes, a flood of consequences followed.

Walder’s longtime publisher, Feldheim Publishers of Nanuet, New York, tweeted that it would remove Walder’s books from shelves while the allegations against him were being investigated. Yated Neeman and Radio Kol Hai, two Israeli news organizations, suspended Walder from his positions at the companies in the wake of the allegations, according to Israeli news site Arutz Sheva. Several prominent rabbinic leaders urged parents to remove his books from their homes.

And the rabbinical court was holding hearings, which Walder had reportedly declined to participate in.

“It is too bad he chose this path, we had offered him the option to fix what he had broken. To apologize to his victims. To change his ways. To ensure that no more women would be harmed,” the head of that court, Sefad Chief Rabbi Shmuel Eliyahu, said in a statement Monday reported in Israeli media. “We send strength to the many victims in these difficult times, their lives precede his life.”

Advocates for victims of sexual abuse in the Orthodox world said they were heartened by the unusual reaction and hoped it would become the norm with future allegations. On Monday, they took on the role of counseling victims and others who were learning of Walder’s death.

“There’s no easy or right way to process news like this,” the group Zaakah wrote on Facebook. “While some may consider his death a relief, many others, including his numerous victims, see it as a denial of justice.”