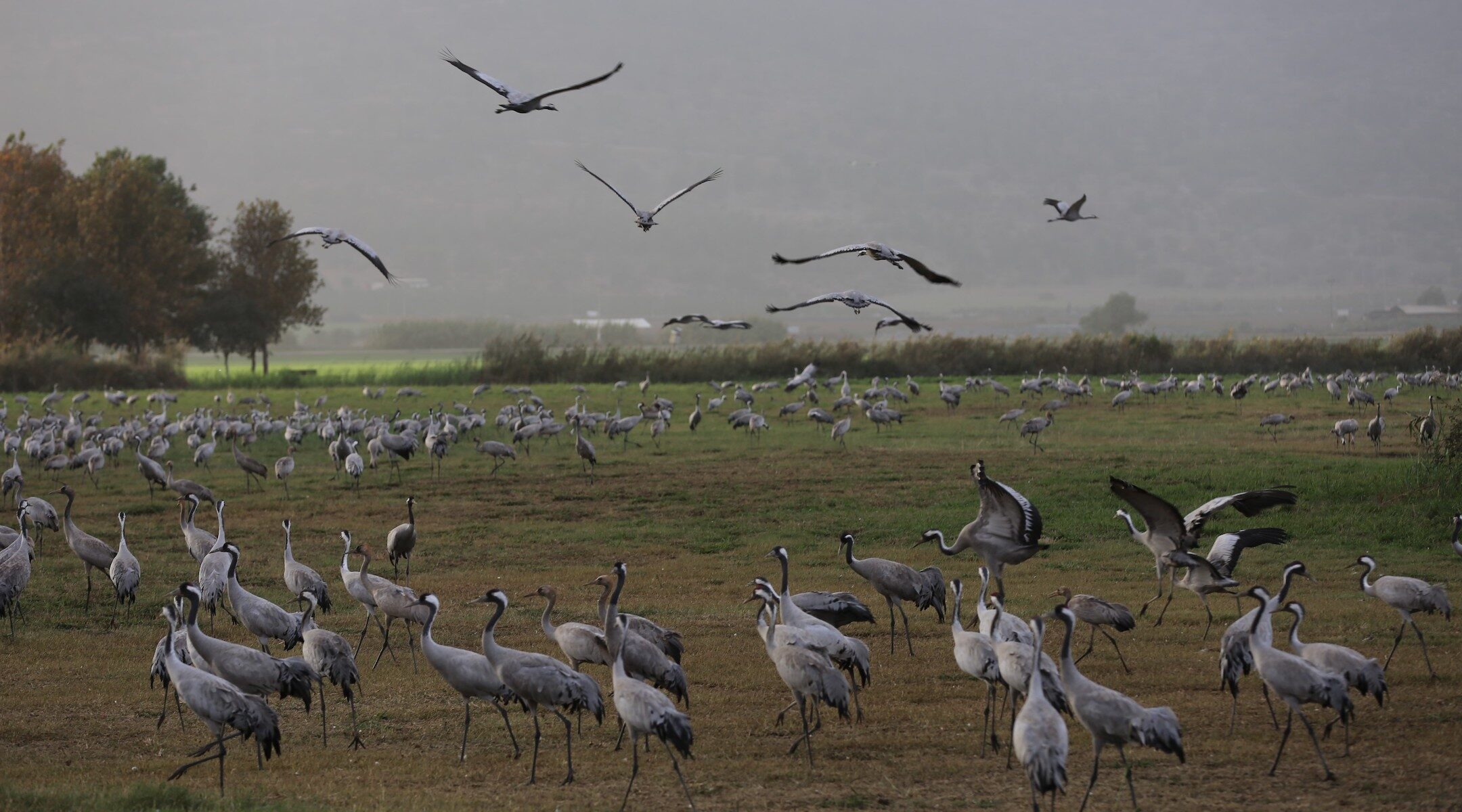 A flock of gray cranes are seen in the Hula Valley in northern Israel, Dec. 9, 2021. (Shang Hao/Xinhua via Getty Images)
Advertisement

(JTA) — As the Omicron variant of the coronavirus spreads across Israel, scientists in the country are worried about a new infectious disease threat: an avian flu that has killed thousands of wild birds migrating through Israel in the past month and has already spread to Israeli poultry farms.

Thousands of crane carcasses from birds infected with the disease have been found at the Hula Lake Reserve in the north of Israel, which becomes a major site for migrating birds to feed as they fly through the country twice each year.

The Israeli government is now killing off thousands of chickens in an effort to stop the flu from spreading unchecked through poultry farms, and to reduce the chances of the flu jumping from birds to humans.

Israel’s Environmental Protection Minister Tamar Zandberg said the flu caused “the worst blow to wildlife in the country’s history,” according to The Times of Israel. More than half a million chickens from Israeli farms have been killed thus far.

Amnon Lahad, chairman of Israel’s National Council for Community Health, told The Times of Israel that the spread of the avian flu was “very concerning.”

“It’s made the move from wildlife to stock animals, and I’m hoping it won’t make the next step to humans,” he told the publication.

Lahad noted that while avian flus do not tend to spread as quickly among humans as the coronavirus, the prospect of the virus jumping to humans is still concerning.

“Nevertheless, we don’t want to see this reaching humans. We have Omicron — we really don’t need another infectious disease,” he said.