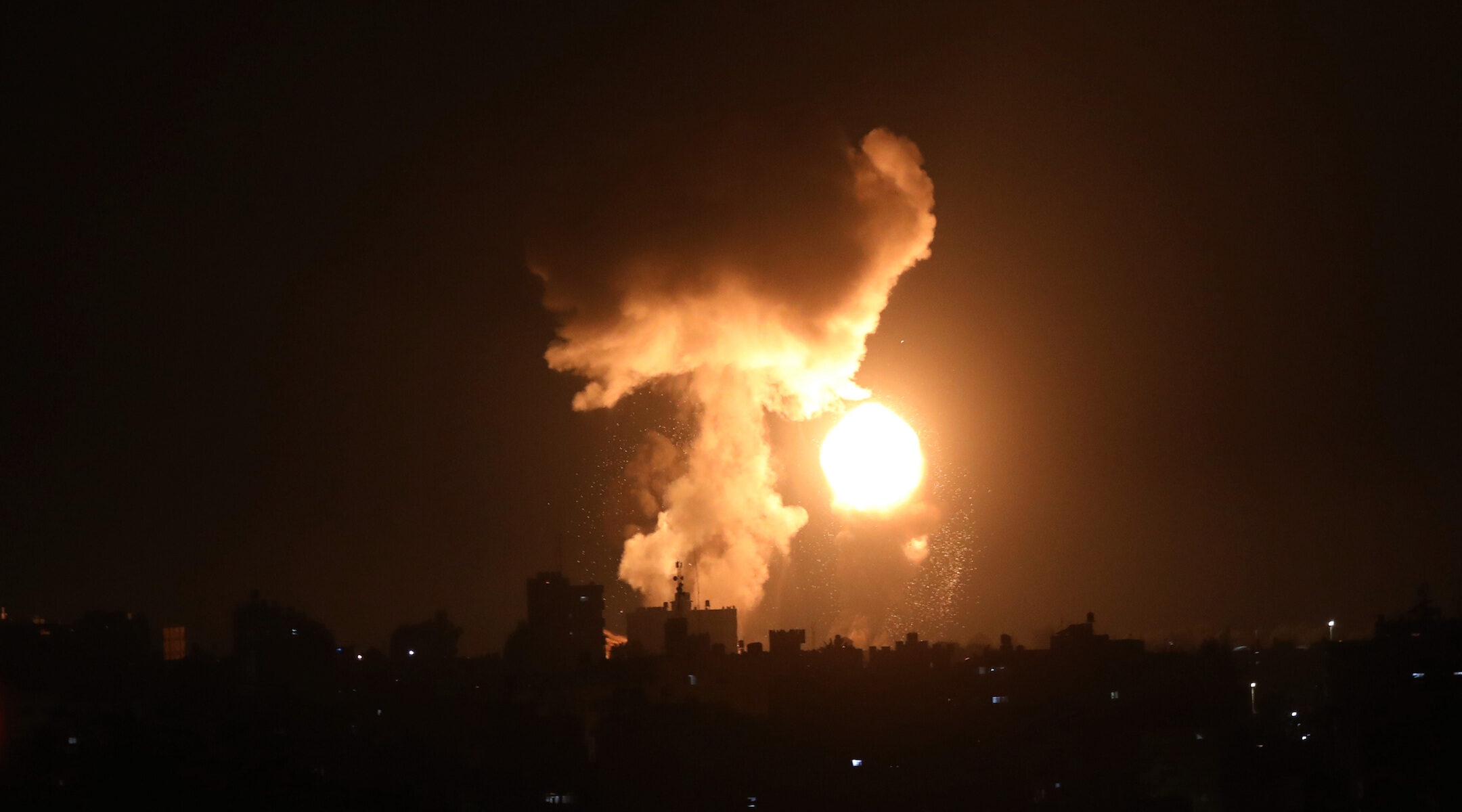 (JTA) — Israel launched an airstrike on Gaza early Sunday morning after missiles launched from the Gaza strip Saturday landed in the Mediterranean off the coast of Tel Aviv and the Israeli city of Palmachim.

Israeli officials believe the missiles to have been launched by the Islamic Jihad group and not by Hamas, the group which rules Gaza and is considered a terrorist organization by the United States, Israel and other countries.

But Israel’s army held Hamas responsible for the breach of the ceasefire between Hamas and Israel, which has largely held since the most recent hostilities in May.

“Hamas is responsible and bears the consequences for all activity in and emanating from the Gaza Strip,” the Israel Defense Forces said in a statement, according to The Times of Israel.

Israeli tanks attacked a Hamas outpost in the northern part of the Gaza Strip in addition to the airstrike.

While it is unclear exactly what prompted the rocket launch from Gaza, the fate of a Palestinian hunger striker in an Israeli prison could lead to further tensions. Hisham Abu Hawash has been on a hunger strike for over 130 days and his condition is reported to be worsening.

The rocket fire and airstrike came just one day after an attempted stabbing Friday near the Israeli settlement of Ariel and a few days after an Israeli man was shot and lightly injured while working at a site on the border between Israel and Gaza. The man, a defense contractor, was performing maintenance work on Israel’s border fence. Israeli tanks attacked Hamas military posts and returned fire after the shooting, injuring three Palestinians.