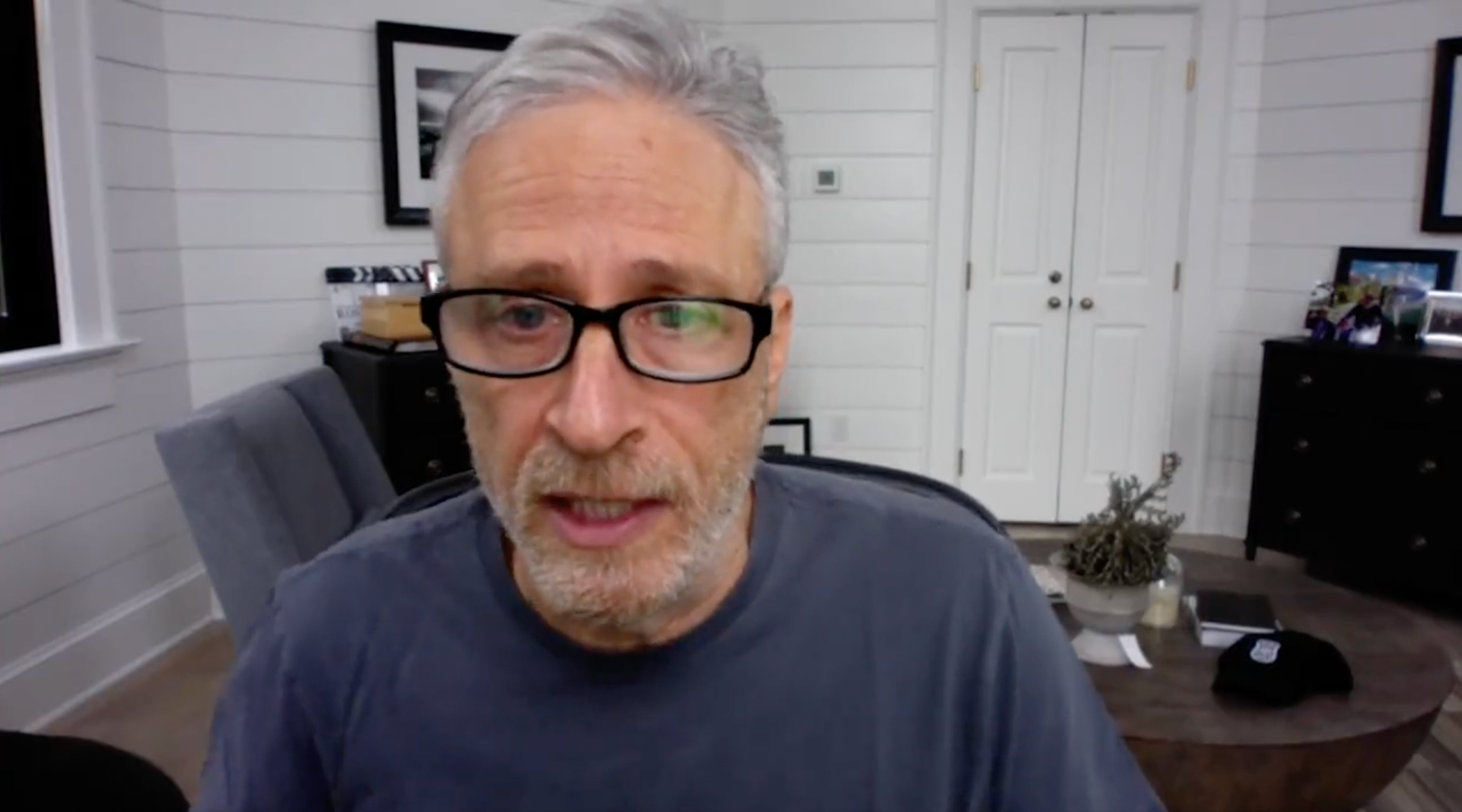 (JTA) — Jon Stewart thinks we all missed the joke.

Following a recent podcast in which he suggested that goblin characters in the “Harry Potter” series resembled antisemitic caricatures, the Jewish comedian posted a follow-up video to Twitter on Wednesday, saying that he did not mean to accuse the series’ author J.K. Rowling of antisemitism.

“Let me just say this, super clearly, as clearly as I can… I do not think J.K. Rowling is antisemitic,” Stewart, responding to articles in Newsweek and elsewhere, said about the conversation he had on a late 2021 episode of the podcast tied to his Apple+ show, “The Problem With Jon Stewart.” “I did not accuse her of being antisemitic. I do not think that the ‘Harry Potter’ movies are antisemitic. I really love the ‘Harry Potter’ movies, probably too much for a gentleman of my considerable age.”

In his earlier podcast episode, Stewart talked about the series’ goblin characters, who run the wizarding world’s bank and covet gold. Stewart compared the movie version of the characters to stereotypes found in the infamous antisemitic tract “The Protocols of the Elders of Zion.”

“It was one of those things where I saw it on the screen and I was expecting the crowd to be like ‘holy shit, she did not in a wizarding world just throw Jews in there to run the f—ing underground bank,'” he said.

The Jewish Telegraphic Agency’s sister site Alma published an article on Stewart’s comments on Monday, and several other outlets have covered the podcast episode since.

In his video on Wednesday, Stewart insisted that he was only describing his experience watching the first film in the series “as a Jewish guy,” and how “some tropes are so embedded in society that they’re basically invisible even in a considered process like moviemaking.”

“There is no reasonable person that could’ve watched it [the podcast] and not seen it as a lighthearted conversation,” he said.

Stewart was far from the first commentator to point out perceived antisemitic stereotypes in the goblin characters, especially as criticism of Rowling’s social media posts has snowballed in recent years.

An English high school dropped Rowling’s name from one of its houses this week in response to demands from students critical of some of the author’s past comments about transgender people.