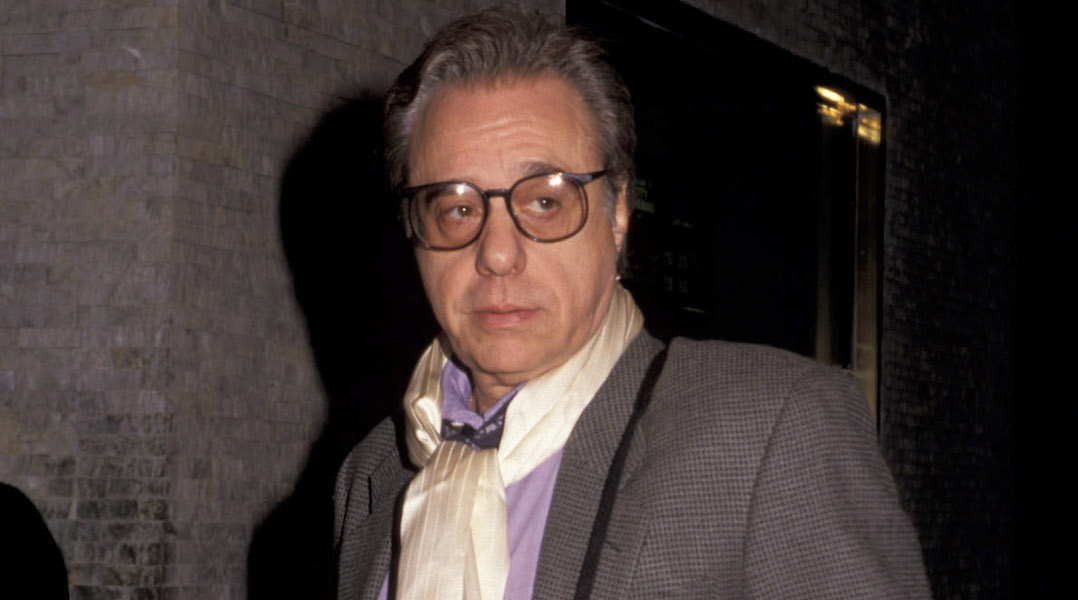 (JTA) — Peter Bogdanovich, the Oscar-nominated movie director and actor whose films, ego and off-camera exploits encapsulated the personality-driven excesses of 1970s Hollywood filmmaking, has died at 82. His death was announced Jan. 6 and first reported by Variety.

Bogdanovich’s mother, Herma Bogdanovich, was an Austrian Jew. His father, Borislav Bogdanovich, was an Orthodox Christian painter from the former Yugoslavia who, according to the family lore, gave up his art career in order to secure visas for Herma and her mother to help them escape antisemitic persecution in Austria, which the Nazis invaded in 1938. The Bogdanoviches arrived in New York in time for the 1939 World’s Fair; Peter was born soon after their arrival.

A voracious moviegoer (he was said to have seen 400 a year), Bogdanovich began his professional career in the 1960s as a film critic for Esquire and programmer for the Museum of Modern Art before making the transition into filmmaking, following in the footsteps of his heroes in the French New Wave. He got his start making low-budget fare for Jewish shlock pioneer Roger Corman, then broke into the big leagues in 1971 with “The Last Picture Show,” a coming-of-age drama set in small-town Texas starring Jeff Bridges and Cybill Shepherd (who became the director’s partner after he began an affair with her during filming).

“The Last Picture Show” became a critical and commercial smash, scoring Bogdanovich Oscar nominations for best director and best adapted screenplay, and turned its 32-year-old director into a wunderkind whom the press frequently compared to his idol, Orson Welles. Bogdanovich’s 1972 follow-up “What’s Up, Doc?” was also a hit, and as a bonus, the screwball comedy helped make a Jewish sex symbol out of star Barbra Streisand. The filmmaker subsequently co-founded a first-of-its-kind Director’s Company under Paramount Pictures with fellow “movie brats” Frances Ford Coppola and William Friedkin; the deal promised the three men unprecedented creative freedom, but soon fizzled out.

Although Bogdanovich enjoyed a decades-long career in Hollywood, making more well-received films including “Paper Moon” and “Mask,” he never again matched the level of his early successes, and a string of flops combined with his lavish lifestyle and lurid tabloid drama — Playboy model Dorothy Stratten, with whom he had an affair on the set of 1981’s “They All Laughed,” was subsequently murdered by her husband — would later put him into financial trouble.

But the director never lost his irascible spirit for the screen, and enjoyed a separate career as an actor making full use of his bespectacled, obsessive persona. Bogdanovich’s most well-known onscreen role was a recurring guest spot on HBO’s “The Sopranos,” in which he played Dr. Elliot Kupferberg – a therapist with a very Jewish-sounding name who sits at enough of a remove from the mob family at the show’s center to display an obsessive fascination with them.

Though Bogdanovich rarely discussed his religious background in interviews, he was by all accounts proud of his father’s role in rescuing his Jewish mother from Europe. “He was a really great painter and very highly praised in the former Yugoslavia,” Bogdanovich said of his father Borislav in a 2019 interview with New York magazine, “but he gave all that up to save my mother and her family because they were Jewish. He wasn’t, but they were.”

His sister, Anna Thea Bogdanovich, maintains an online archive of their parents’ work, and the two had intended to produce a documentary about Borislav’s rescue of Herma.

In 2018, with the help of Netflix and a group of his former collaborators, Bogdanovich played a large role in completing and releasing “The Other Side of the Wind,” the final unfinished film by his mentor Orson Welles, originally shot during Bogdanovich’s prime in the 1970s. Bogdanovich also has an acting role in the film — as a hotshot young director.