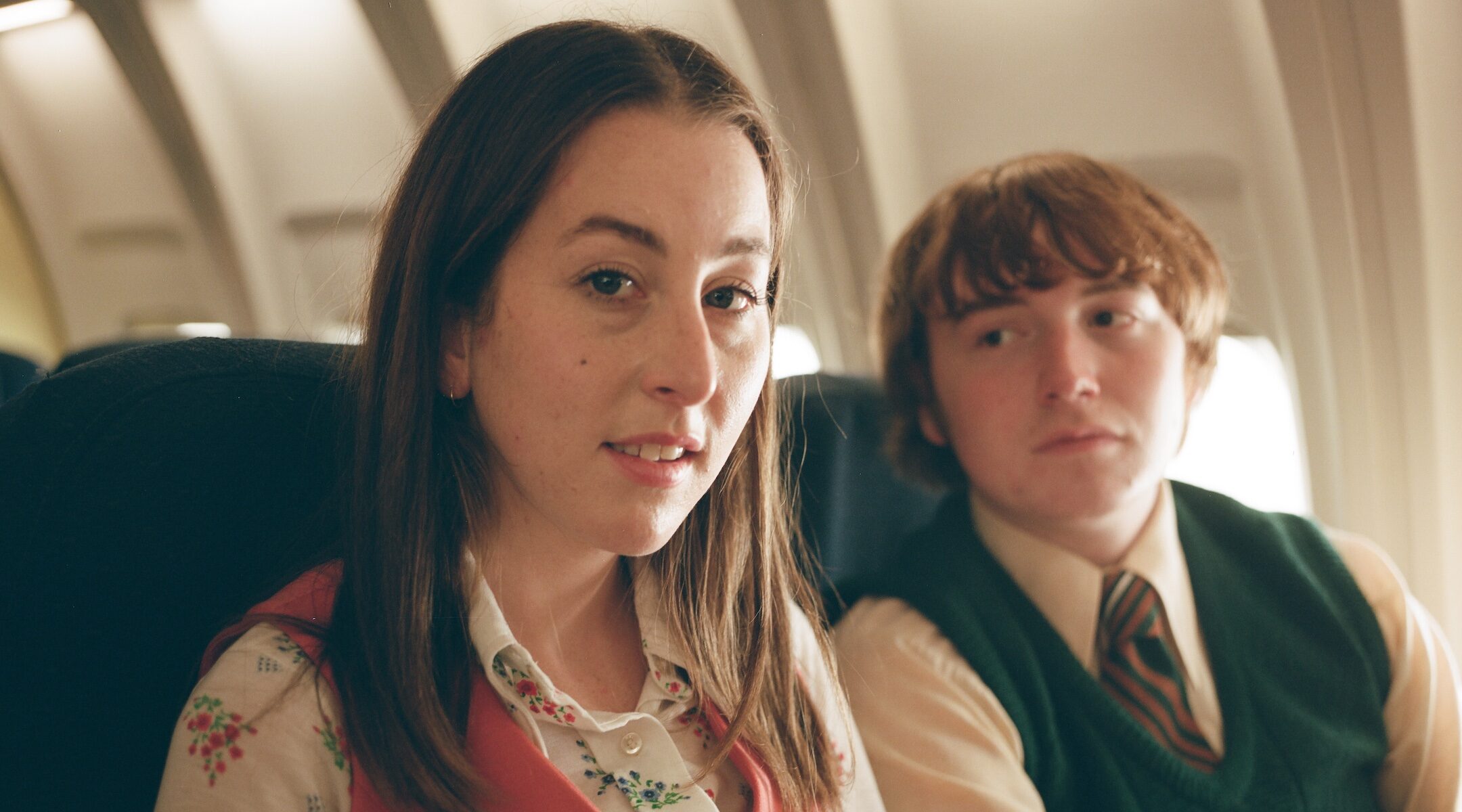 (JTA) — This year, everyone seemed to have an opinion about how the entertainment industry views Jewish women.

The comedian Sarah Silverman and others openly inveighed against what she deemed “Jewface,” or the trend of casting non-Jewish actresses as (Ashkenazi) Jewish women; a plotline on this year’s “Curb Your Enthusiasm” season mocked a similar idea by having Larry David cast a Latina actress as a Jewish character on a show about his childhood.

Whether you agree with Silverman or not, it’s hard to hear a term like “Jewface” and not think about the way Jewish characters have historically looked onscreen. For much of the 20th century, show business and popular culture considered stereotypical “Jewish” traits — curly hair, olive skin, a prominent nose — either “exotic,” comic or worse, inspiring countless Jewish women to undergo rhinoplasty. It wasn’t until Barbra Streisand flaunted her “Jewish” looks beginning in the late 1960s — as Bette Midler would a few years later — that the culture began to shift. Streisand, writes her biographer Neal Gabler, “had somehow managed to change the entire definition of beauty.”

Now, at the end of 2021, along comes a film set in the 1970s with a female Jewish protagonist who is not only played by a Jewish actress, but is also portrayed as a sex symbol.

The film is “Licorice Pizza,” the latest from acclaimed writer-director Paul Thomas Anderson, and it opened wide in theaters on Christmas after several weeks of limited release. And the character is Alana Kane, played by singer Alana Haim of the band Haim, making her screen debut.

In the film, Alana is an aimless, guileless San Fernando Valley twentysomething who gains maturity and an entrepreneurial spirit after befriending Gary Valentine, an overconfident child actor (Cooper Hoffman, son of Philip Seymour Hoffman) who enlists her in various business schemes and convinces her to make a go at acting. The two of them enter a teasy, flirty codependency – Gary, not even 16, makes his attraction to Alana known early and often, especially when the two open a waterbed business together and he instructs her to “act sexy” when selling the kitschy relics over the phone.

But it’s not just Gary. Seemingly everyone in the movie, from lecherous older industry veterans to upstart young politicos, is obsessed with Alana — not in spite of her obviously Jewish appearance, but because of it. Anderson plays up Haim’s physical parallels to the Jewish beauties of the era: a casting director (Harriet Sansom Harris) gushes over her “Jewish nose,” which she notes is a very in-demand look, while real-life producer Jon Peters (played by Bradley Cooper as a manic, sex-crazed lunatic), gets very handsy with Alana — after pointedly bragging that Streisand is his girlfriend.

“Licorice Pizza” is in line with ideas espoused in Henry Bial’s 2005 book “Acting Jewish: Negotiating Ethnicity on the American Stage and Screen,” particularly its chapter on the ’70s, which Bial described as the period when “Jews became sexy.” Streisand, at the time of her Broadway debut in the early ’60s, was described in reviews as a “homely frump” and “a sloe-eyed creature with folding ankles.” But by the ’70s, bolstered by her immense charisma and no-apologies attitude toward her own stardom, she was one of popular culture’s greatest sex symbols, even appearing on the cover of Playboy in 1977 — the year after starring in and producing her own “A Star is Born” remake. Her physical appearance didn’t change in the intervening time; only the public’s reactions to it did. 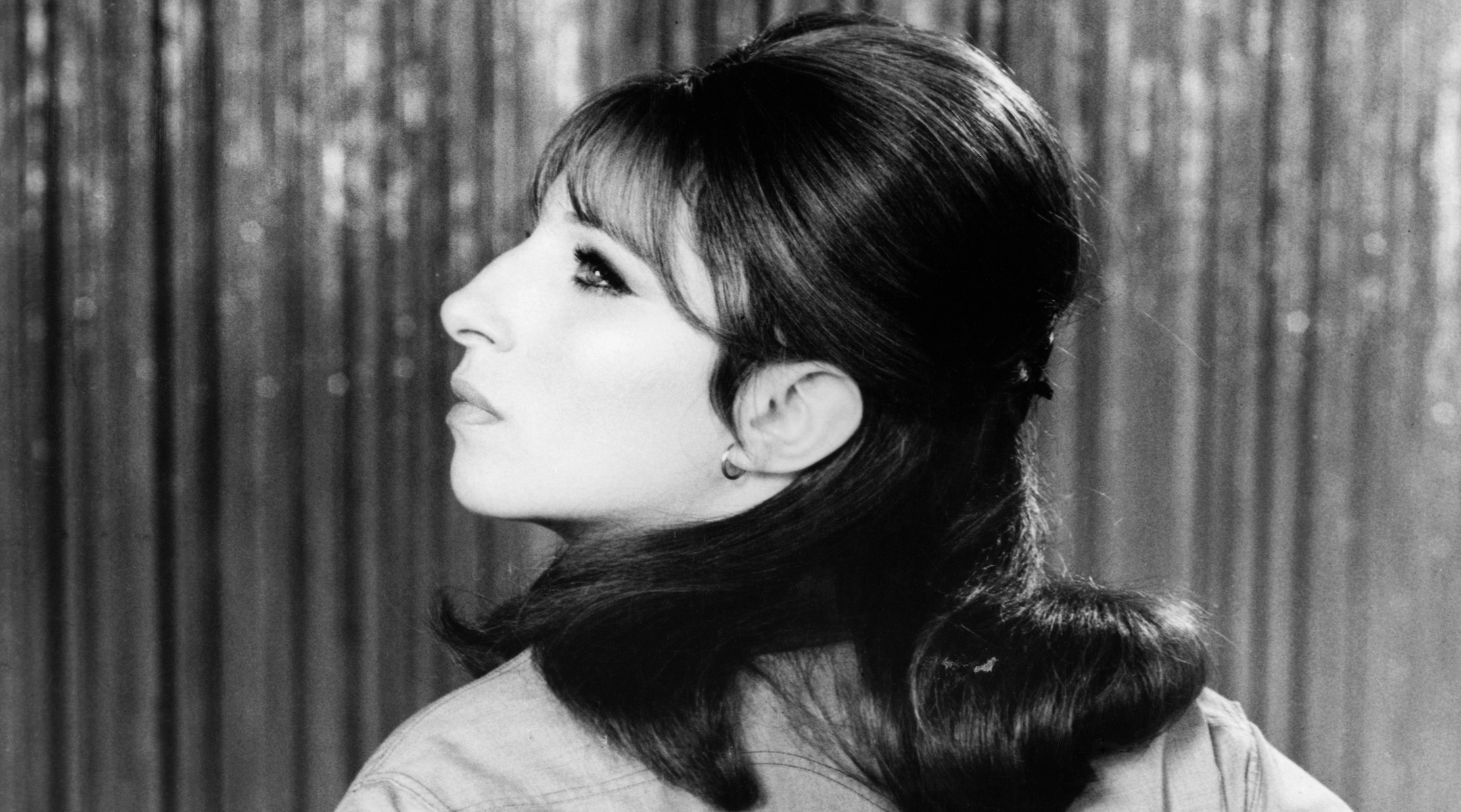 Barbra Streisand in the 1968 movie “Funny Girl,” when she was beginning to be embraced as a Jewish sex symbol. (John Springer Collection/CORBIS/Corbis via Getty Images)

Anderson himself was born in 1970, so the teenaged adventures in the film aren’t his memories specifically — they’re mostly those of his friend Gary Goetzman, a former child actor who lived through many of the episodes depicted in the movie. And Anderson himself is not Jewish, though his longtime partner Maya Rudolph, who has a small part in the film, is. Yet perhaps by virtue of being born into a world in which Jewish women were suddenly being considered sexy, Anderson seems to innately understand the period-specific sexual, cultural and spiritual dynamics that would lead to someone like Alana being celebrated for her looks.

Anderson wasn’t immune to those dynamics. As a child he had a crush on Alana Haim’s mother, Donna Rose, who was his art teacher: “I was in love with her as a young boy, absolutely smitten,” he told The New York Times, waxing rhapsodic about her “long, beautiful, flowing brown hair.”

For much of the film, Alana is unsure whether or how to leverage her sex appeal, as she also tries to figure out what she wants to do with her life. An attempt to respect the wishes of her traditional family (the other Haims, including their real parents, play the Kane clan) by dating a nice, successful, age-appropriate Jewish guy ends in disaster at a Shabbat dinner when the guy himself, Lance (Skyler Gisondo), refuses to say the “hamotzi” prayer.

The scene also touches on the debate over “religious” vs. “cultural” Judaism that has been raging in American Jewish circles since at least the time period when the film is set. While acknowledging he was “raised in the Jewish tradition,” Lance cites “Vietnam” as the reason why he now identifies as an atheist and can’t bring himself to recite a blessing. In response, Alana gets him to admit he’s circumcised before declaring, “Then you’re a f–king Jew!”

The moral of the scene might be the movie’s biggest lesson to impart about Judaism: It’s not just a belief system. It’s an innate part of you, affecting everything from your hair to your nose to your genitals. It can make you be perceived as ugly in one decade, and a bombshell in the next.