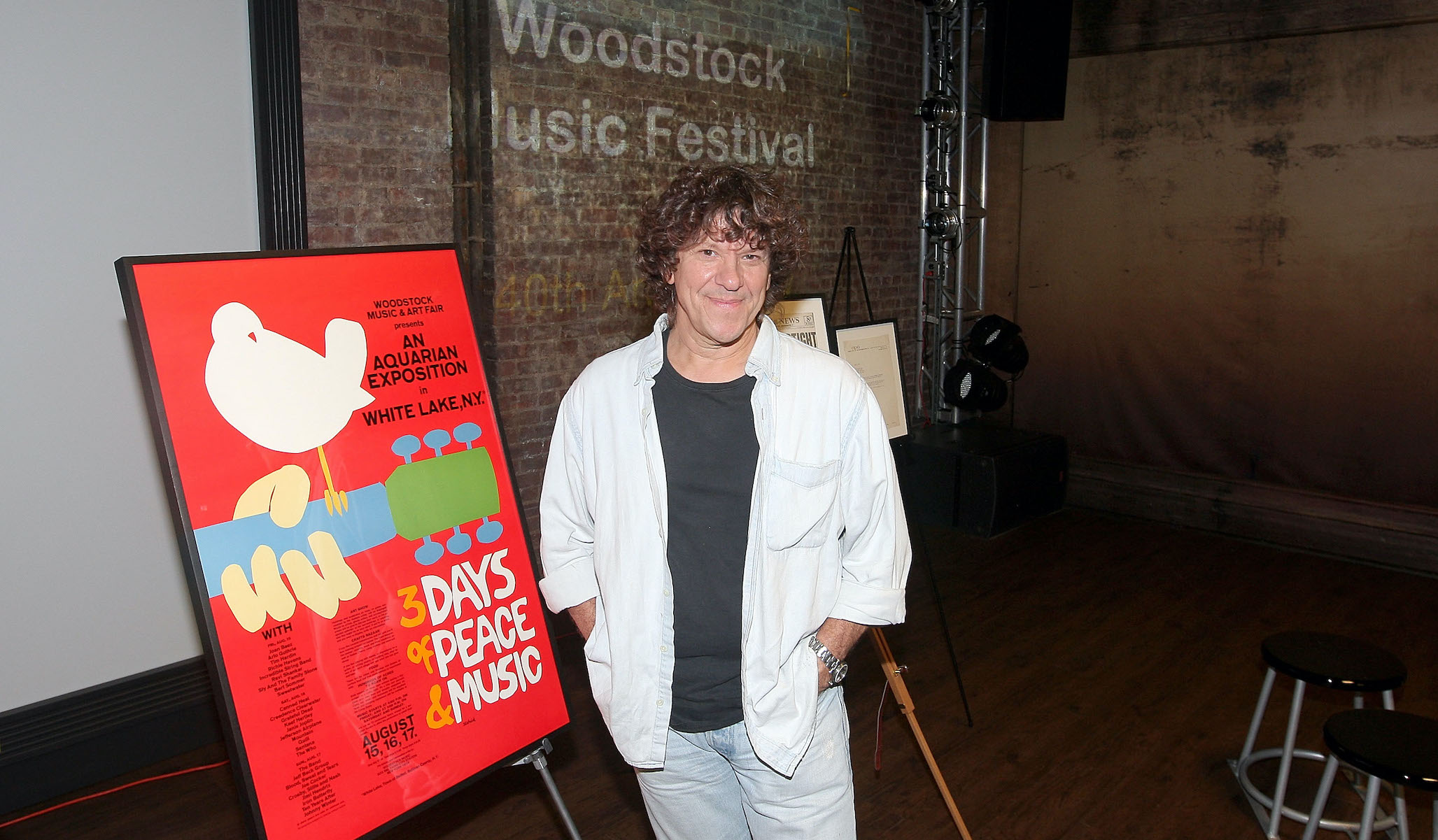 (New York Jewish Week via JTA) — Michael Lang, the Jewish co-creator of 1969’s legendary Woodstock Music and Art Fair, died on Saturday at Memorial Sloan-Kettering hospital in Manhattan. He was 77.

The cause, according to a family spokesperson, was a rare form of non-Hodgkin’s lymphoma.

A concert promoter who was just 24 at the time, he was one of several Jewish collaborators who made the generation-defining festival, billed as “Three Days of Peace and Music,” happen. Other key players included music executive and promoter Artie Kornfeld — another Brooklyn-born Jew — and businessman Joel Rosenman, a Jewish native of Long Island.

Perhaps most notably, when the initial plans to hold the festival in Woodstock, N.Y., fell apart, Max Yasgur, a Jewish dairy farmer in Bethel, N.Y., offered his land. Yet another Brooklyn-born Jew, Elliot Tiber, whose parents owned a motel in the area, wrote a memoir about the period saying he helped Lang land the new venue, although other accounts differ. Ang Lee adapted Tiber’s memoir for the 2009 film “Taking Woodstock,” with Jonathan Groff playing Lang.

Though the organizers had expected a crowd of 50,000, the Woodstock festival famously drew an estimated 400,000 people to Yasgur’s farm between Aug. 15 and 18, 1969. The performers were a veritable “who’s who” of rocks’ biggest acts at the time, among them the Grateful Dead, Santana, Janis Joplin, Creedence Clearwater Revival, Joan Baez, The Who, the supergroup Crosby, Stills, Nash & Young, and festival-closer Jimi Hendrix.

In his book, “The Road to Woodstock,” Lang credited his Jewish parents, who were small-business owners, with teaching him the skills he needed to pull off an event of such scale. His father, he said, “always taught me to be self-reliant. That was his thing — just take care of it. Early on, he gave me a strategy for getting out of tough situations: take charge and keep moving. Step back just enough to think clearly, and trust your instincts. That’s how he dealt with things, and this would serve me well.”

Lang was born in 1944 in Bensonhurst, Brooklyn. He briefly attended New York University before dropping out and opening a head shop in Miami selling cannabis paraphernalia, reportedly using money he saved from his bar mitzvah. He then became a concert promoter, helping to organize the 1968 Miami Pop Festival.

The following year, Lang returned to New York and was inspired to create the Woodstock extravaganza.

World-class music aside, the festival became equally iconic for its bad weather and intense traffic, which Daily News reported at the time was “the largest traffic jam in the history of the Catskills.”

Still, despite the mud and the food shortages, a spirit of unity prevailed among the attendees. “Your producers have done a mammoth job to see that you’re taken care of… they’d enjoy a vote of thanks,” farmer Yasgur told the sodden crowd on Day Three. “But above that, the important thing that you’ve proven to the world is that a half a million kids — and I call you kids because I have children that are older than you are — a half million young people can get together and have three days of fun and music and have nothing but fun and music, and I – God bless you for it!”

Lang’s involvement with Woodstock endured for decades: He produced the Woodstock ’94 festival and the ill-fated Woodstock ’99, which was marred by violence, sexual assault and three-digit temperatures. Lang had also hoped to produce Woodstock 50, a 2019 festival in honor of the original concert’s 50th anniversary, but various legal and venue issues meant that it never got off the ground.

Following the cancellation of Woodstock 50, Lang was asked by Rolling Stone if he worried about tarnishing Woodstock’s legacy. “It’s not something I consider,” he said in 2019. “What we did in 1969 was in 1969 and that’s what has endured and will continue to endure. We’re not going away.”