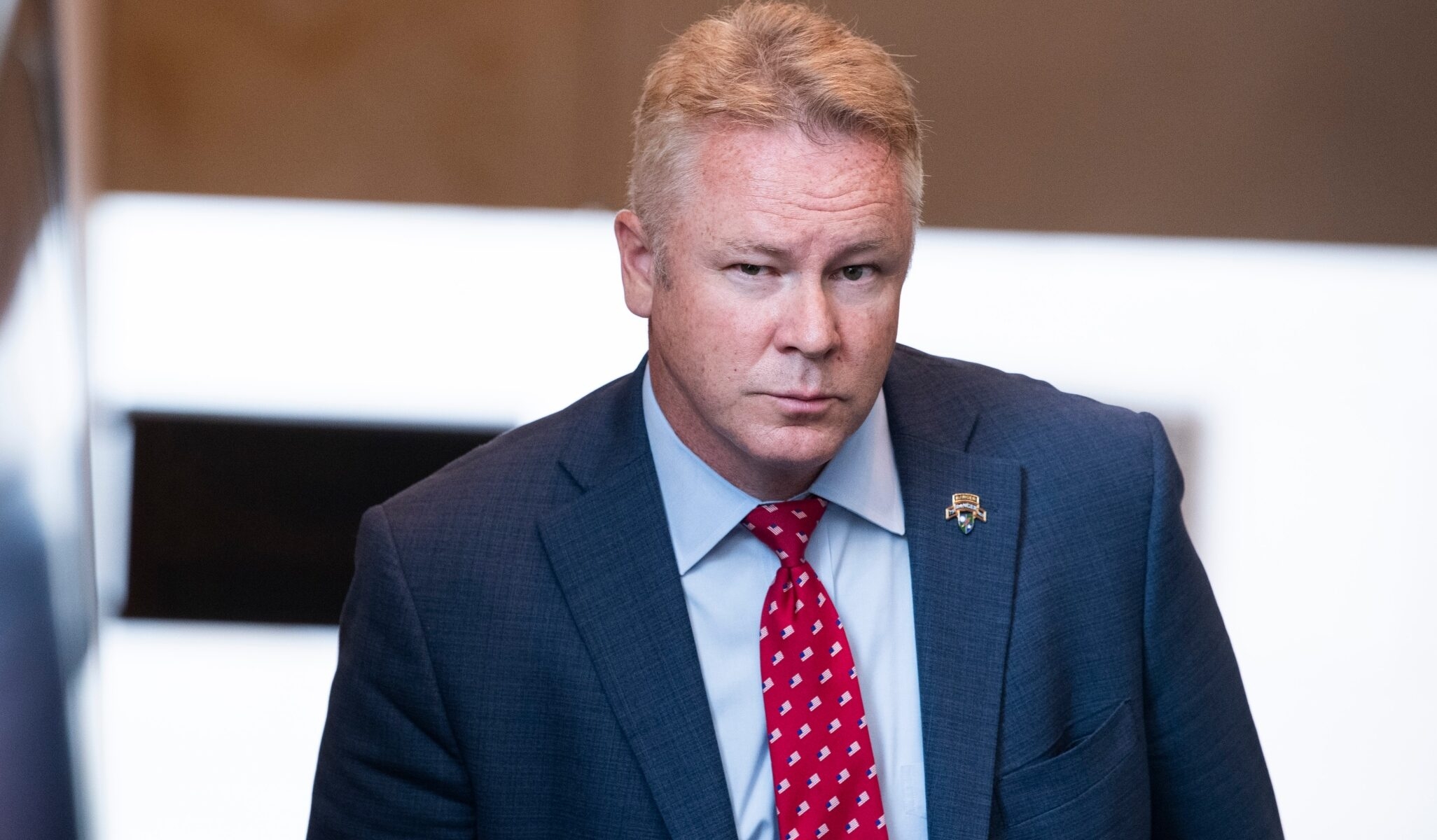 Rep. Warren Davidson, R-Ohio, is seen in the Capitol Visitor Center after a briefing by administration leaders on the U.S. withdrawal from Afghanistan on Tuesday, Aug. 24, 2021. (Tom Williams/CQ Roll Call, Inc via Getty Images)
Advertisement

WASHINGTON (JTA) — An Ohio Republican congressman has apologized for likening vaccine mandates to Nazi-era measures after a conversation with the state’s Jewish umbrella body.

“Bad things happen when governments dehumanize people,” Warren Davidson said in an apology he posted on Twitter on Thursday. “Sometimes there is a next step — to systematically segregate them. Unfortunately, any reference to how the Nazis actually did that prevents a focus on anything other than the Holocaust. I appreciate my Jewish friends who have explained their perspectives and feel horrible that I have offended anyone. My sincere apologies.”

Davidson in his original posting had attached a photo of a Nazi-era health status card and quoted a tweet by Washington D.C. Mayor Muriel Bowser mandating proof of vaccination for city residents going outdoors, starting this Saturday.

“This has been done before,” Davidson said Wednesday. He added the hashtag “#DoNotComply.”

In the same tweet thread, Davidson referred to a recent op-ed that argued that mocking people who die of coronavirus because they were unvaccinated is a healthy social phenomenon. “Dehumanizing and segregation are underway,” he said. He did not present any proof that any government official has made the same argument.

Davidson had come under fire from Jewish groups and Jewish Democrats for his initial tweet thread. He is the latest Republican to liken pandemic prevention measures to Nazi-era practices. Earlier this week, a Republican New York City Council member also apologized after making the comparison.

Davidson’s apology came after a conversation with Howie Beigelman, the executive director of Ohio Jewish Communities, the umbrella body for the state’s various Jewish organizations.

“We spoke about how comparisons to Nazis, Nazism, Nazi Germany and the Holocaust degrade public discourse and cheapen the memory of the survivors, the victims, the liberators, and others who resisted,” Beigerlman told the Jewish Telegraphic Agency in an email. “We agreed that passionate but civil debate about public policy can happen. Also, we did invite him to visit the Cincinnati Holocaust and Humanity Center, which is hopefully now in planning.”

Davidson did not delete his earlier tweets, which prompted a follow-up question from the American Jewish Committee, which had called him out for the comparison.

“Warren Davidson, if you are truly sorry for your shameful attempt to exploit the Holocaust for political gain, then why have you not deleted your hurtful tweets?” the group said Thursday on Twitter.