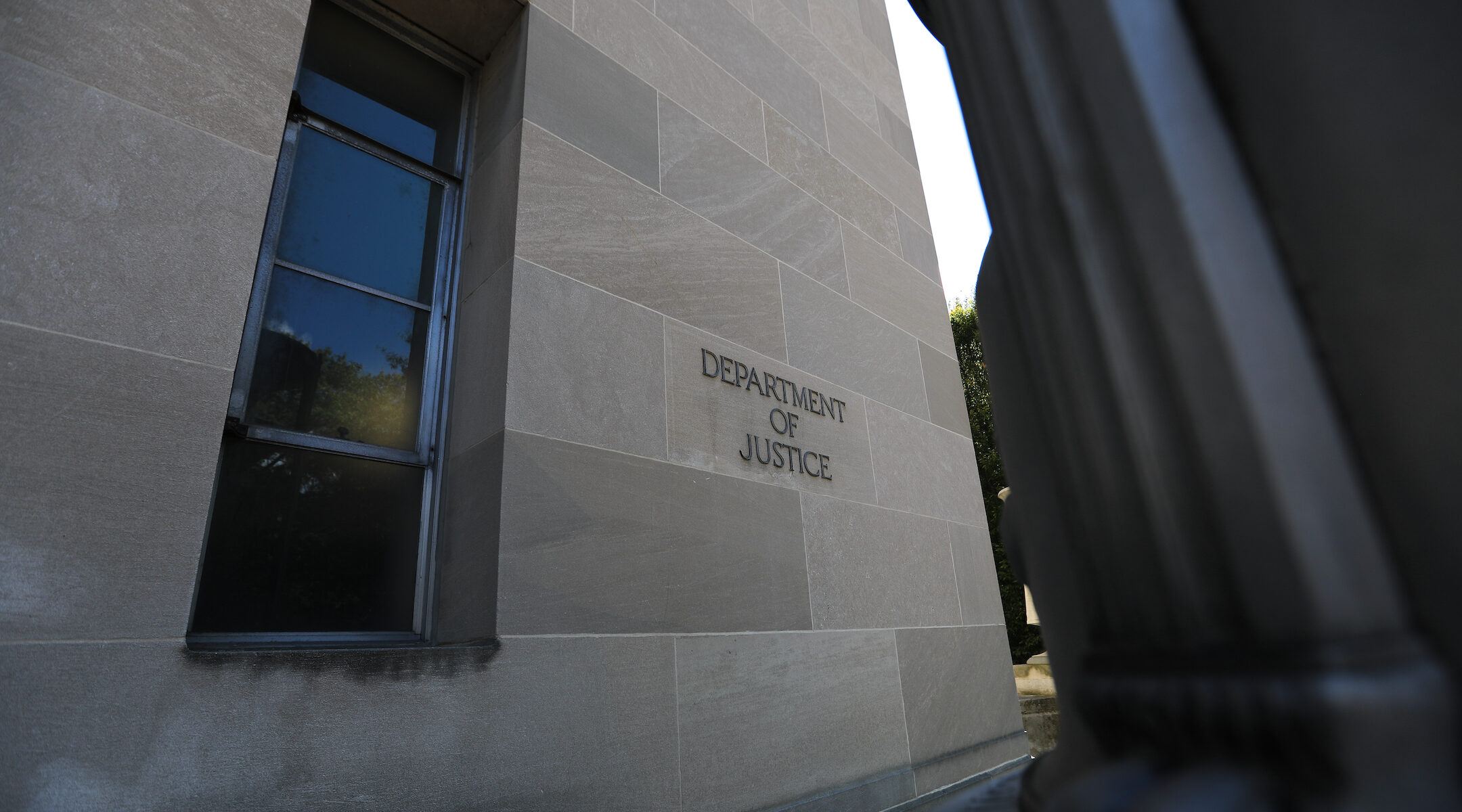 A view of the U.S. Department of Justice building in Washington D.C., Oct. 18, 2021. (Yasin Ozturk/Anadolu Agency via Getty Images)
Advertisement

(JTA) — The leader of a Neo-Nazi group that distributed threatening antisemitic flyers to local Jewish residents, journalists and activists who tried to expose antisemitism in Seattle was sentenced to seven years in prison on Tuesday.

Kaleb Cole, a leader of the Neo-Nazi group Atomwaffen, was convicted on several counts, including interfering with a federally protected activity because of religion, mailing threatening communications and conspiring to commit offenses against the United States, according to Axios.

“The defendant led a multi-state plot by a neo-Nazi group to threaten and intimidate journalists and advocates who were doing important work to expose anti-Semitism around the country. The Justice Department will continue to investigate and prosecute these hateful acts,” Kristen Clarke, assistant attorney general in the Justice Department’s Civil Rights Division, said in a statement.

According to the Anti-Defamation League, Atomwaffen is a Neo-Nazi group that was formed in 2016 and has already been connected to several murders as well as numerous antisemitic actions. The word “Atomwaffen” is German for atomic weapons and the group’s logo includes a Nazi Waffen SS symbol.

Cole created posters that read “you have been visited by your local Nazis” that were then distributed to local Jewish residents, journalists and activists in January 2020. The flyers also contained images, including one of a Molotov cocktail being lobbed at a house.

Some of the people targeted by the Atomwaffen flyers moved out of their homes or installed security systems after receiving the posters, according to the Justice Department