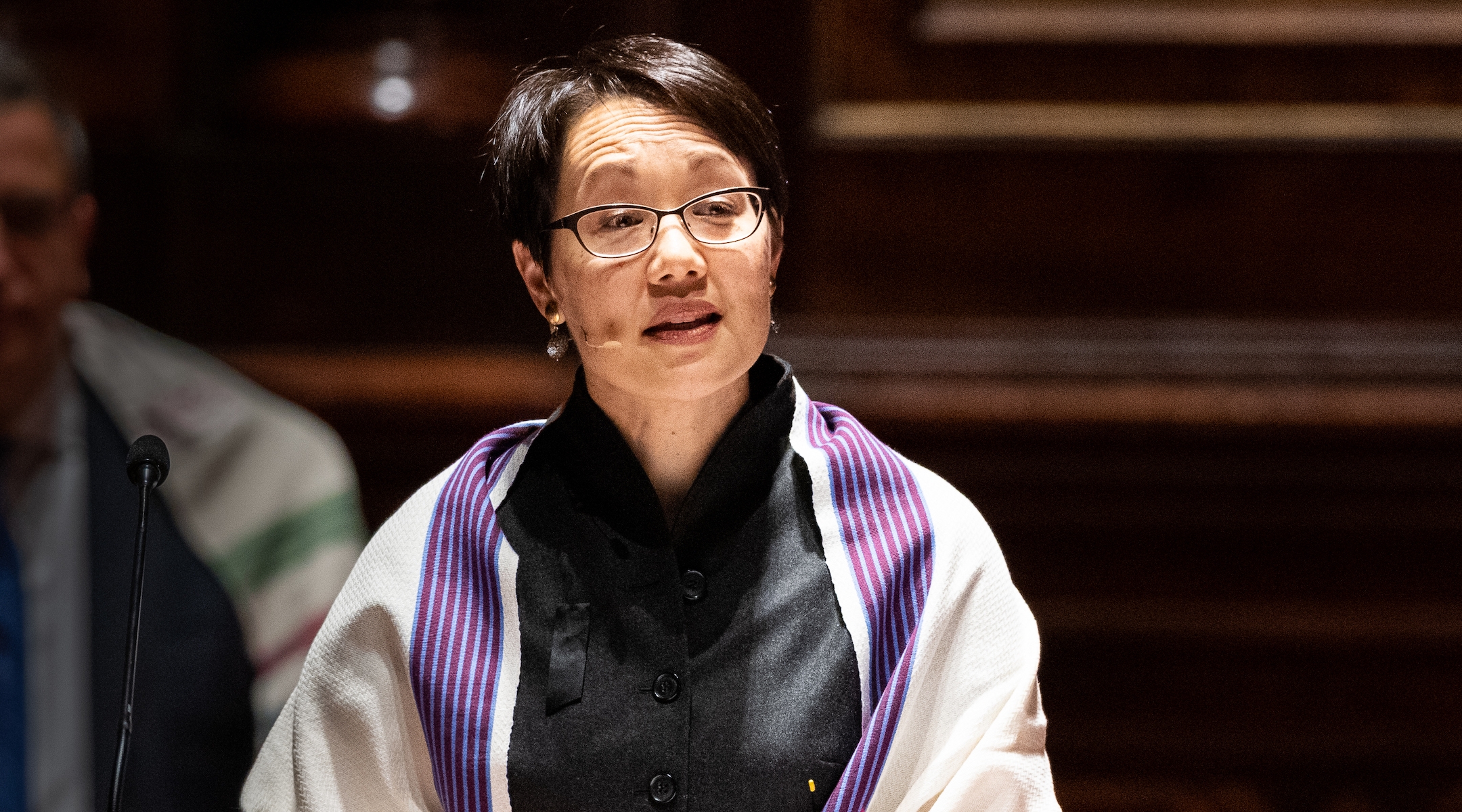 Rabbi Angela Buchdahl speaking at an interfaith prayer vigil on Oct. 30, 2018, at the Central Synagogue in New York City for victims of the Tree of Life Synagogue shooting. (Michael Brochstein/SOPA Images/LightRocket via Getty Images)
Advertisement

(JTA) — Among the details that trickled out of Congregation Beth Israel in Colleyville, Texas, on Saturday while the rabbi and three congregants were being held hostage was the fact that a New York rabbi had been conscripted into negotiations.

That rabbi was Angela Buchdahl, senior rabbi at Central Synagogue and a leading figure in Reform Judaism. Buchdahl confirmed her involvement to the Jewish Telegraphic Agency and said she spoke twice to the attacker, whose identity has not yet been made public.

“I can confirm that the gunman reached out to me twice yesterday by phone,” Buchdahl wrote in an email. “We are about to share a note with the congregation just confirming that. Other than that for security reasons I cannot share more.”

It is unclear why Buchdahl wound up on the phone during the 11-hour standoff, which began during Congregation Beth Israel’s Shabbat morning services. But Buchdahl is widely known — even appearing as a clue recently on “Jeopardy!” — and her synagogue’s name, which refers to its location in New York City, may lend its itself to the impression that it is an official hub of power in Jewish communities.

Central Synagogue’s executive director and president said in the email to congregants that Buchdahl had no prior relationship with the gunman and that she “immediately contacted law enforcement and followed their directions” after receiving the call.

A law enforcement source told the New York Post that the gunman called Central Synagogue directly and demanded to speak to Buchdahl. The gunman told Buchdahl that he had a bomb and wanted her to use her influence to secure the release of Aafia Siddiqui, a convicted terrorist who is in a federal prison in Texas, the newspaper reported.

An FBI source said on CNN Saturday night that the New York rabbi who had been contacted had been interviewed by FBI investigators.

Congregation Beth Israel’s Rabbi Charlie Cytron-Walker was ordained by Hebrew Union College, the Reform movement’s rabbinical school, in 2006, five years after Buchdahl. He and the three other adults who were held hostage were released unharmed after 11 hours Saturday. (The gunman died after FBI agents entered the synagogue shortly afterwards.)

“It was a surreal and scary day,” Buchdahl told JTA. “I am so grateful for the outcome.”