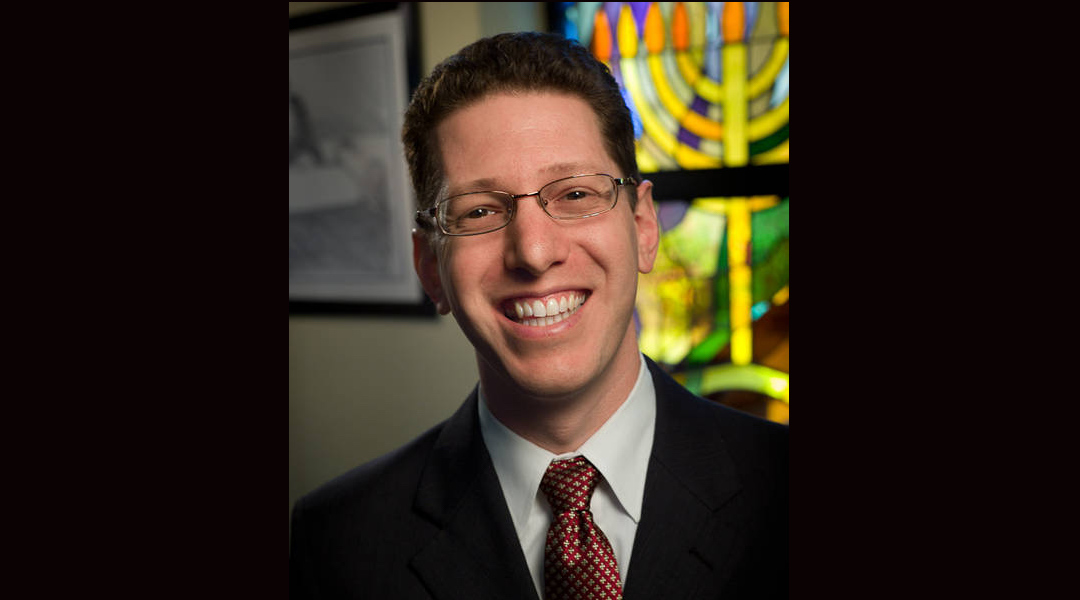 (JTA) — Over the course of a harrowing 12 hours on Saturday, the entire world found out just what the Jews of Colleyville, Texas, think of their hometown rabbi.

“Our rabbi is a wonderful human being,” Ellen Smith, who grew up at Congregation Beth Israel, said about Rabbi Charlie Cytron-Walker during an online vigil while he was being held hostage inside the synagogue building.

Cytron-Walker was leading services on Saturday morning when a man took him and three others hostage, reportedly in an effort to free a woman who was convicted of attempting to kill American military personnel. The crisis, which streamed online for some time before being taken down, drew the world’s attention to a rabbi who is in many ways synonymous with the synagogue he leads.

Congregation Beth Israel was founded in 1998 as an informal community in a rapidly growing suburb of Fort Worth, located just miles from the Dallas-Fort Worth airport. Cytron-Walker, who joined the Reform congregation in 2006 after graduating from rabbinical school, has been its only full-time rabbi.

In that role, he has tackled the everyday challenges of synagogue leadership — seeking out a virtual program when COVID-19 forced Beth Israel’s Hebrew school to go online, for example — while also becoming well known in the area for his interfaith and social justice work.

He has made friends everywhere he has gone, locally and across the extended network of Reform and Conservative rabbis who poured out their recollections of studying and working with him over the years. Colleyville’s police chief called Cytron-Walker a close personal friend. Even the man who attacked the synagogue praised him, saying on the live-streamed audio that the rabbi had welcomed him into the building when he knocked on the door asking whether the synagogue was a shelter. “I bonded with him,” the man said. “I really like him.”

Cytron-Walker is married to Adena Cytron-Walker, a vice president of a Fort Worth organization focused on diversity with whom he remains “completely in love,” according to his biography on Beth Israel’s website; the couple has two daughters.

Cytron-Walker grew up in East Lansing, Michigan, where he leaned into Jewish life at an early age. His family belonged to Congregation Shaarey Zedek in East Lansing, and he attended Camp Tamarack, a popular summer destination for young Michigan Jews. While in high school, he was president of both Lansing’s temple youth group and the National Federation of Temple Youth’s Michigan region. At the end of every regional NFTY convention, he would show up wearing the same outfit: a T-shirt riddled with holes, adorned with the words, “Oh No… Acid Rain!”

“It wasn’t just Charlie being silly,” Cytron-Walker’s childhood friend, Rabbi Aaron Starr, recalled in an email to the Jewish Telegraphic Agency. “It was him educating others and calling us to action without any meanness or judgmentalism.”

When Cytron-Walker graduated from high school, he passed the shirt onto Starr, who continued to wear it in the same manner he had. Today, Starr, too, is a rabbi, of a different Congregation Shaarey Zedek in Southfield, Michigan.

“Charlie has devoted his life personally and professionally to caring for those in need,” Starr said. When he heard the news of the hostage situation, Starr sent prayers for Cytron-Walker to his entire congregation.

In college at the University of Michigan, Cytron-Walker was involved with the school’s Hillel chapter. He also spent a handful of evenings with Ann Arbor’s homeless population to better understand their plight.

His commitment to social justice has extended throughout his career: between graduating from college and entering rabbinical school, he worked for a variety of social services organizations including Focus: HOPE, a Detroit nonprofit that provides education, job training and other services to underrepresented groups; and an assistant directing role with the Amherst Survival Center, a soup kitchen and food pantry in western Massachusetts. His thesis in rabbinical school, where he received an award for his leadership on LGBTQ issues, was on “Jewish Service-Learning.”

Cytron-Walker is well-known in Colleyville for his commitment to interfaith work. He serves on the steering committee of a local interfaith organization headed by a Unitarian Universalist church, and local Muslim leaders spoke out supporting him on Saturday. One, Alia Salem, the founder of an advocacy group exposing abuse among Muslim faith leaders and a self-proclaimed “vocal supporter” of the movement to free the woman supported by the hostage-taker, said on Twitter that she has been a friend of Cytron-Walker and his wife for 15 years.

“They are the kindest, most gentle, and loving people who have been absolutely rock-solid friends and allies not only to me but to the entire Muslim community through thick and thin,” Salem wrote.

Following the Tree of Life synagogue shooting in Pittsburgh in 2018, Cytron-Walker delivered a sermon to his congregation in which he thanked the local community for standing by their side and offering support. Eleven Jews were killed during Shabbat morning services in Pittsburgh.

“Too many times in Jewish history we faced tragedy without love or support,” he said, in remarks he later posted to Facebook. “Too many times to count, we were left to pick up the pieces of tragedy and destruction. Believe me. The love and support matters…

Cytron-Walker’s mother, Judy Walker, is still a member of Congregation Shaarey Zedek in East Lansing, and the congregation’s rabbi, Amy Bigman, was with her on Saturday as news of the hostage situation emerged. Through Bigman, Walker declined comment to JTA but said that she appreciated prayers.

“I’ve known Charlie since he was in high school,” Bigman told JTA. “He is quite simply a mensch.”

Smith, who was one of the first people to post on Twitter about the situation at the synagogue where she grew up, said during a live spoken vigil on the platform that she had traveled with Cytron-Walker to Washington, D.C., as a high school student several years ago for a social justice seminar organized by the Reform movement. She described the experience as pivotal in her own attitudes about effecting political change.

She also offered perhaps the only unflattering insight shared about Cytron-Walker all day — as part of a prayer for his safe release.

“He’s the worst singer in the world. He cannot hold a tune to save his life,” Smith said. “I hope that he’ll get a chance to pray off-tune very loudly at another Shabbat service.”

Shortly before 10 p.m., more than 11 hours after Congregation Beth Israel’s Shabbat services began, Smith and the rest of the world learned that that would in fact be the case. Cytron-Walker was free, unharmed, along with the three people he had been praying with that morning. After meeting with FBI agents, officials said, he would be reunited with his family.