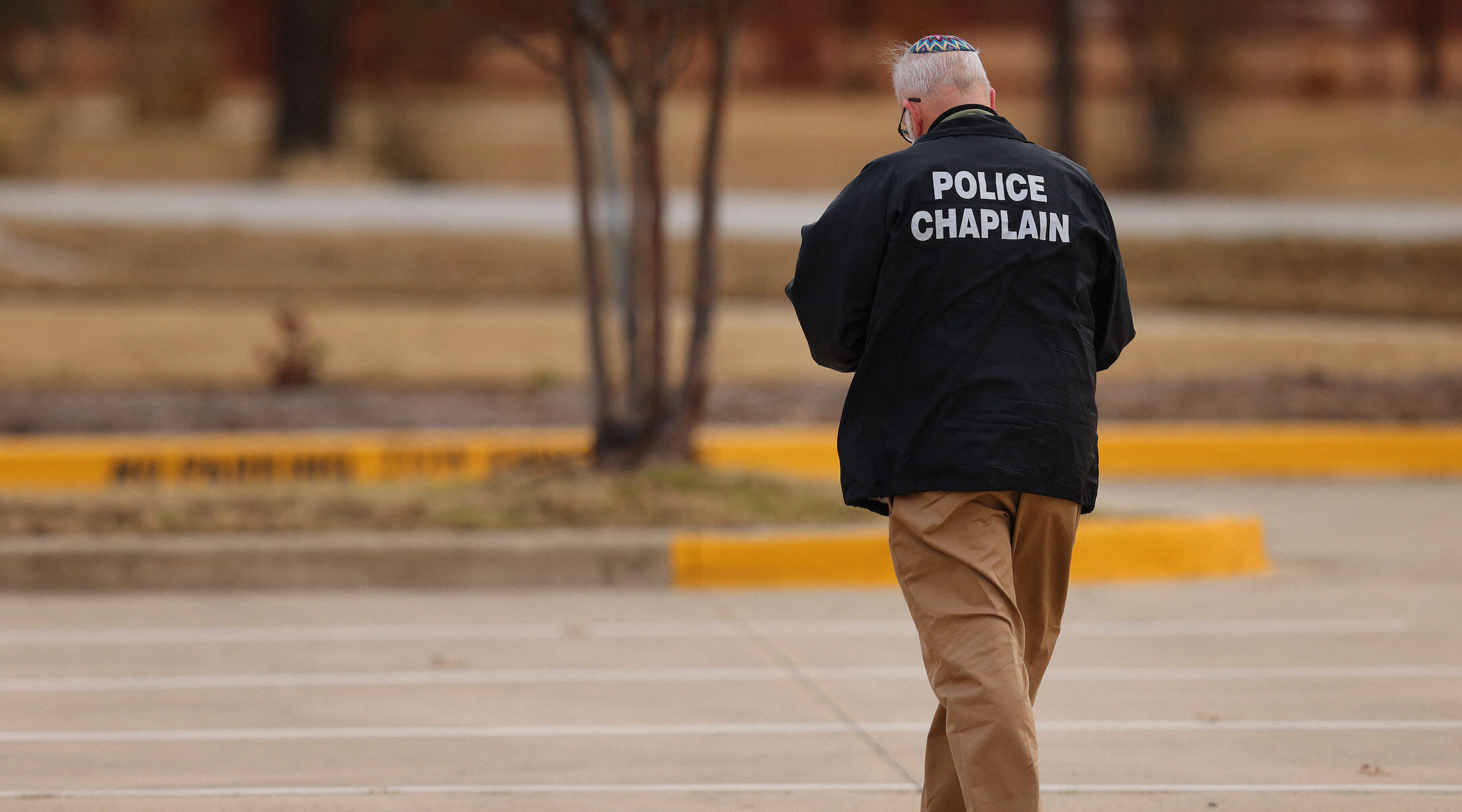 (JTA) — The man who held four people hostage at a Colleyville, Texas synagogue Saturday was a  British citizen whose family said he released the hostages before being killed in a shootout.

FBI’s office in Dallas on Sunday named the man as Malik Faisal Akram, 44.

Akram held the synagogue’s rabbi and three others hostage for hours on Saturday. He died at the scene, though it is unclear whether he was killed by the SWAT teams that raided the synagogue or if he died of a self-inflicted wound.

In a statement posted on the Facebook page of the Muslim community in Blackburn, in Britain’s northeast, his family said they “would like to sincerely apologize wholeheartedly to all the victims.” The sibling who posted the statement said he or she had been in touch with authorities throughout the hostage-taking.

“Although my brother was suffering from mental health issues we were confident that he would not harm the hostages,” said the statement, which was reposted on Twitter by Nicole Lampert, a British Jewish journalist. “At around 3 am the first person was released then an hour later he released the other 3 people through the fire door unharmed. Don’t believe the bull#### in the media they were released from the fire exit and Not rescued.”

“A few minutes later a firefight has taken place and he was shot and killed,” the sibling said, adding an acronym for an Arabic phrase that means “Verily we belong to God and verily to him do we return.” “There was nothing we could have said to him or done that would have convinced him to surrender.”

On the Blackburn community’s Facebook page, the community and the family say that another brother, Gulzameer, died just months ago.

Because Akram  at one point reportedly referred to Aaifa Siddiqui as his “sister,” some initial reports erroneously concluded he was her brother. Aaifa Siddiqui is serving an 86-year sentence in the Fort Worth area for attempting to kill American military personnel after she was arrested in Afghanistan in 2008 on suspicion of plotting attacks in New York. She made multiple antisemitic outbursts during and after her trial.

However, a lawyer for a brother of Siddiqui, Muhammad Siddiqui, said Siddiqui was not the man inside the synagogue. The lawyer, John Floyd, is the chairman of the Houston affiliate of CAIR, the Muslim legal advocacy group. CAIR and the Free Aafia movement, which contends that the charges against her are trumped up and that she has been tortured, condemned the hostage-taking Saturday.