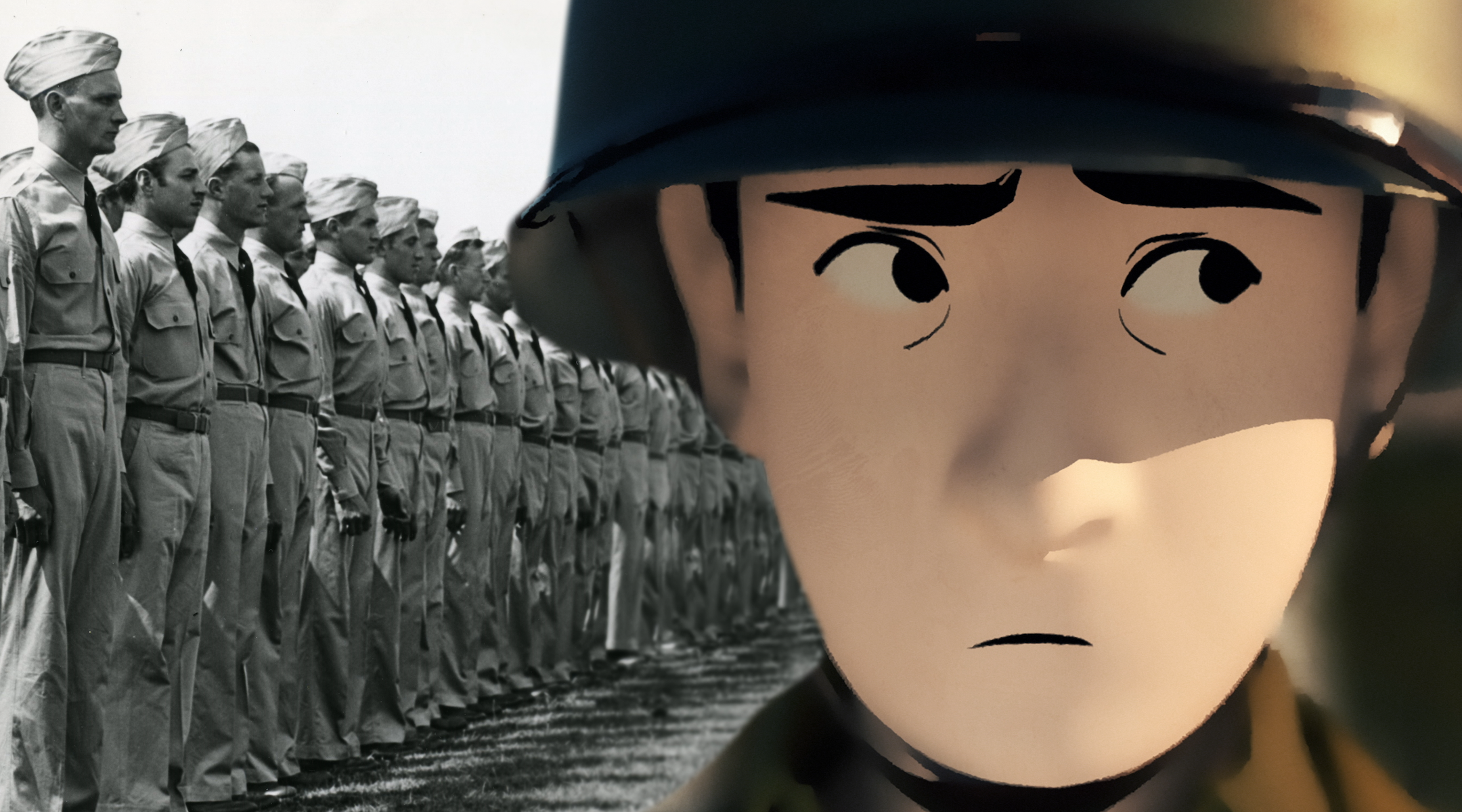 (JTA) — “P.O. Box 1142” was the only name the Jewish GIs were given as to their destination. The American World War II soldiers, many of them refugees from Europe, assumed they would be flying overseas to fight Nazis. Instead, they were taken to an off-the-grid compound in rural Virginia — to look after Nazis.

“Camp Confidential: America’s Secret Nazis,” an animated documentary from Israeli directors Mor Loushy and Daniel Sivan, tells the story of a group of Jewish American veterans whose sole experience of WWII was guarding a secret Nazi POW camp on American soil (mostly made up of scientists who possessed information on Hitler’s rocket developments). Released in September on Netflix, the 35-minute film was recently shortlisted for the best documentary short Oscar; the final nominees will be announced on Feb. 8.

While the subjects of the documentary note that they were sworn to secrecy when their assignment was over, after the camp was bulldozed and the documents burned, their story isn’t exactly obscure. There have been no shortage of books and films about the “Ritchie Boys,” the Jewish refugees from Europe who used their valuable language skills to interrogate Nazi POWs for intel (though many of the Ritchie Boys were shipped overseas rather than to “P.O. Box 1142,” and “Camp Confidential” doesn’t discuss its place within this broader environment). Producers Benji and Jono Bergmann conduct modern day interviews with the only two survivors, but most of the interview segments come from an oral history project undertaken by the National Park Service in the mid-2000s, in recognition of the significance of the soldiers’ work.

Loushy and Sivan find a fresh, dynamic way to engage with the story by illustrating these interviews with animated scenes of the camp itself, adding a sense of drama and intrigue to the history: they put us right in the camp with these guys, in their strange position of power over their enemies, and let us feel their equal parts bemusement and rage at their Nazi captives.

Animated documentaries (of which the acclaimed Afghan refugee narrative “Flee” is another recent example) have become more commonplace since the masterful 2008 Israeli film “Waltz With Bashir,” which — in blending real-life interviews with animated interludes — turned out to be a trendsetter. “Bashir” sometimes depicted a historical event more or less as it happened, and sometimes created a surrealistic dreamscape in which the subject’s digressive thoughts could take shape.

“Camp Confidential” takes a similar tactic, depicting its heroes as their real life younger selves in tension-building sequences wherein they must confront their Nazi captives. In many cases, they acquiesce to their superiors’ demands that the Nazis be pampered in the hopes of extracting information from them. Some of the soldiers are made to take the Nazis to the movies, and underwear shopping for their wives. 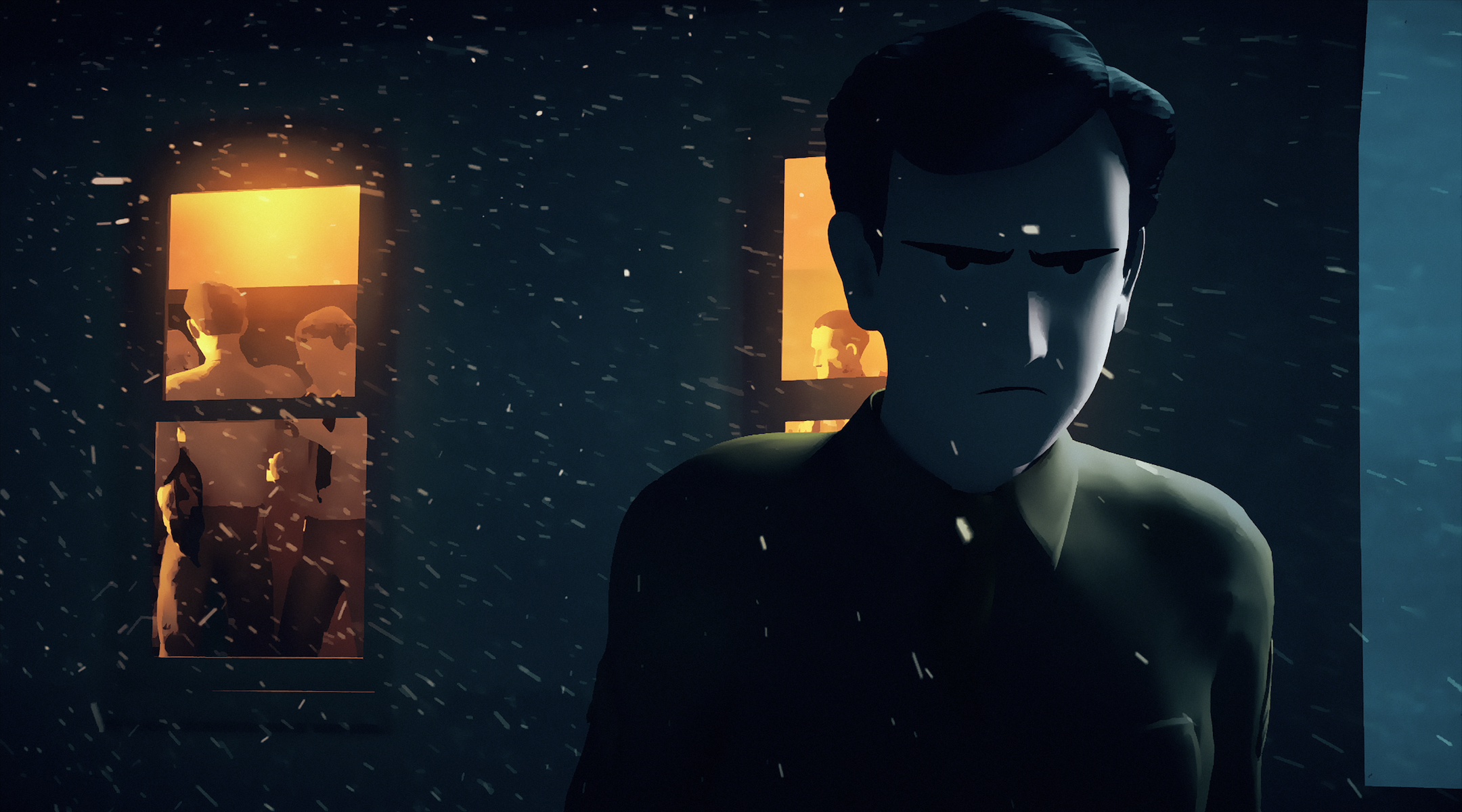 A still from “Camp Confidential.” (Netflix)

But there are darker moments too: one subject recalls locking a Nazi in a van and making him believe he was being gassed, a technique that could only work, as he points out, because the Nazis believed Jews were eager to repeat their exact cruelties back to them.

Within its short runtime the film also has a clear moral compass, interrogating the relative ease with which the United States was willing to overlook its prisoners’ war crimes — especially once attention shifted to the Cold War and Nazi rocket scientists like Werhner Von Braun became valuable wellsprings to the national interest.

“Camp Confidential” is the latest of several Loushy-Sivan documentary collaborations to explore Jewish history — their previous films have dealt with subjects such as the Oslo Accords, the Six-Day War and the legacy of AIPAC. The film shines when it uses its interviews to explore the conflicting internal lives of the Jewish soldiers faced with this outlandish task. During that infuriating underwearshopping spree, one former soldier recalls his feeling of small victory that the department store the Nazis bought from was Jewish-owned.