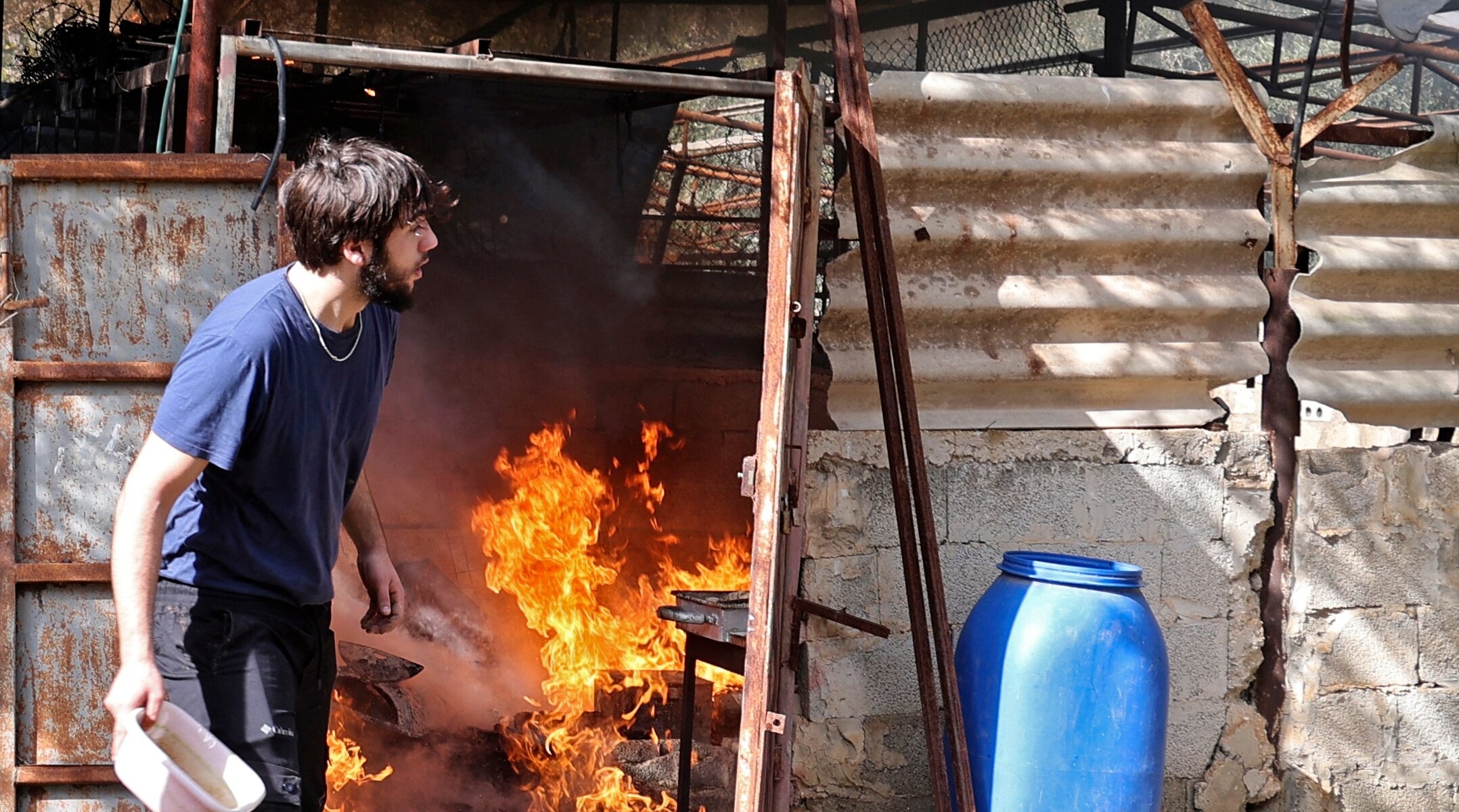 A Palestinian tries to extinguish a fire in a hut after reported attacks by Israeli settlers on the West Bank village of Burqah, Dec. 17, 2021. (Jaafar Ashtiyeh/AFP via Getty Images)
Advertisement

(JTA) — Settlers from a West Bank outpost that Israel does not sanction attacked human rights activists assisting Palestinian farmers in planting trees, amid an intensification of such attacks.

The attack took place in Burin, south of Nablus at an event organized by Rabbis for Human Rights and the Olive Harvest Coalition. The activists said about 15 assailants came from Givat Ronen, an illegal outpost, and fled by the time Israeli army troops arrived.

Settler attacks in the West Bank spiked 50% in 2021, according to a recent report. The Biden administration has signaled that it is monitoring the phenomenon and last month the U.S. State Department’s annual terrorism report included extensive reporting on settler violence.

Haaretz quoted the settler leadership umbrella body, the Yesha Council, as decrying the attack, which it said in a statement “contradicts the values of the people of Israel and harms settlement efforts.”