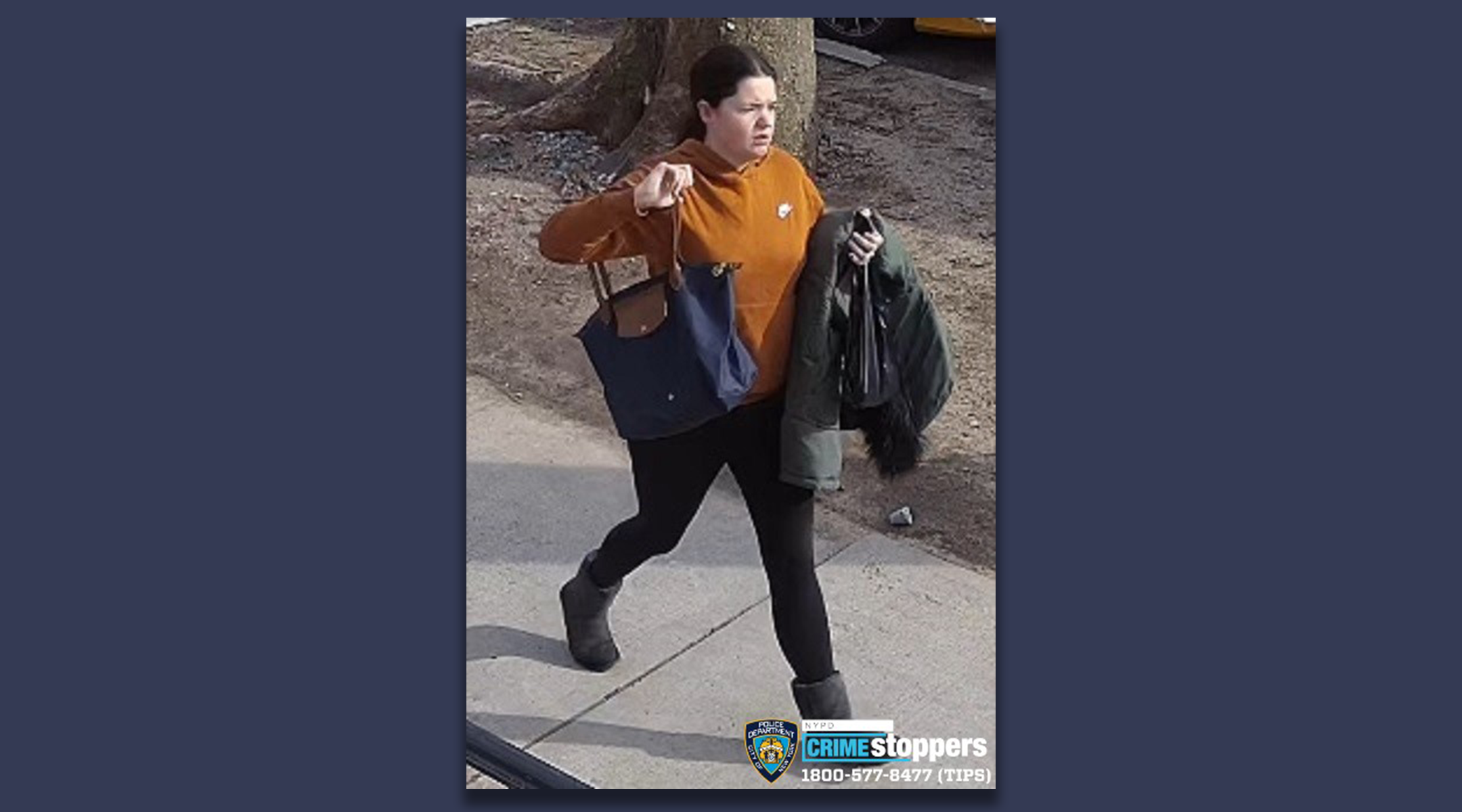 (New York Jewish Week via JTA) — A woman who allegedly told three Jewish children in Brooklyn last week, “Hitler should have killed you all,” was arrested by the NYPD on Friday.

Christina Darling, 21, is facing hate crime charges, among others, for harassing an 8-year-old Jewish boy on Friday, Jan. 14. The boy was playing with his siblings, ages 7 and 2, outside Kehal Tiferes Avrohom Ziditshov, an Orthodox synagogue on Avenue P in Brooklyn’s Marine Park neighborhood. Darling allegedly told them, “Hitler should have killed you all. I’ll kill you and know where you live.”

The NYPD released the footage on Tuesday. Details on how the subject was caught are not yet known.

Darling is charged with menacing and aggravated harassment — both hate crimes — as well as acting in a manner injurious to a child.

“I would hope that she understands the severity of what she did,” the children’s father, Aryah Fried, told CBS News New York. “To do it to anybody is obviously problematic, but for an adult to do it to a child is just beyond crazy.”

Additionally, organizers online identified Darling as a student at St. Francis College, majoring in education, English and psychology. A petition at Change.org to expel Darling from the Brooklyn college was started on Thursday; it also called upon its president, Miguel Martinez-Saenz, to “denounce this horrifying act of racism, bigotry, and harassment against the Jewish people.”

According the NYPD Hate Crimes Dashboard, there were 198 confirmed incidents of hate crimes against Jewish people in New York last year; Jews were targeted more than any other group. Among those incidents, 58 arrests were made.