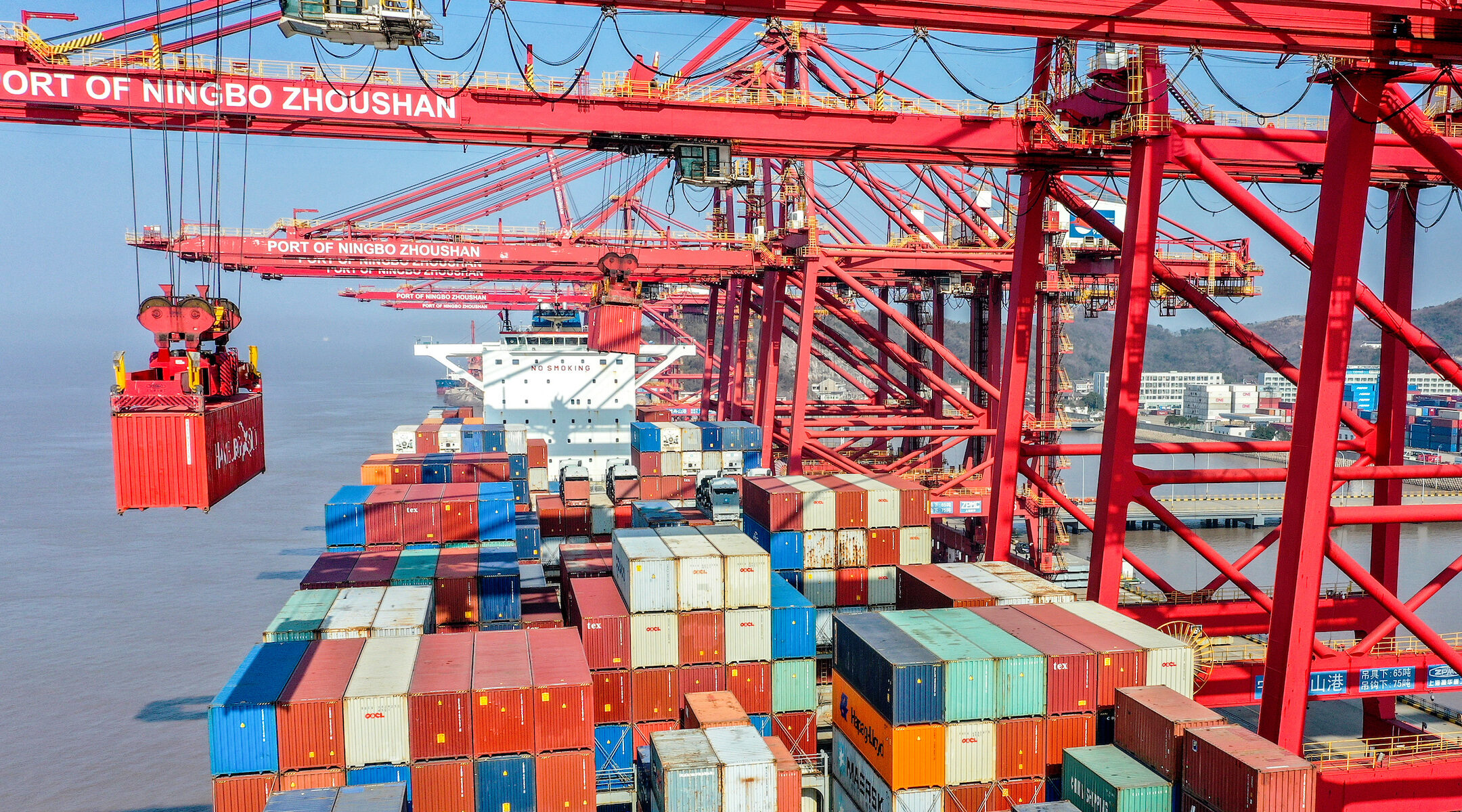 A cargo ship unloads at Ningbo-Zhoushan Port in Zhoushan, in the Zhejiang Province of China, Jan. 19, 2022. (Yao Feng/VCG via Getty Images)
Advertisement

(JTA) — China became Israel’s largest source of imports in 2021, surpassing the United States, according to data released by Israel’s National Bureau of Statistics on Thursday.

The new data comes shortly after Israel vowed to keep the Biden administration in the loop on any major trade deals with China, in an effort to avoid further tensions. According to a Haaretz report, the United States has not made explicit demands, but Israeli officials have begun discussing the state’s policy toward China.

Both the Biden and the Trump administrations have expressed concerns about the warming relationship between Israel and China as the latter’s ties with Europe and the United States have soured.

RELATED: After US pushback, Israel is reportedly reviewing its close ties with China