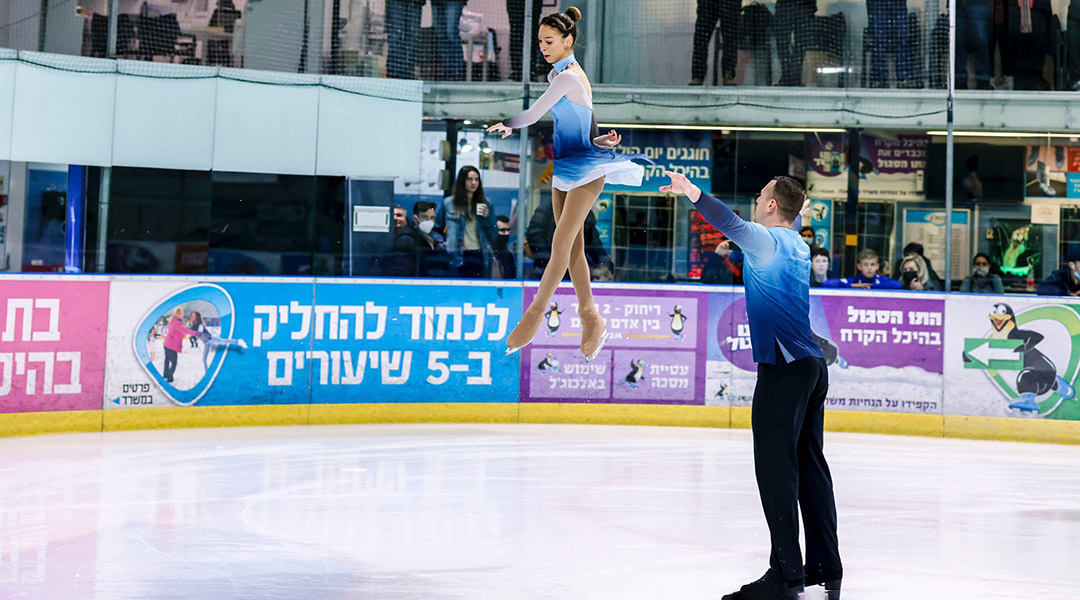 (JTA) — When Josh Groban’s cover of the 1965 song “The Impossible Dream” blares from the loudspeakers at Beijing’s Capital Indoor Stadium on Feb. 18, its lyrics will ring true for the Winter Olympian figure skaters Hailey Kops and Evgeni Krasnopolsky.

That’s because as recently as June 8, when she returned to the United States after a gap year of study at a Jerusalem seminary, Kops had put competitive skating behind her.

A Modern Orthodox Jew from West Orange, New Jersey, Kops has plans to attend Touro College’s nursing school in Manhattan. But she put those plans on ice after Boris Chait, the Israel Ice Skating Federation’s New Jersey-based president, telephoned that afternoon to offer Kops a chance to vie for a spot on the country’s Olympics team.

By late September, after practicing together for just three and a half months, she and Krasnopolsky secured an Olympics berth by finishing fifth at an international qualifying event in Obersdorf, Germany.

That occurred on a Friday night, and Steven and Lisa Kops — who had accompanied their daughter abroad and, like her, are Shabbat-observant — embraced the pair in the arena’s concourse but couldn’t celebrate by calling loved ones back home.

“It means a lot to skate to that music,” Kops, 19, said in an early January phone conversation. “I did not necessarily see myself coming back to skating. But the opportunity [Chait] offered was something it would be crazy to refuse.” 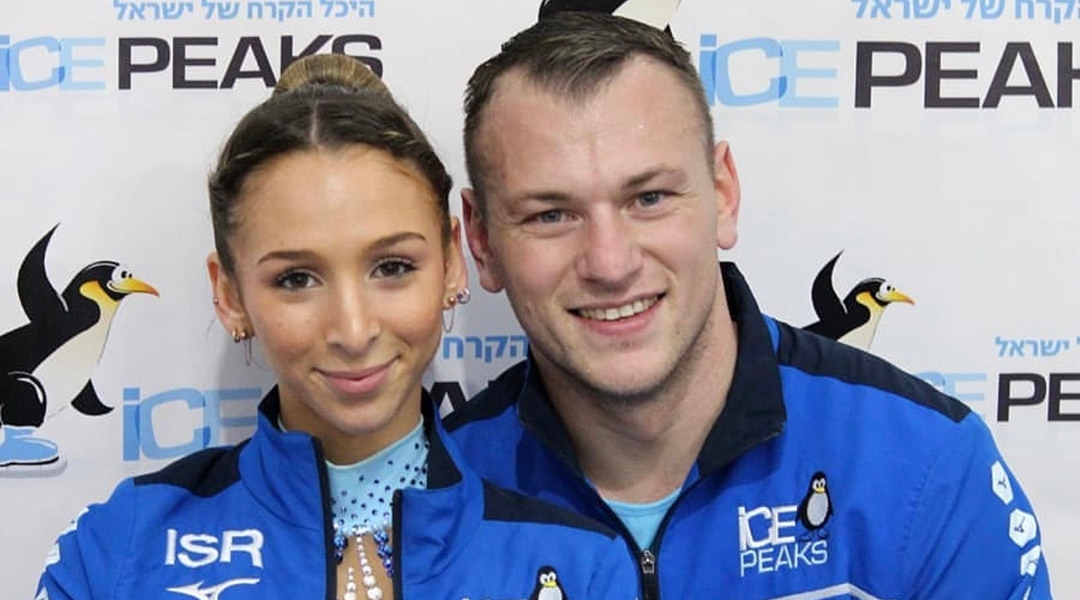 Modern Orthodox athletes who observe Shabbat are an extremely rare sight in the Olympics — even on Israel’s teams, Chait said.

But in Beijing, Kops and Krasnopolsky will be skating on Shabbat. Kops explained that she’s comfortable with balancing her commitments both to skating and religious observance.

“From a young age, I integrated the two. It is definitely normal for me,” she said. “When there’s a will, there’s a way.”

The day after her Jewish Telegraphic Agency interview, she and Krasnopolsky were scheduled to fly to Estonia to compete in the European Figure Skating Championships, but Chait cancelled the trip at the last minute, concerned that the COVID-19 risk there might sideline the pair in Beijing.

The pandemic-driven, bubble-like conditions at the Olympics also mean that the skaters’ families, like all athletes’ loved ones, won’t be in Beijing to cheer them on.

“Of course, I want to be there,” said Lisa Kops, who until 2016 was her daughter’s skating coach. “I wish I could be there to support her.”

This will be the third Olympics for Krasnopolsky, 33, who at age 3 moved with his family from Kiev, Ukraine, to the small Israeli town of Metula, home to the country’s premier ice rink, where he trained.

Kops lauded Krasnopolsky’s experience, too. “Having him as a partner is also like having him as a mentor [who has] helped guide me through this crazy journey,” she said. “Without him, none of this would be possible.”

The pair practice each day for nine hours beginning at 7:15 a.m. at Codey Arena in Montclair, New Jersey. Withdrawing from the European competition gave them an extra pre-Olympics week of practice.

“Their chemistry and how they understand each other, work together and communicate with each other — that’s been really exciting to be around,” said Galit Chait-Moracci, the pair’s coach and a three-time Olympics ice dancer for Israel. She is also Boris Chait’s daughter.

Krasnopolsky was selected to bear Israel’s flag at the Opening Ceremony on Feb. 4.

“It’s one of the best things that could happen to me,” Krasnopolsky said of the honor. “I can’t wait to walk [with the flag] into that stadium.”

Like most of Israel’s elite athletes who compete internationally, the six 2022 Olympians train abroad: the figure skaters in New Jersey, the skiers in Austria and Bykanov in the Netherlands.

Kops and her mother became Israeli citizens in 2013, when Hailey joined Israel’s national juniors figure-skating team. Aside from the gap year, Kops spent a summer in Israel and has made what she called “numerous” skating-related trips there, including for three national championships.

One Israeli who will be closely following the Olympics competition is an 11-year-old girl who was paired with Kops in a program for children in foster care based at the Jerusalem seminary last year. (Kops said she is not permitted to provide the girl’s name.) The two spent many afternoons together, picking up bits of the other’s native language in conversations at the playground or on excursions in town.

They have stayed in touch, and the girl plays Kops’ skating videos on YouTube, proudly promoting the new Olympian to her peers.

“It’s crazy to think that an 11-year-old girl could inspire me,” said Kops. “I look at her as like a little sister.”

That’s understandable, given that Kops is sandwiched between two older brothers and two younger ones. That dynamic brought about Kops’ nickname: Bird.

As a child, she bemoaned her fate as the lone daughter and demanded explanations. Steven played along, telling Kops that she was hatched from an egg and found by her parents in a nest. The gag stuck and eventually fit when Kops entered figure skating, which entails graceful soaring and leaps.

At last September’s Oberdorf competition, Steven and Lisa bought Kops a decorative wooden bird. It sits on her bedroom shelf — at her parents’ house, where she still lives — alongside four medals earned at international competitions representing Israel and two other medals from Israel’s national championships.

On her wall is a drawing that Kops sketched in pencil at age 11. It depicts her standing on the uppermost step of a podium, preparing to receive an Olympics gold medal down the road, in 2018. Below, her father, in the form of a heart, tells her, “Go, Bird. I love you.”

The drawing has been crumpled for years, its creator having folded it incessantly and slept with it under her pillow.

While no one predicts that she and Krasnopolsky will emerge with medals, it’s no longer an impossible dream.