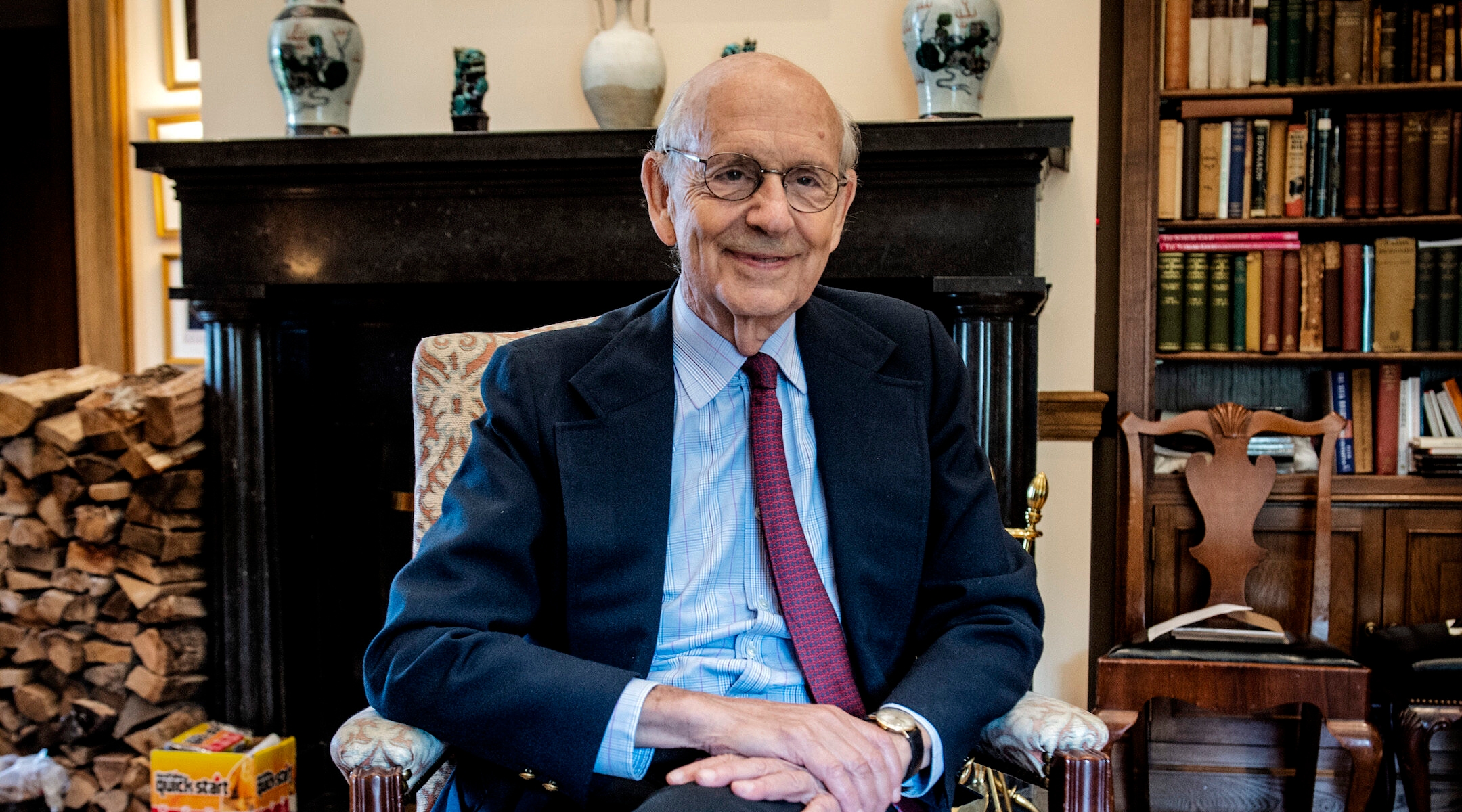 Stephen Breyer during in his office in Washington, D.C., in August 2021. (Bill O'Leary/The Washington Post)
Advertisement

WASHINGTON (JTA) — Stephen Breyer, the oldest justice on the Supreme Court and one of its minority of three liberal justices, is set to retire, multiple reports said Wednesday.

The move would leave Elena Kagan as the only Jewish justice left on the court.

Breyer, 83, has come under pressure to retire ever since President Joe Biden assumed office a year ago. Liberals and Democrats do not want to deny Biden the chance to replace a liberal justice with another liberal.

Sen. Mitch McConnell, R-Ky., then the majority leader, in 2016 established a new precedent of not allowing a president to elevate a justice in an election year when Antonin Scalia died and then-President Barack Obama nominated Merrick Garland, a Jewish liberal who is now attorney general. McConnell blocked the nomination.

Last year, McConnell scrapped his own precedent when he rushed through then-President Donald Trump’s nomination of Amy Coney Barrett, a conservative, to replace Ruth Bader Ginsburg, a Jewish liberal who died just weeks before the presidential election.
Democrats, who control the Senate by a thin majority and fear losing it in November midterm elections, do not trust McConnell or Republicans to observe any kind of protocol, believing they will likely deny Biden the nomination of a Supreme Court justice for the remainder of his term.

In a talk several months ago with the Board of Rabbis of New York, Breyer recalled getting a phone call telling him that Ginsburg had died, just as he was participating in Rosh Hashanah services over Zoom.

“The service, they were at the Kaddish, right there,” he said referring to the mourning prayer. “And the person on the end of the phone said, do you have anything [to say], and I said, she had been quite sick and it wasn’t unexpected, still I was moved and I said, ‘A woman of valor, a great judge and a good friend.'” “A Woman of Valor,” or “Eshet Chayil” is a popular Shabbat song.

Biden has said he is set to name a Black woman to the court, diminishing the likelihood of one Jewish justice replacing another.

The likeliest candidate is believed to be Ketanji Brown Jackson, a judge on the U.S. Court of Appeals, D.C. Circuit. Another name cropping up is Leondra Kruger, an associate justice on the California Supreme Court whose father was Jewish and whose mother is Jamaican.