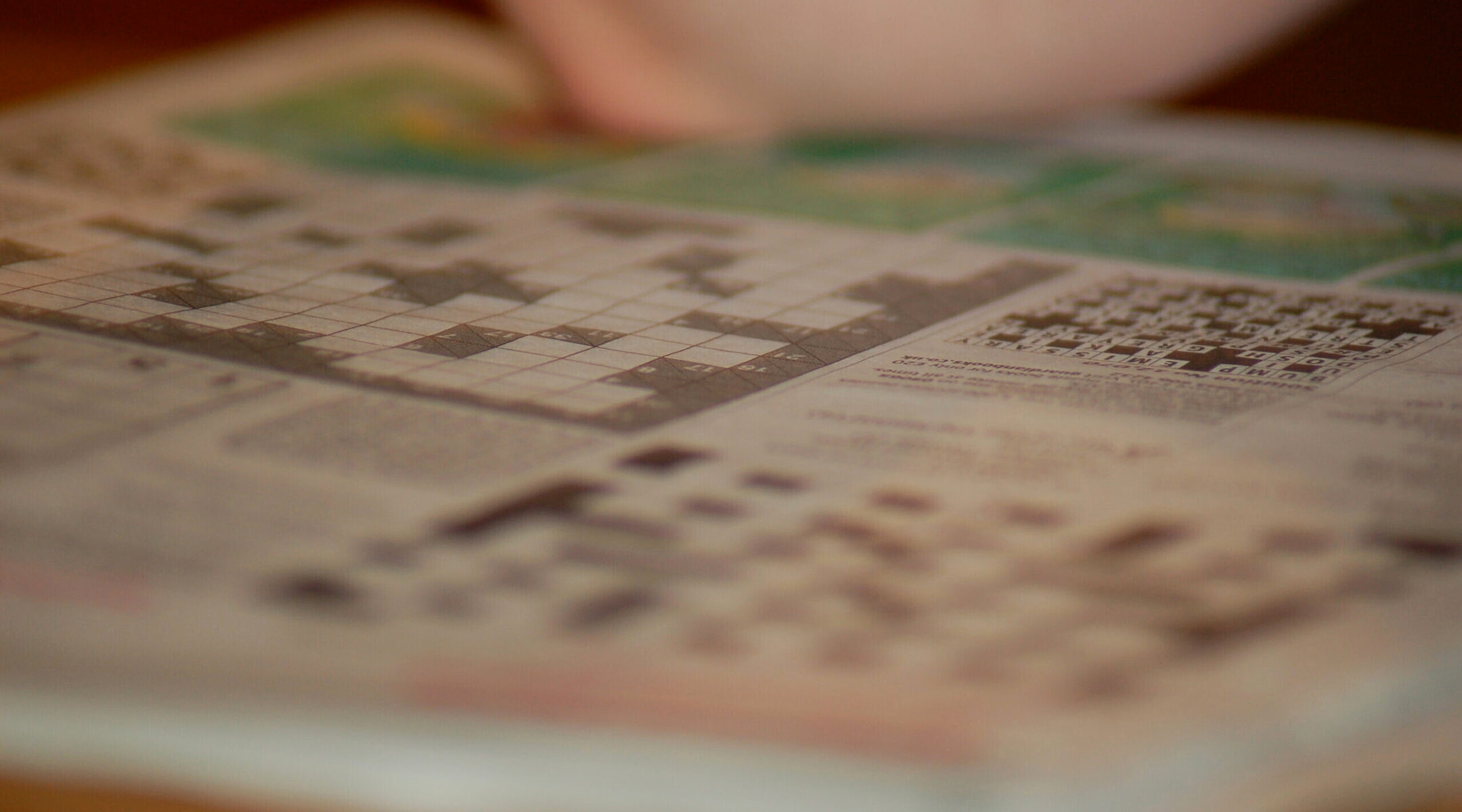 (JTA) — Omicron has forced a lot of us back indoors, which means we now have time to catch up on the classic books we never read, but will actually spend our time doing puzzles and brain-teasers.

Happily, new research suggests that the kind of puzzle you enjoy reveals just what kind of neurotic you may be:

How many words can you create using seven letters? You used to think about this while playing Scrabble, but the pandemic has crushed any hope you have of ever feeling safe enough to sit across the table from a partner. You are the kind of person who barely has the will to concentrate on the latest memo from the management team, but you justify playing the Spelling Bee by telling yourself that this will warm up your brain for more productive work. (Besides, when was the last time your boss called you a Genius?) If you regularly complain that the game does not accept words like “tallis,” you may also be Jewish.

You are the type of person who knows both the names of current television personalities (Issa Rae!) and minor celebrities from almost a century ago (Yma Sumac!). This suggests you are either very old and have a New Yorker subscription, or very young with a parent who insists you watch the “good stuff” on Turner Classic Movies. You also have the patience to figure out bad puns and strained definitions, which means you are a Dad.

You like doing crossword puzzles backwards: Someone gives you the answers, and then you just circle them.

The latest puzzle craze asks you to guess a five-letter word in six tries, using code-breaker’s logic. You not only like to test your brain, but to annoy people by posting your results on Twitter, where your friends are too polite to point out that the game is sort of diverting but at the end of the day not that challenging, especially if you always start with the word “A-E-G-I-S.”

You like numbers more than words; you are either an engineer or a psychopath.

NPR’s “Sunday Puzzle” with Will Shortz

You like waking up early Sunday morning to the sounds of “Weekend Edition,” whose very theme song sends a chill through any teenager trying to sleep off last night’s shenanigans. You love guessing along with the contestants and feeling superior when they can’t name a two-word phrase both of whose words begin and end with “E” (“Nice going, Eagle Eye!”). You are a dreamer who wants to be chosen to appear on the show from among the thousands of people who enter each week, and then think you may want to save your good luck for something more valuable than a “Weekend Edition” lapel pin, which you wouldn’t wear anyway.

You are an enigma. You consider yourself a person of class and taste but spend most of the weekend trying to piece together a picture that you wouldn’t allow to be hung on your living room wall. You are also an optimist: Despite the 100 percent certainty that you will be missing at least one piece when you get to the end, you plow on, and then spend a frustrating hour on your hands and knees looking for the chicken’s tail feather.

You are a character on a sit-com signaling that you hate your job, or an elderly character on a medical drama who turns out to have more life wisdom than the show’s handsome star could ever have imagined.