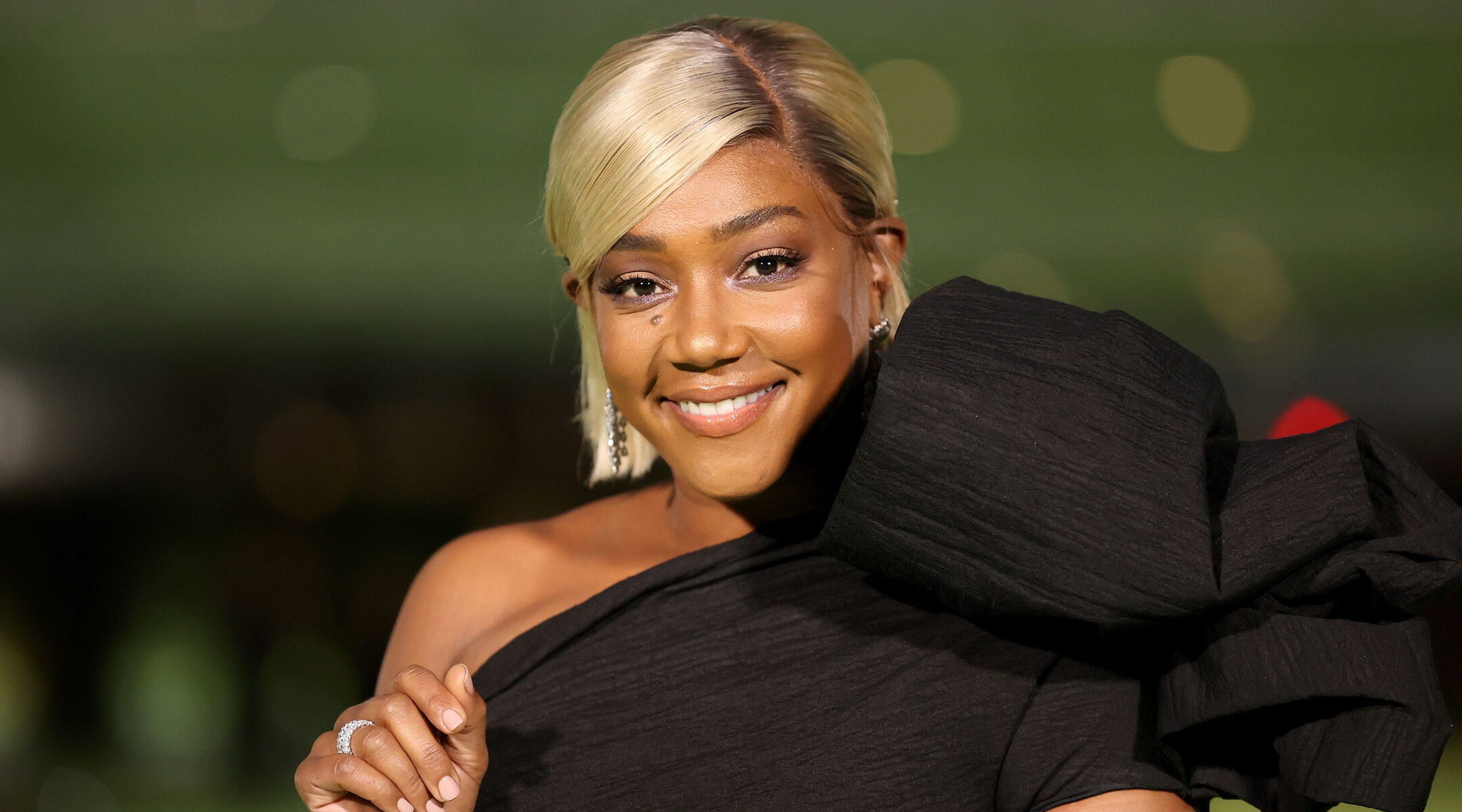 (JTA) — Tiffany Haddish has been open about how she connected with her Jewish roots later in life, especially in interviews leading up to her 2019 standup special “Black Mitzvah.”

But the comedian-turned-movie-star hadn’t yet said publicly how she incorporates Jewish practice into her daily life — if at all — until an interview she gave to Time that was published Friday.

Since her star-studded bat mitzvah tied to the standup special, Haddish spends “at least 30 minutes every single day to reading and learning. I have Shabbat dinners on Fridays. I hang out with my rabbi. I’m always asking questions.”

“I’m getting emotional, but I think the things I’ve been through in life, I wouldn’t have been able to get through without my loyalty to God,” she added.

Haddish also lamented that she didn’t have a bat mitzvah and a connection to Judaism in her younger years.

Anyway, I wish I had a rabbi to talk to then, and a mama and daddy to make me go to Hebrew class. I remember when I was that little 12-, 13-year-old girl feeling excited to go to school because it was the only thing that was normal and the place I felt safest.

Haddish will appear alongside fellow Jewish actors Ike Barinholtz, Ilana Glazer, Ben Schwartz and Dave Franco in her next film ‘The Afterparty,” which premiers on Apple TV+ on Jan. 28.