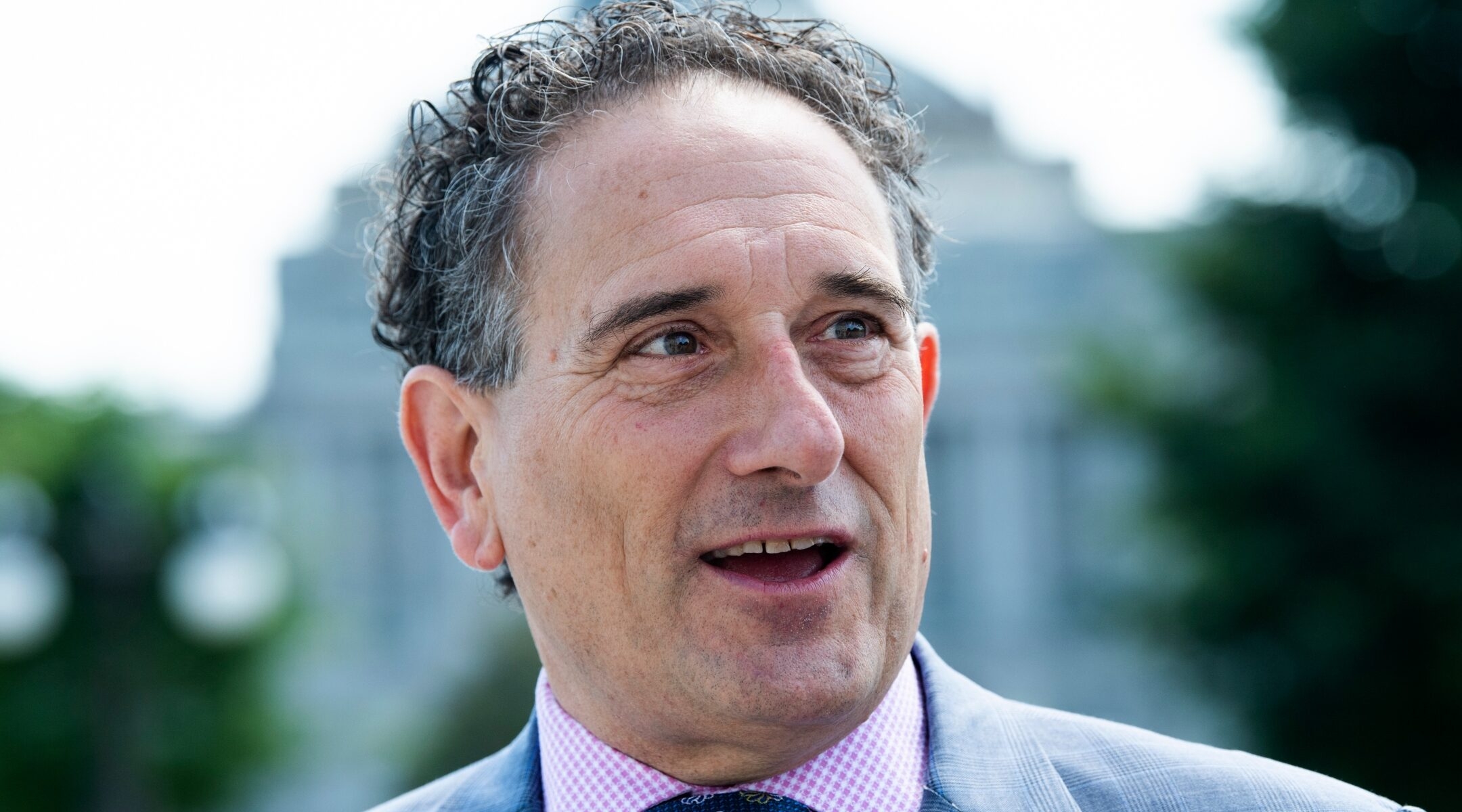 Rep. Andy Levin, D-Mich., is seen at the House steps of the Capitol during the last votes of the week on Thursday, May 20, 2021. (Tom Williams/CQ Roll Call)
Advertisement

(JTA) — Some members of Congress are openly hostile to Israel. But it was Rep. Andy Levin, a Detroit-area Michigan Democrat and a scion of a storied Jewish political family, whom a former AIPAC president identified in an email earlier this month as “arguably the most corrosive member of Congress to the U.S.-Israel relationship.”

David Victor, a former president of the American Israel Public Affairs Committee, made the comment in an email Jan. 19 to pro-Israel donors in the Detroit area, where he is from.

Victor, who led AIPAC in the late 2000s and who remains influential among pro-Israel donors affiliated with the group, appealed in the email for political backing for Rep. Haley Stevens, another Democrat who is close to the AIPAC community. Levin and Stevens have ended up in the same district because of redistricting and have indicated that they are set to face each other in a primary.

The redistricting, Victor said in the email, “presents a rare opportunity to defeat arguably the most corrosive member of Congress to the U.S.-Israel relationship.”

The email, which Sophie Ellman-Golan, the communications director for the left-leaning Jews for Racial and Economic Justice, obtained and posted on Twitter, offers an early indication of how prominent a role Israel issues may plan in the race to represent the new Michigan district.

Levin backs defense assistance for Israel and is a strong believer in the necessity of a Jewish homeland. But he has authored legislation that would restrict how Israel spends U.S. defense assistance so that it would not be used to uphold the West Bank occupation.

Levin is the son of Sander Levin, a congressman, and the nephew of the late Carl Levin, a senator. Both served for decades in Congress are were hugely influential in their respective caucuses.

“Andy frequently and one-sidedly criticizes Israel, defends and even fundraises for its worst detractors … and from his seat on the House Foreign Affairs Committee authors and supports highly problematic legislation,” he wrote. “And he does so as a Levin, a name which due to his uncle and father commands respect and admiration on Capitol Hill. To make matters worse, Andy sincerely claims to be a lifelong Zionist, proud Jew and defender of Israel. So when Andy Levin insists he’s pro-Israel, less engaged Democratic colleagues may take him at his word.”

In a statement Sunday to the Jewish Telegraphic Agency, Levin said, “It is fine for people to support another candidate and to explain why they agree with their positions, but ad hominem attacks are truly harmful to the fabric of our Jewish community.”