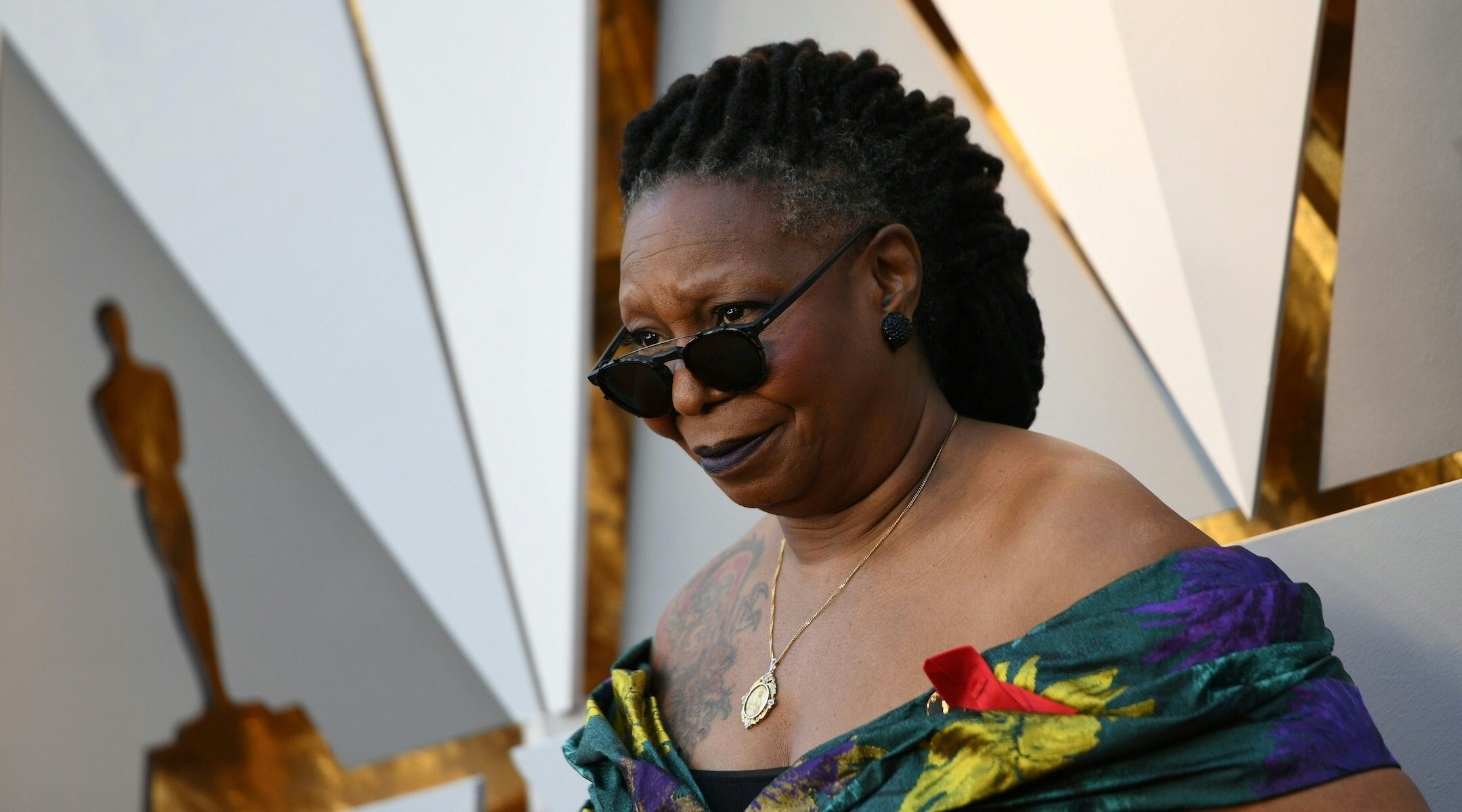 (JTA) — In an awkward exchange with her co-hosts on “The View,” actress and producer Whoopi Goldberg claimed that “the Holocaust isn’t about race,” but rather about “man’s inhumanity to man.”

The panel was discussing a Tennessee school board’s removal of the Holocaust book “Maus” from its curriculum earlier this month. All five co-hosts opposed the board’s decision, saying that the acclaimed graphic memoir should be taught in classrooms; but Goldberg differed strongly from her colleagues on the question of exactly why the Holocaust should be taught to students.

“If you’re going to do this, then let’s be truthful about it,” Goldberg said, before elaborating that “these [Jews and Nazis] are two white groups of people.”

“The minute you turn it into race, you go down this alley,” she continued, as the show’s producers began playing music as a cue to cut to commercials.

Sparks fly as The View panel confronts Whoopi after she says "the Holocaust isn't about race. No. It's not about race."
"Well, the considered Jews a different race," Joy Behar says.

"But it's about white supremacy. It's about going after Jews and Gypsies," Ana Navarro adds. pic.twitter.com/GZwZSi2qXi

Goldberg’s comments come amid a larger nationwide reckoning on Holocaust and race education, as many conservative activists have fought to restrict the teaching of race-related topics in schools, while some American Jews have expressed discomfort around identifying themselves as simply “white.” In his writings and speeches that would ultimately come to articulate his mass-extermination plans, Adolf Hitler repeatedly referred to Jews as a race rather than a religious group.

Goldberg, born Caryn Elaine Johnson, has no Jewish ancestry, but adopted her stage name to be deliberately Jewish-sounding, in part because she has said she personally identifies with Judaism.  She told a London audience in 2016, “I just know I am Jewish. I practice nothing. I don’t go to temple, but I do remember the holidays.” In 2016, she designed a Hanukkah sweater for Lord & Taylor.