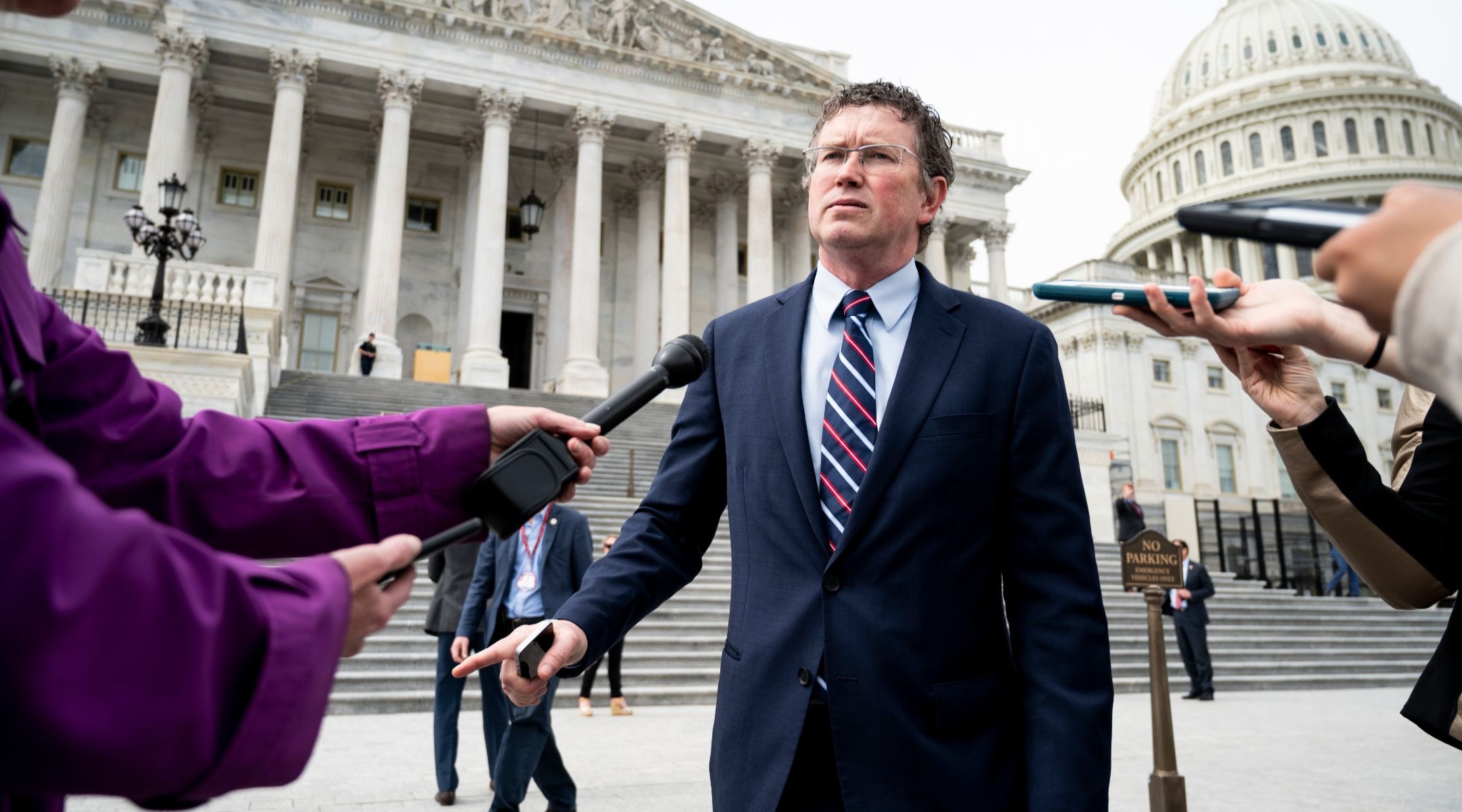 (JTA) — Thomas Massie, a U.S. House representative from Kentucky, criticized Dr. Anthony Fauci, director of the National Institute of Allergy and Infectious Diseases, with a quote by the American white supremacist and neo-Nazi Kevin Alfred Strom.

Massie shared a meme with the quote “To learn who rules over you, simply find out who you are not allowed to criticize,” which was actually said, in slightly different words, by the French philosopher Voltaire.

USA Today fact checked the quote’s origins after a meme of it went viral last year.

In the image shared by Massie, a hand presses down on a group of people next to the quote. Massie captioned the image, “You mustn’t question Fauci, for he is science.”

You mustn’t question Fauci, for he is science. pic.twitter.com/KnqCcPXWSe

This is not Massie’s first provocative tweet regarding the COVID-19 pandemic. Last August, he tweeted an image of a tattooed wrist on Twitter with the caption: “If you have to carry a card on you to gain access to a restaurant, venue or an event in your own country … that’s no longer a free country.”

In March 2020, the Republican Jewish Coalition announced it would back Massie’s opponent in the Republican primary in his district, a rare foray for a group that usually focuses on defeating Democrats. At the time, the RJC cited Massie’s opposition to a bill that would fund Holocaust education and his vote in 2019 against a resolution condemning Israel boycotters.

Voltaire has also posthumously been accused of harboring antisemitic ideas.