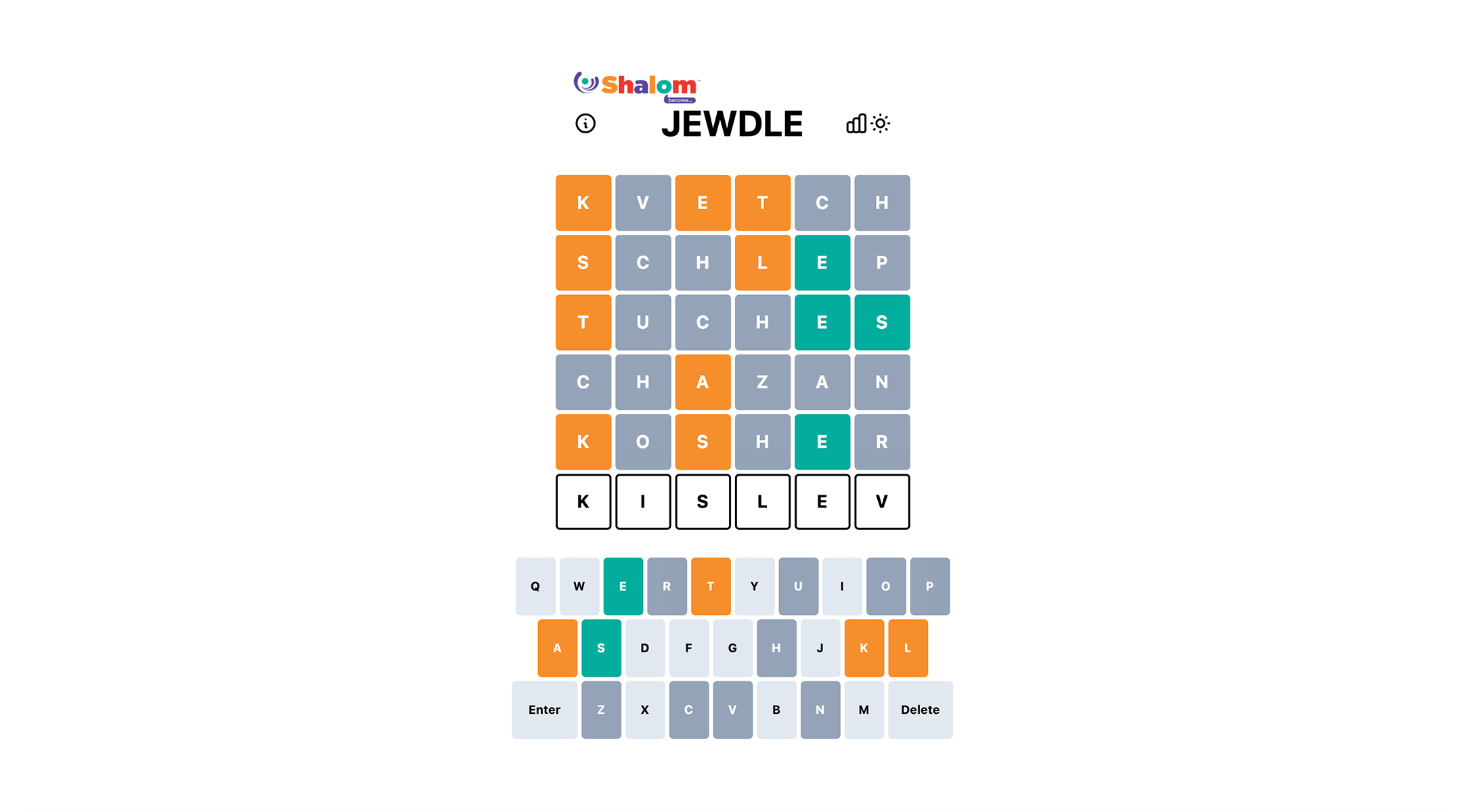 A photo of the Jewdle word board. (Screenshot)
Advertisement

(JTA) – In yet another addition to the world of Wordle offshoots, an Australia-based Jewish community organization has created Jewdle — a distinctly Jewish version of the wildly popular online word game.

While versions of Wordle exist in other languages, including Hebrew and Yiddish, Jewdle offers words from English, Yiddish, Hebrew and Aramaic and is different in a few key ways. Unlike Wordle, which asks players to guess a five-letter word using codebreaker’s logic, Jewdle players have to guess six-letter Jewish words, increasing the game’s difficulty.

Jewdle also throws in a Jewish educational component, adding explanations and context once a player gets a word right.

“This seemed like a really perfect way to create Jewish relevance within a very popular, secular context that so many people around the world are accessing right now,” Alon Meltzer, Director of Programs at the organization Shalom and the game’s creator, told J-Wire.

After joining the more than 2 million people who have started playing Wordle, Meltzer decided to make a Jewish-themed version, which came with a set of unique challenges.

“We decided to do six letters instead of five because of the phonetic differences in writing out many Hebrew and Yiddish words,” Meltzer explained. “You often need to use a ‘ch’ or ‘sch’ combination or an ‘ah’ suffix. Five letters was a bit too limiting.”