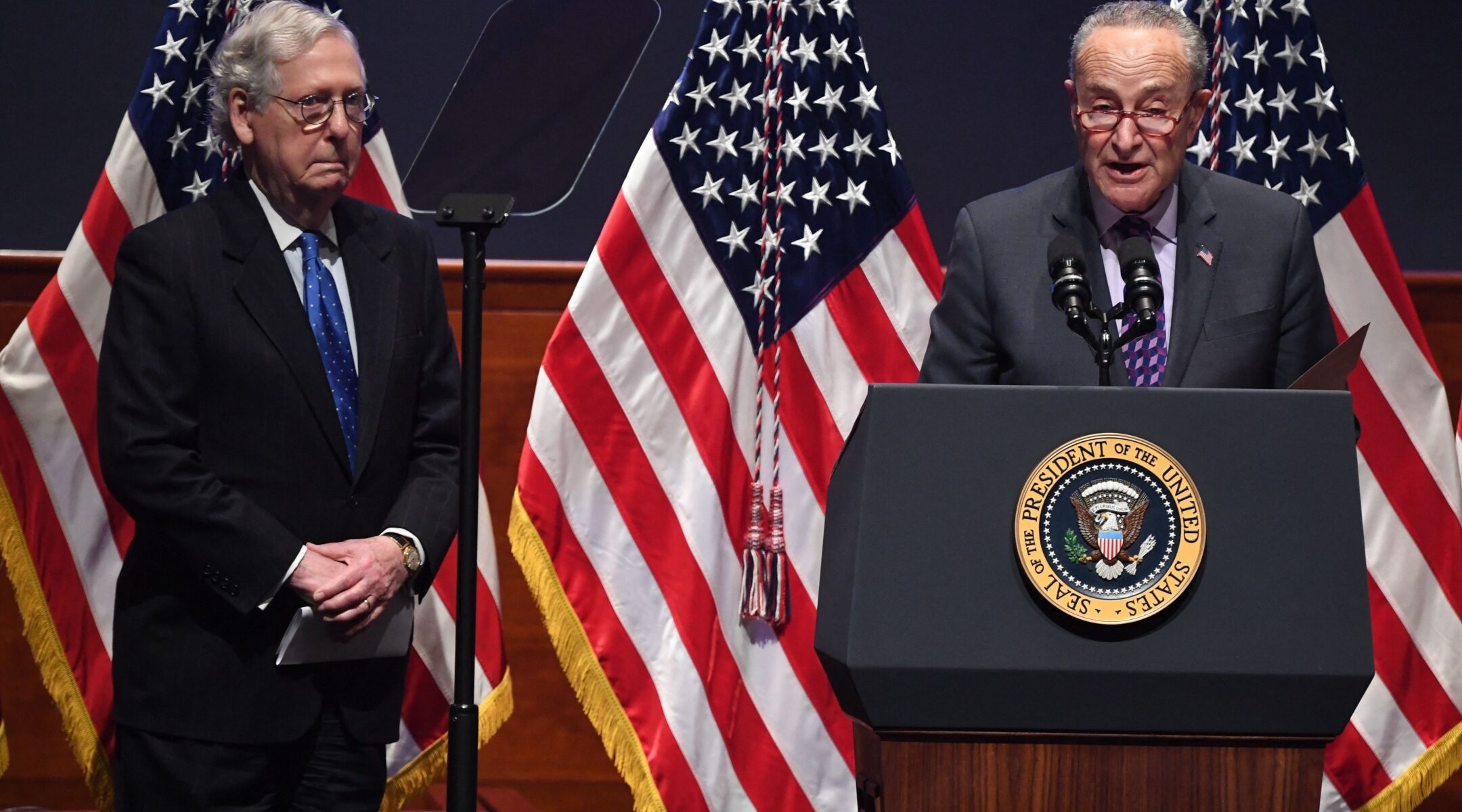 The New York Democrat added a reading from Leviticus that emphasized unity, echoing the message President Joe Biden emphasized in his remarks at the same event. Biden in his remarks referred to the recent synagogue hostage crisis in Texas as an example of courage in the face of divisiveness.

After thanking Biden and the co-hosts, Sens. Mike Rounds, R-S.D., and Kirsten Gillibrand, D-N.Y., Schumer began: “A reading from Deuteronomy, Dvarim,” Schumer began, reading the first line of the Shema, which mandates that Jews internalize the oneness of God, in Hebrew.

Schumer then said he would read from Leviticus 19:8. “Don’t take vengeance on or bear a grudge against any of your people, rather love your neighbor as yourself, I am Adonai,” he said in English.

That was of a piece with Biden’s appeal at the breakfast, the first since 2020 in person, for cross-partisan unity. Democrats said it was the overriding theme of the breakfast: Schumer thanked Rounds and Gillibrand especially for “revitalizing” the breakfast, an allusion both to the fact that it was held last year virtually and to the partisanship that had in recent years plagued what is designed to be a national unifying moment.

Former President Donald Trump had shocked participants at his own appearances for divisive comments. In 2020, Trump, a Protestant, questioned the faith of Rep. Nancy Pelosi, D-Calif., the Speaker of the U.S. House of Representatives who is a Roman Catholic, and Sen. Mitt Romney, R-Utah, one of Trump’s most prominent GOP critics, who is a Mormon.

Biden in his own remarks referred to the violent Jan. 6, 2021 insurrection that sought to keep Congress from affirming Biden as president.

“As I stand in this citadel of democracy that was attacked one year ago, the issue for us is unity,” Biden said in the Capitol Visitor Center, where this year’s prayer breakfast took place. Biden appealed to McConnell, who has sought to block almost all of Biden’s major legislative initiatives.

“Mitch, I don’t want to hurt your reputation, but we really are friends,” Biden said. “You’ve always done exactly what you’ve said. You’re a man of your word, and you’re a man of honor.”

Biden also devoted a lengthy portion of his speech to the bravery a rabbi and three congregants displayed while they were being held hostage last month at a synagogue in Colleyville, Texas. The rabbi, Charlie Cytron-Walker, had invited in the assailant, who had presented himself as someone in need of shelter.

Nominally hosted by a senator from each party, the National Prayer Breakfast, a tradition dating back almost a hundred years, is organized by a secretive Christian group, the Fellowship Foundation.