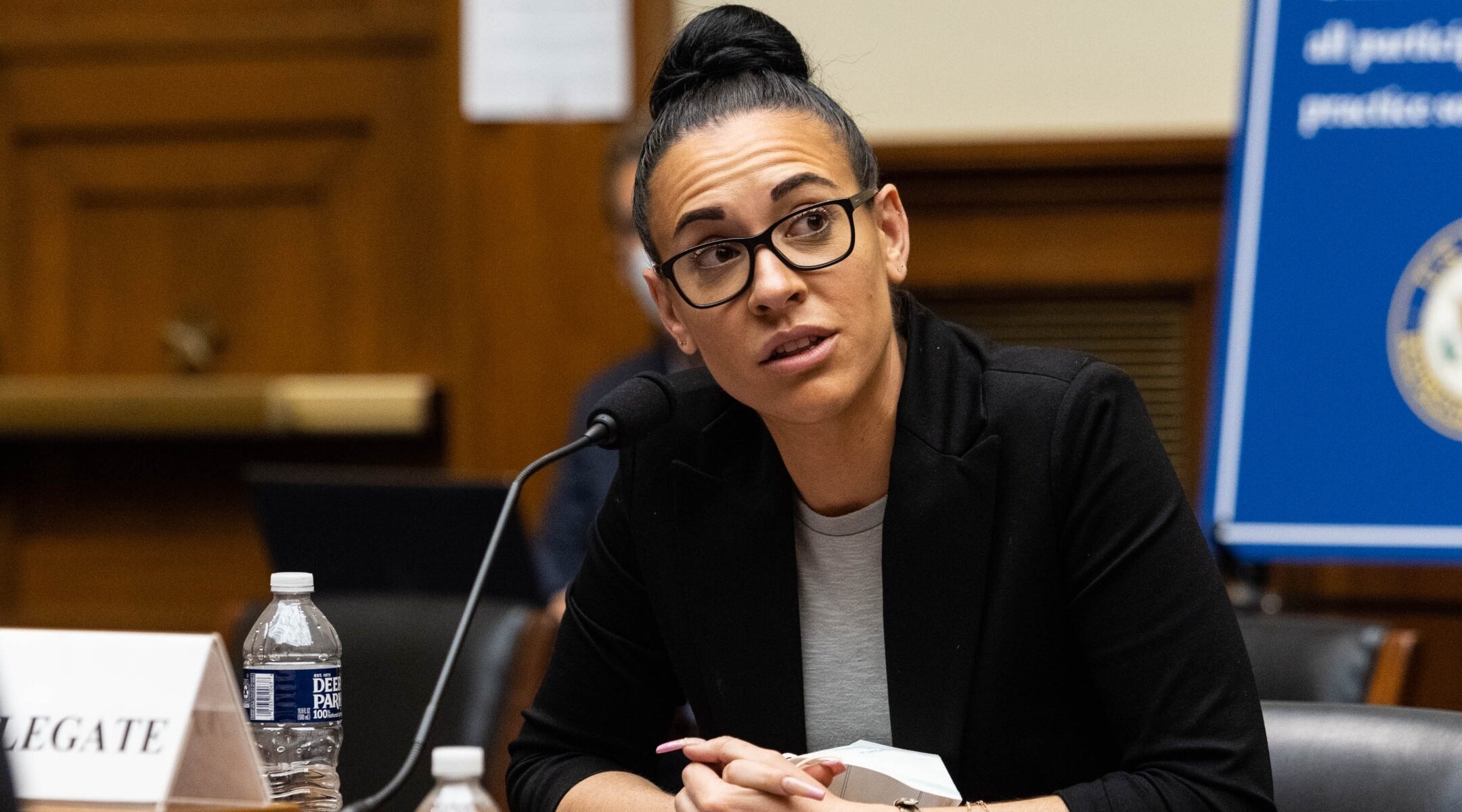 WASHINGTON (JTA) — A former staffer for the Washington football team now called the Commanders accused her boss of using “Jewish slurs” and other forms of verbal harassment during her time with the organization.

“I was called Jewish slurs that refer to a non-Jewish woman that you are sexualizing,” Emily Applegate said Thursday during testimony to the U.S. House of Representatives Oversight Committee, which is probing allegations of harassment and misconduct within the NFL franchise. “A slur which I will not repeat a rabbi described as ‘simply indefensible, condescending, racist, and misogynistic.'”

Applegate did not name her boss in the testimony, but The Washington Post, which in 2020 broke the allegations by at least 15 women of a culture of sexual misconduct, said it was Mitch Gershman, the chief marketing officer. Gershman at the time denied Applegate’s allegations.

Applegate said that Dan Snyder, the Jewish owner of the team, is responsible for the alleged harassment. “Dan Snyder created a culture in which this behavior was accepted and encouraged,” she said.

In addition to shouting abuse, which Applegate said drove her to tears, she alleged that Gershman told her to wear tight clothing and high heels and talked to her about dating, including with older men.

Democrats convened the hearing because the NFL has kept secret an investigation into the allegations.

The revelations come the same week the Washington team announced its new name, the Commanders. The team is trying to refurbish its image in the wake of toxic battles for ownership, the sexual misconduct allegations and decades of using a name that is a racist pejorative.

Snyder, who had said repeatedly he would never change the name, in 2020 acceded to widespread demand for a name change. Jewish groups were among those calling for the change.