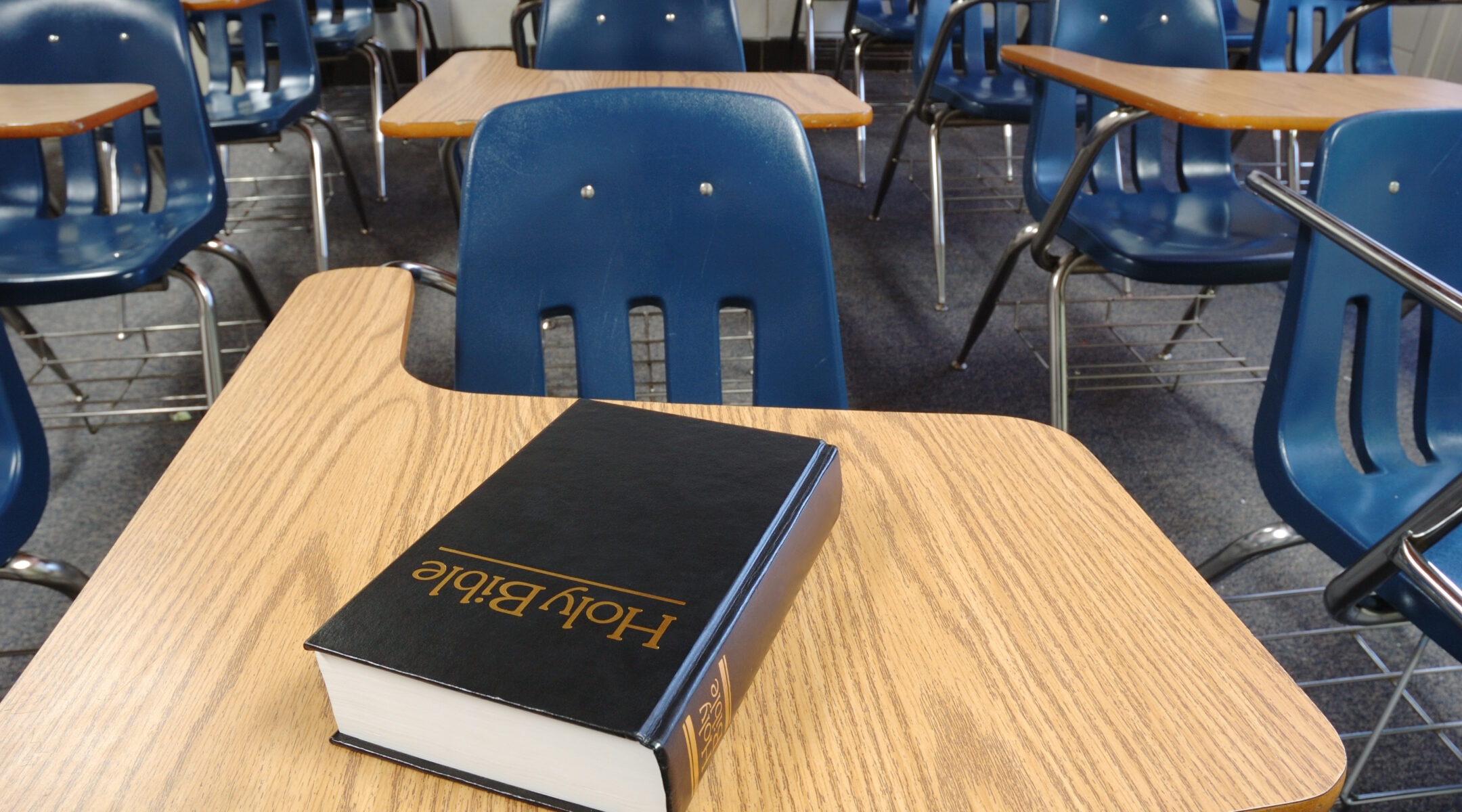 (JTA) — A Jewish woman in Chattanooga, Tennessee, says her child was taught “how to torture a Jew” in a public school Bible class.

The woman, Juniper Russo, wrote about the incident in a Facebook post that is no longer public. In it, she alleged that the teacher engaged in “blatant Christian proselytizing” in a Bible history class that was meant to be “non-sectarian.”

Hamilton County Schools, the Chattanooga public school district, is investigating the incident. Michael Dzik, president of the Jewish Federation of Chattanooga, told the Jewish Telegraphic Agency he believed the district is taking the investigation seriously.

But Dzik said the topic would not be on the table Monday night when the federation co-hosts a conversation with Jewish cartoonist Art Spiegelman about the recent decision of a school board in a neighboring county to remove his “Maus” Holocaust memoir from the local curriculum.

“It’s not going to come up,” Dzik said. “We’ve received a few questions from people but … we’re going to try to stay on topic. This [Hamilton] is obviously an important topic as well, [but] we want to focus on Art and his book” for the evening.

Russo’s daughter’s class was part of an initiative by Bible in the Schools, a nonprofit organization based in Chattanooga that promotes the study of the Bible in public school classrooms. The classes officially study the Bible as literature and for its historic value in a “non-sectarian” manner, according to the organization’s website, thus allowing the classes to be conducted in public schools.

“[The teacher] wrote an English transliteration of the Hebrew name of G-d on the whiteboard. This name is traditionally not spoken out loud, and is traditionally only written in the Torah. She then told her students, ‘If you want to know how to torture a Jew, make them say this out loud,'” Russo wrote, according to the Chattanooga Times Free Press, which first reported the story. “My daughter felt extremely uncomfortable hearing a teacher instruct her peers on ‘how to torture a Jew’ and told me when she came home from school that she didn’t feel safe in the class.”

Jews typically do not pronounce the name of God as it is written in parts of the Bible, instead pronouncing it as “adonai,” which means “my lord.”

Russo, whose family belongs to Chattanooga’s Reform Mizpah Congregation, told the local newspaper that she had reported the matter in her daughter’s class to the Anti-Defamation League, which collects and responds to allegations of antisemitism.

The incident comes just weeks after the school board in McMinn County, located about 50 miles northeast of Chattanooga, removed “Maus” from its curriculum after parents complained about the appearance of curse words and nudity in the book. The book, which tells the story of the author’s father during the Holocaust and depicts Jews as mice and Nazis as the cats that pursue them, is frequently used to teach students in middle and high school about the Holocaust.

Dzik said that while the alleged incident in the Bible studies class would not be part of the Monday conversation with Spiegelman, the federation would over time “continue in both directions, that’s for sure.” About Bible in the Schools, he said federation officials were “looking forward to meeting with them” to discuss the initiative, whose teachers include many trained at Christian seminaries.

“Hopefully it’s an opportunity for them to reflect on this and look at the curriculum and see how teachers are presenting the material, to make sure that — the term that we have been using is — there’s ‘education, not indoctrination,'” Dzik said.