Washington Commanders defensive tackle wishes he could dine with Hitler 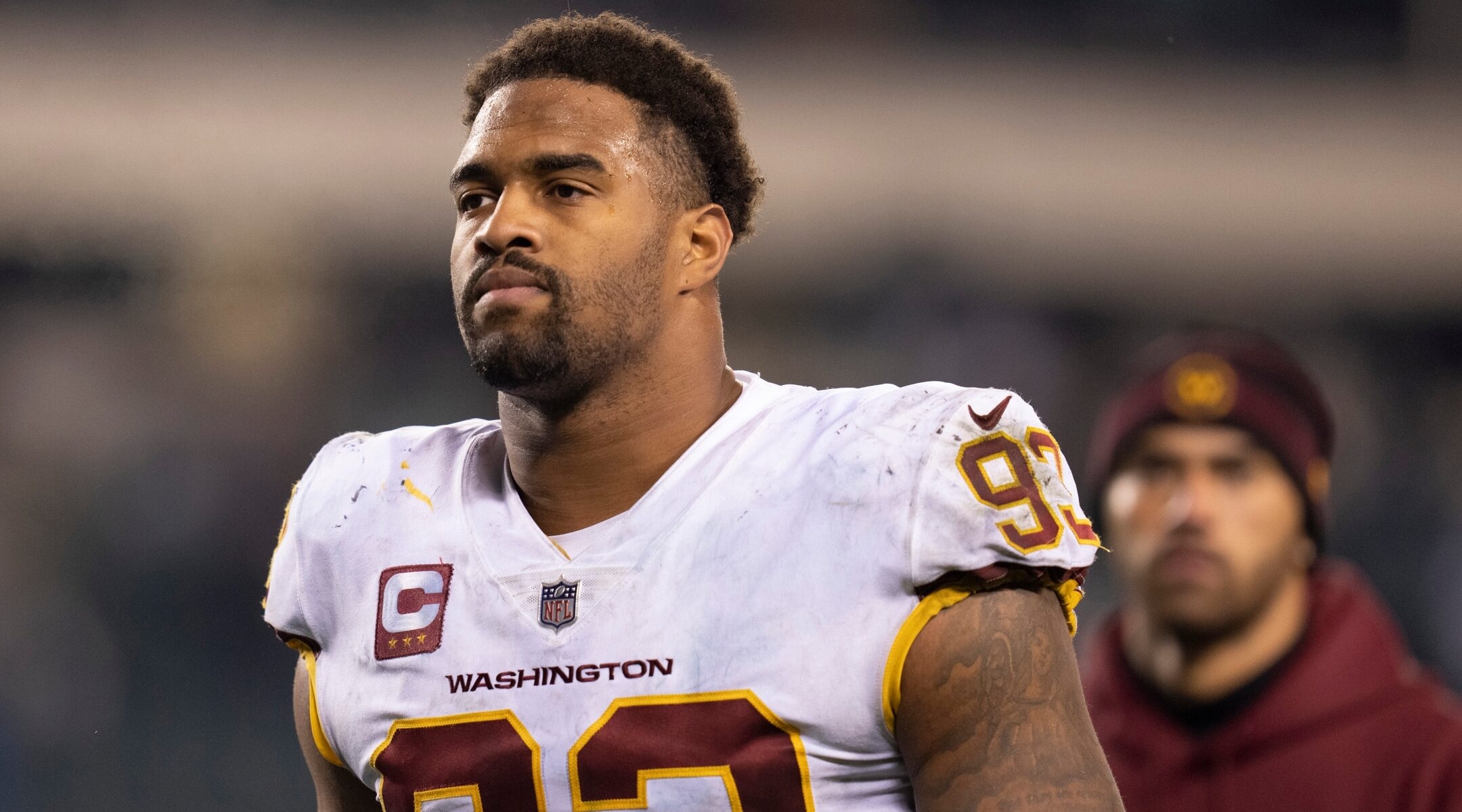 Washington player Jonathan Allen walks off the field after a game against the Philadelphia Eagles at Lincoln Financial Field in Philadelphia, Dec. 21, 2021. (Mitchell Leff/Getty Images)
Advertisement

WASHINGTON (JTA) — A defensive tackle for the NFL’s Washington team said that if he had his druthers he’d break bread with Adolf Hitler.

Allen, who was drafted by the newly renamed Washington Commanders in 2017, opened up in an “ask me anything” tweet, and a fan asked him who were the three people, dead or alive, he wanted to dine with.

He listed his grandfather, Hitler and the late pop star Michael Jackson.

The same questioner asked him why Hitler, and Allen said, “He’s a military genius and I love military tactics but honestly I would want to pick his brain as to why he did what he did. I’m also assuming that the people I’ve chosen have to answer all my questions honestly.”

Later he tweeted: “Early I tweeted something that probably hurt people and I apologize about what I said. I didn’t express properly what I was trying to say and I realize it was dumb!”

The team just last week underwent a name change in a bid to clean up its image in the wake of sexual harassment allegations in the front office and the use for decades of a team name that is a racist pejorative.