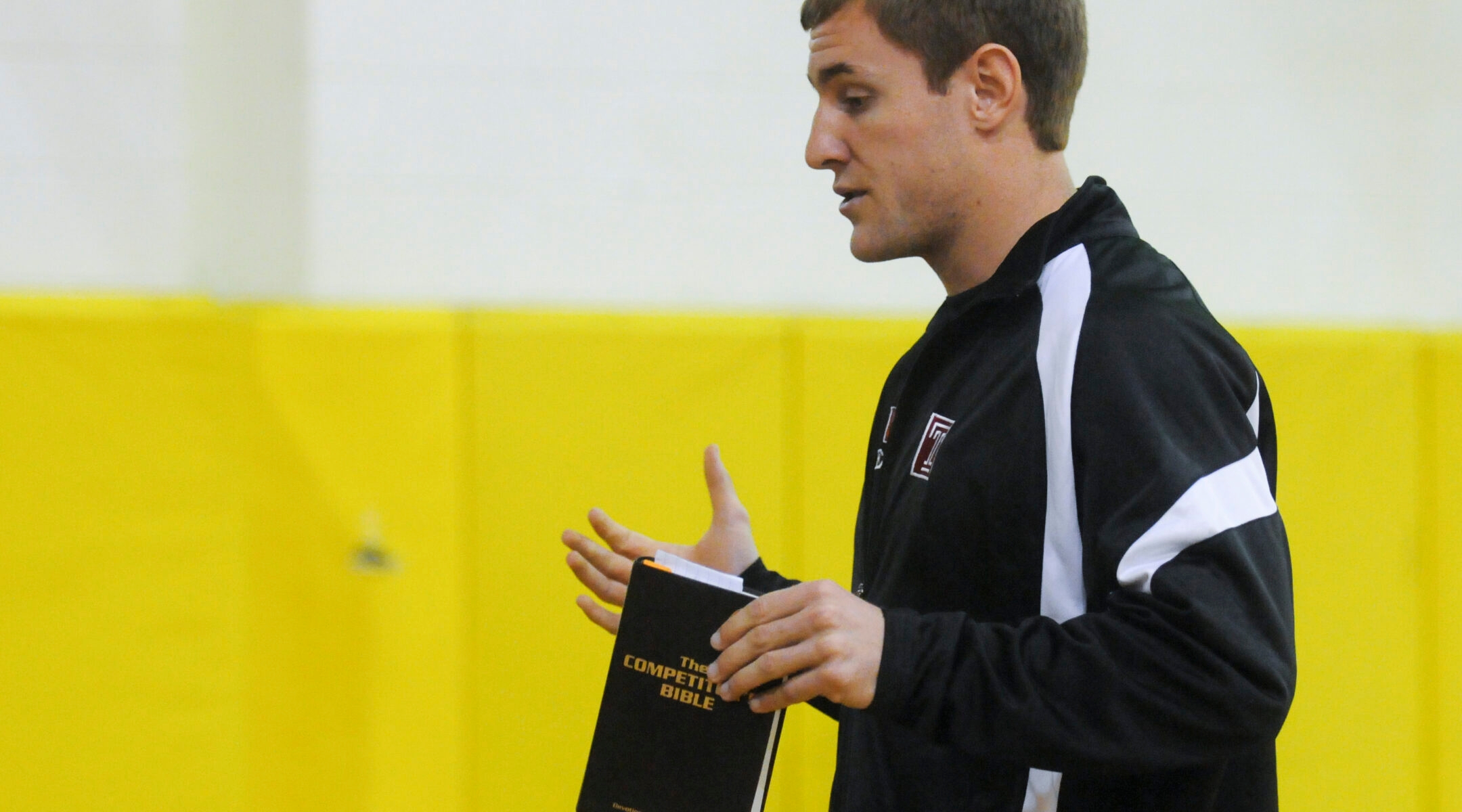 An athlete speaks to students at a Fellowship for Christian Athletes conference in 2010. (Ben Hasty/MediaNews Group/Reading Eagle via Getty Images)
Advertisement

(JTA) — Over 100 students at a West Virginia public high school staged a walkout Wednesday to protest what they said was their forced attendance at a Christian prayer assembly during the school day.

Bethany Felinton told the Associated Press that her Jewish son was told he could not leave the assembly, held at Huntington High School last week.

“It’s a completely unfair and unacceptable situation to put a teenager in,” Felinton said. “I’m not knocking their faith, but there’s a time and place for everything — and in public schools, during the school day, is not the time and place.”

An Evangelical Christian preacher who urged students to commit themselves to Christianity spoke at the event, which took place during a daily period set aside for study, prayer or optional guest speakers, students told the AP. The event was organized by a group called the Fellowship of Christian Athletes, which organizes Christian prayer in schools and communities across the United States and beyond.

A spokesperson for the Cabell County School District told the AP that the assembly was supposed to be voluntary but that two teachers had mistakenly taken their entire classes.

“It’s unfortunate that it happened,” said the spokesperson, Jedd Flowers. “We don’t believe it will ever happen again.”

It is the second high-profile incident in days to allege Christian teaching in public schools, which are by law supposed to be nonsectarian. A Jewish mother in Chattanooga, Tennessee, alleged that a teacher in a Bible class there had offered instruction in “how to torture a Jew.” That class, operated by a nonprofit called Bible in the Schools, is intended to be nonsectarian, officials there said.

Max Nibert, a senior at Huntington High School who participated in the walkout there, told the AP that the event was a violation of the separation of church and state.

“I don’t think any kind of religious official should be hosted in a taxpayer-funded building with the express purpose of trying to convince minors to become baptized after school hours,” Nibert said.