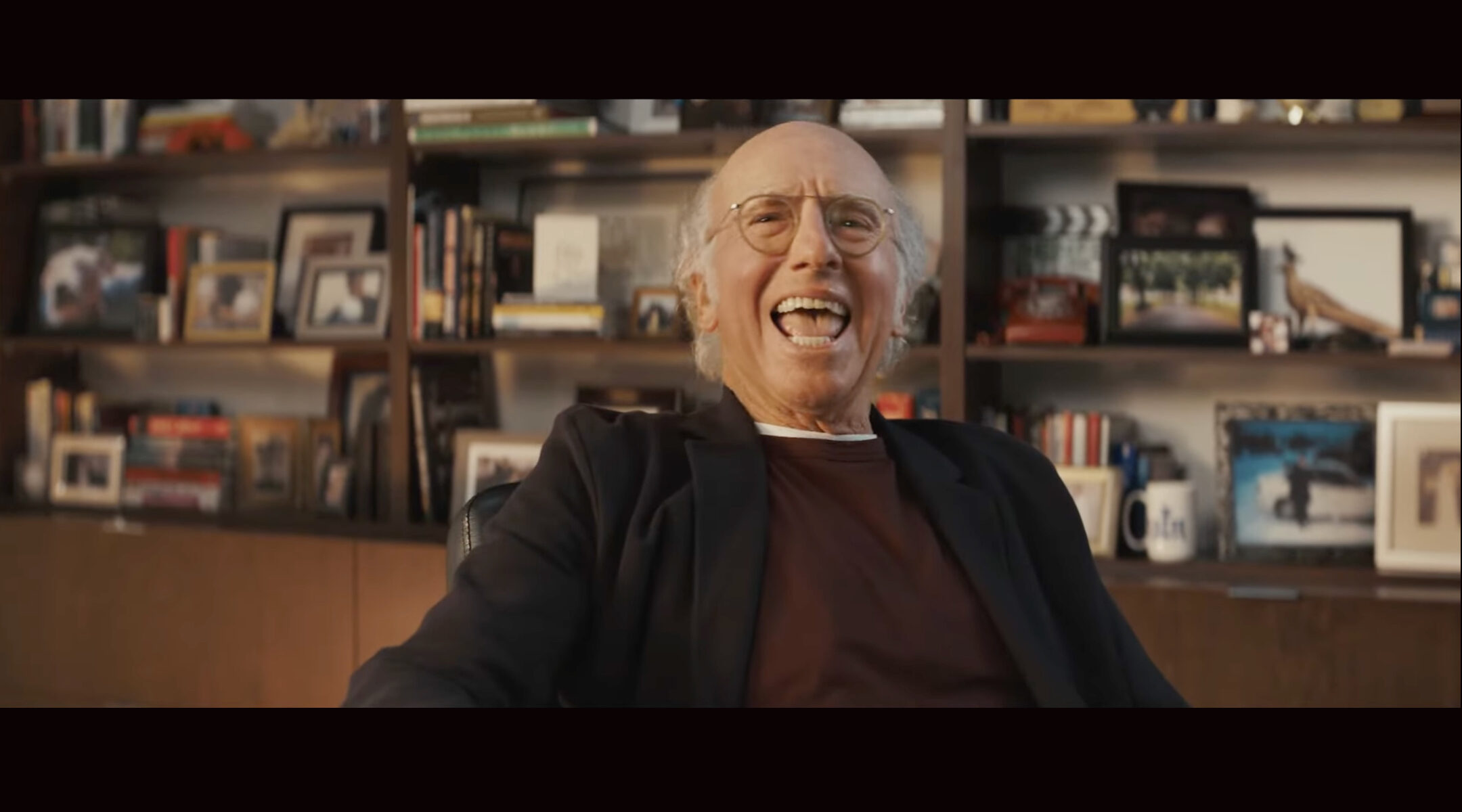 This is the face Larry David makes as he scoffs at cryptocurrency in a Super Bowl ad for a cryptocurrency company that aired Feb. 13, 2022. (Screenshot)
Advertisement

(JTA) — “Curb Your Enthusiasm,” in many ways the most Jewish show on TV, is no longer airing on Sunday nights. But fans of its creator and star, Larry David, got a surprise appearance from him this Sunday — during a Super Bowl ad for a cryptocurrency company.

The ad, from a company called FTX, shows David scoffing at various landmark inventions in history, deploying his trademark “nah” and shouting angrily multiple times, including at John Hancock, the first signer of the Declaration of Independence.

Over the course of 60 seconds, David dismisses the wheel, the fork, the toilet, universal suffrage for white men in the inchoate United States, the light bulb, moon travel and the Walkman.

In the last shot, David turns down a pitch for using FTX’s services to get into crypto, digital currency that is exchanged online, rather than through a banking system. “Nah, I don’t think so,” he says. “And I’m never wrong about this stuff. Never.”

The implication is that anyone who sits out FTX’s app will ultimately be on the the losing side of history, like the Larry Davids over time. (In an extended cut that the company made available after the ad aired, David also rebuffs coffee and the dishwasher.)

The ad was David’s first-ever TV commercial appearance, according to Variety. It was directed by Jeff Schaffer, who also directed several episodes of “Seinfeld” and worked closely with David on “Curb Your Enthusiasm.” (Schaffer told Jewish Insider last year that he and David are “the Impossible Burger of Jews” because they look and sound Jewish but take a different approach to religion from more observant Jews.)

The ad was filmed in a frenetic and costly shoot last month, according to a detailed account published by The New York Times as the spot aired near the end of the first half of the game.

Sam Bankman-Fried, FTX’s 29-year-old founder and the youngest person on Forbes’ list of richest people, told the Times he wanted to make an ad that stood above even the Super Bowl’s famously high standards.

“Obviously, we think it’s pretty good,” said Bankman-Fried, who says he plans to give all of his wealth away, including to Democratic causes.