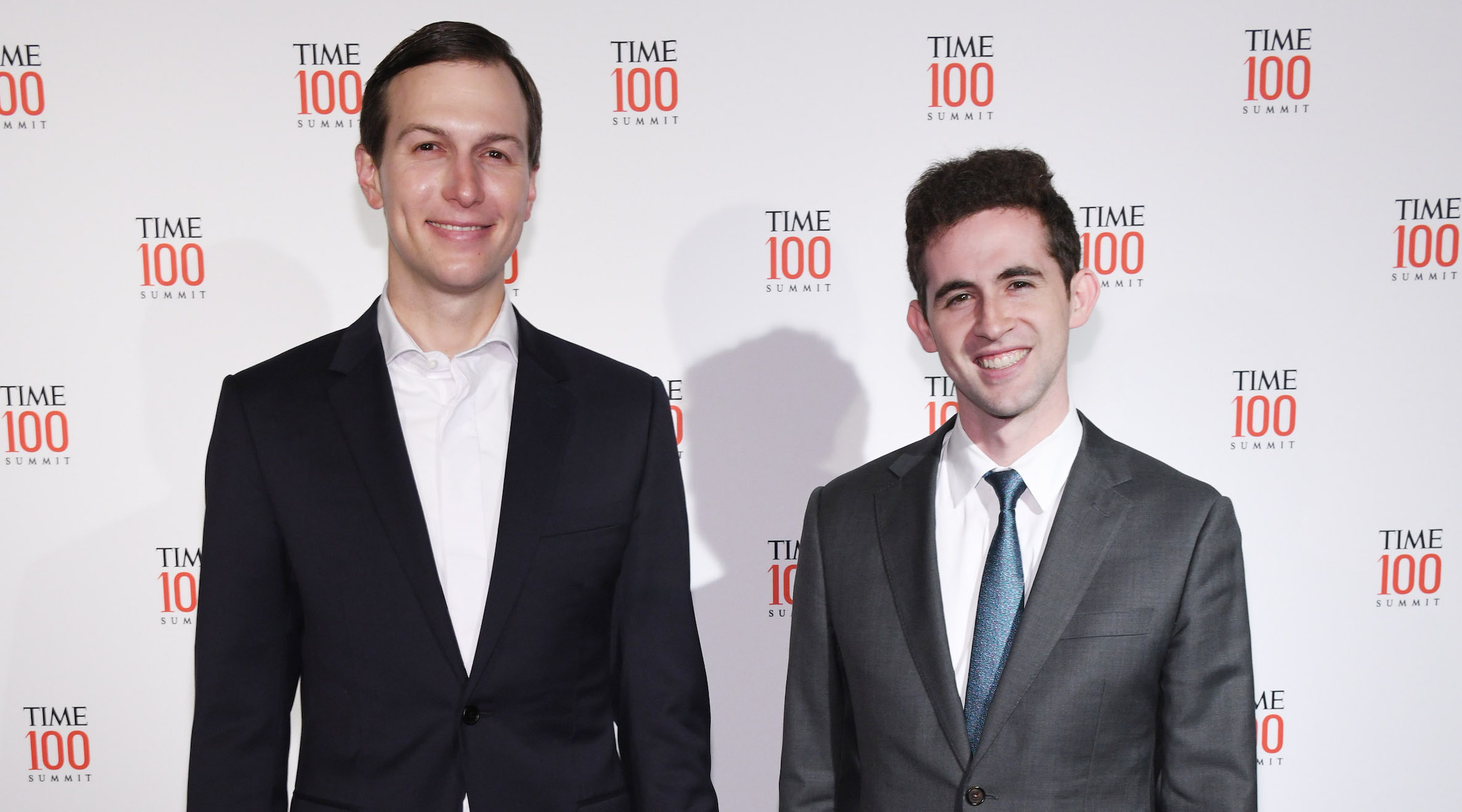 WASHINGTON (JTA) — Lee Zeldin, one of two Jewish Republicans in Congress, nominated Jared Kushner and Avi Berkowitz for the Nobel Peace Prize for brokering the Abraham Accords, the normalization agreements between Israel and four Arab countries.

“The Abraham Accords, signed in 2020, represent the most significant diplomatic breakthrough between Israel and Arab nations in decades,” Zeldin wrote in his nomination, according to the New York Post. Zeldin, a Long Island congressman, is running for governor of the state.

Kushner, the son-in-law and top Middle East advisor to former President Donald Trump, told the Post he was humbled by the nomination. Berkowitz was Kushner’s main negotiator in the field and worked in 2020 to iron out the final kinks in the accords.

The agreements between Israel and the United Arab Emirates, Bahrain, Sudan and Morocco are already paying dividends in increased tourism and investment, as well as symbolic gestures like dignitary visits and participation in sports competitions.

The accords have garnered near-unanimous support in a pro-Israel community that has in recent years become more fractious, and they represent one of the rare areas of agreement between the Trump and Biden administrations; President Joe Biden is seeking to expand them.

Trump has said he deserves a peace prize for leading the administration that brokered the accords, and it’s not clear why Zeldin, once one of Trump’s fiercest defenders, would not have included him.

As a member of Congress, Zeldin qualifies as one of a cadre of individuals, “members of national assemblies and national governments,” eligible to put forward a nomination for the peace prize by its deadline, which falls this month.

Last year, Alan Dershowitz nominated Kushner and Berkowitz for the prize. Dershowitz was an eligible nominator because as a professor emeritus of Harvard Law School he slots into another cadre, “university professors, professors emeriti and associate professors of history, social sciences, law, philosophy, theology, and religion.”