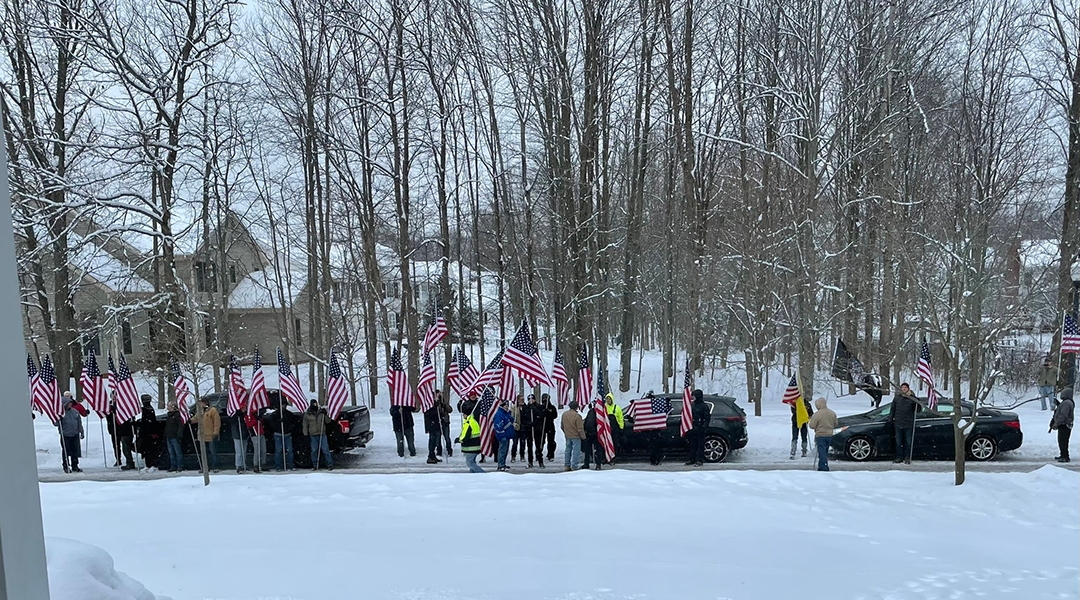 (Cleveland Jewish News via JTA) – A staged protest at the home of a Jewish politician in Ohio has left the target feeling like he is the victim of Christian antisemitic intimidation, while a prominent Jewish Senate candidate has chosen to side with the protesters, who say that vaccine mandates are analogous to “Germany in World War II.”

The ordeal started when state Rep. Casey Weinstein, a Democrat from Hudson, Ohio, and one of only two Jewish members in the Ohio House, was confronted at his home Jan. 23 by a group of around 35 men waving American flags alongside other flags reading, “Stand For The Flag, Kneel For The Cross.”

The men approached Weinstein’s front lawn and took pictures and video of him and his house, frightening his children, in what Weinstein described to the Cleveland Jewish News as “a show of force trying to intimidate me,” and as an act of antisemitism. “As a Jewish man that’s how I take it,” he said.

The men, who identified themselves to a neighbor as “Christian veterans,” said they were there “to make Casey Weinstein be better,” but would not elaborate on their purpose.

After the protest, Weinstein told the CJN he had received an anonymous tip that the protesters were backed by Liberty Valley Church, a ministry based in Northfield, Ohio, about 10 miles from Weinstein’s district outside Akron. The church’s website says it practices “expository Bible teaching and preaching.” 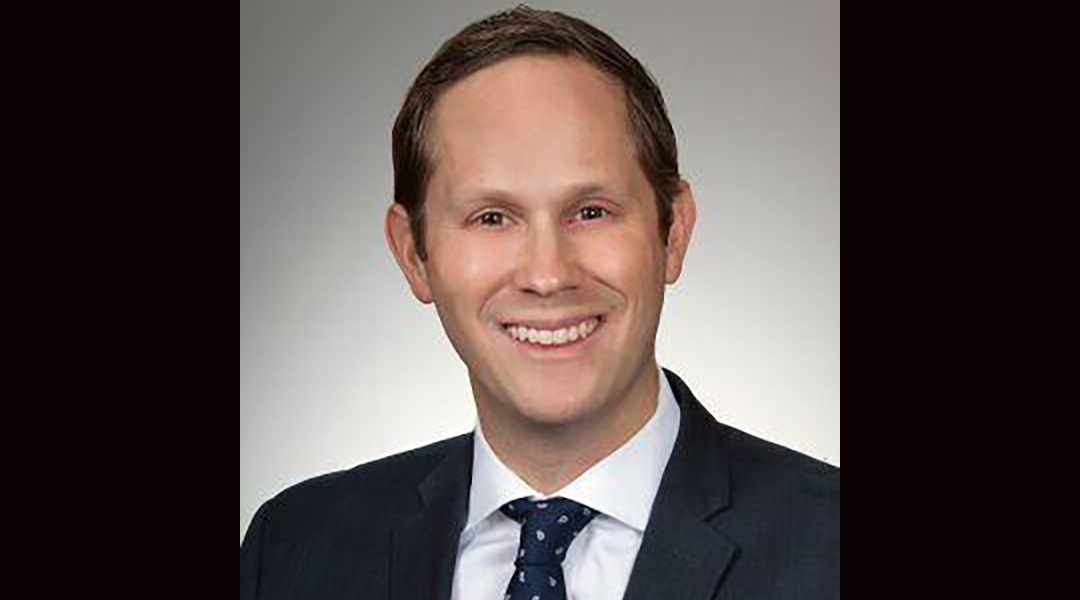 The church’s pastor, Jeff Tauring, and a Republican state Senator who is a member of the church, Kristina Roegner, confirmed to the CJN and other news outlets that members of their church had taken part in the protests.

Why? Tauring told the CJN that his church’s motivation for the rally was their opposition to vaccine mandates and other government public health policies, which he likened to Germany before the Holocaust. He added that it was the obligation of the church to speak out, much as it should have done against the Nazis in Germany.

Both Tauring and Roegner denied that what the congregants did was a protest, and said it was neither antisemitic nor an act of intimidation.

“It didn’t even resemble a protest,” Tauring said. “It was a rally. We had a little dog walking around, right? The kids in the window were waving, we waved back. Even his wife in the video says, ‘I think it’s a parade.’ There was no yelling, no intimidation or nothing.”

He added, “Antisemitism is the furthest thing from the truth. … That couldn’t be at all. We love the Jews. We believe in the covenant, the covenant of God.”

Roegner also said the protest was patriotic and about community engagement, telling the CJN on Feb. 1 that members of the church came to her home a week later with the same message.

She said the people she met with Jan. 30 told her, “We embrace American values and liberty and freedom. And we’re here to encourage our elected officials to basically do the same.”

They then asked her some questions and prayed for her and Weinstein, she said.

But Weinstein found the timing of the protesters’ visit to Roegner’s home suspicious, and believes she may have played a role in organizing the protest at his home. “It was a clear attempt to intimidate us,” he told CJN. “If this was in fact a political stunt from Senator Roegner’s church, I’d be very disappointed.”

Weinstein is a U.S. Air Force veteran whose father, Mikey Weinstein, founded the Military Religious Freedom Foundation in 2005 to combat proselytizing and religious bigotry within the military — in part because of evangelical harassment Casey had endured in the Air Force Academy in Colorado Springs. The elder Weinstein’s activism has earned him vitriol that at times borders on the antisemitic from politically conservative politicians and veterans.

Casey Weinstein said he did not think the protest had anything to do with his father’s activism. “They are a political operation masquerading as a church,” he wrote to JTA in an interview. “They are anti-vax and their ‘pastor’ spoke vehemently against our schools last cycle. They promoted three anti-vax school board members I opposed — and the people I endorsed won. I am vocally pro-schools and pro-vaccine and probably got on their radar that way.”

Even so, he said, the protest evolved into antisemitic expression. “They came to my home with a ‘kneel before the cross’ flag,” he said. “As a Jewish legislator, I got the message. So did my family.”

Roegner said the church’s support of Israel is proof they are not antisemitic.

“Liberty Valley has an Israeli flag that has been flying out front for well over a year now” since they put flag poles up at the church, she said. “So, you know, I think any church that’s antisemitic in any way would never fly an Israeli flag as high as they fly the American flag.”

However, she said the “kneel before the cross” flag was a mistake and sent the wrong message at a Jewish lawmaker’s home.

“In hindsight that was definitely a mistake on the part of whoever went over there,” Roegner said, adding that perhaps the people who brought the flag “didn’t know he was Jewish,” but “I could see how that could be misinterpreted if you’re Jewish.”

Days later, Roegner had changed course slightly, saying in a Feb. 5 statement, “I support the constitutional right to peacefully assemble and of free speech, however I can never support personal intimidation or character attacks from either side.”

Tauring added, as evidence that this was not antisemitic, that he had recently met for dinner with Josh Mandel, an Ohio Republican candidate for U.S. Senate who is Jewish, to discuss his candidacy.

For his part, Mandel — who himself is a U.S. Marine veteran, and who has a history of supporting religious conservatives and far-right fringe groups — has sided with Tauring and the Liberty Valley Church. In posts he made Feb. 4 on Facebook and Twitter, the candidate said he was “proud to call Pastor Jeff Tauring a friend and Patriot,” and said the church members “are patriots who care deeply about the Freedom, Liberty and Judeo-Christian bedrock of America.”

Mandel added, “Have never heard of this Weinstein guy but he sounds like a weakling and a crybaby.” Mandel did not reply to a request for comment.

In the meantime, national organizations, including the Jewish War Veterans of the United States, have come out against the demonstration.

In a Feb. 3 statement, the group said, “The Jewish War Veterans of the USA declares its support for Casey and Amanda Weinstein and their family and unequivocally condemns the antisemitic rabble that demonstrated menacingly in front of their Hudson, Ohio, home on Jan. 23, 2022.”

This story is adapted from multiple stories in the Cleveland Jewish News, and is reprinted with permission.