‘Mates for life’: Antony Blinken thanked Australia for remaking his stepfather after the Holocaust 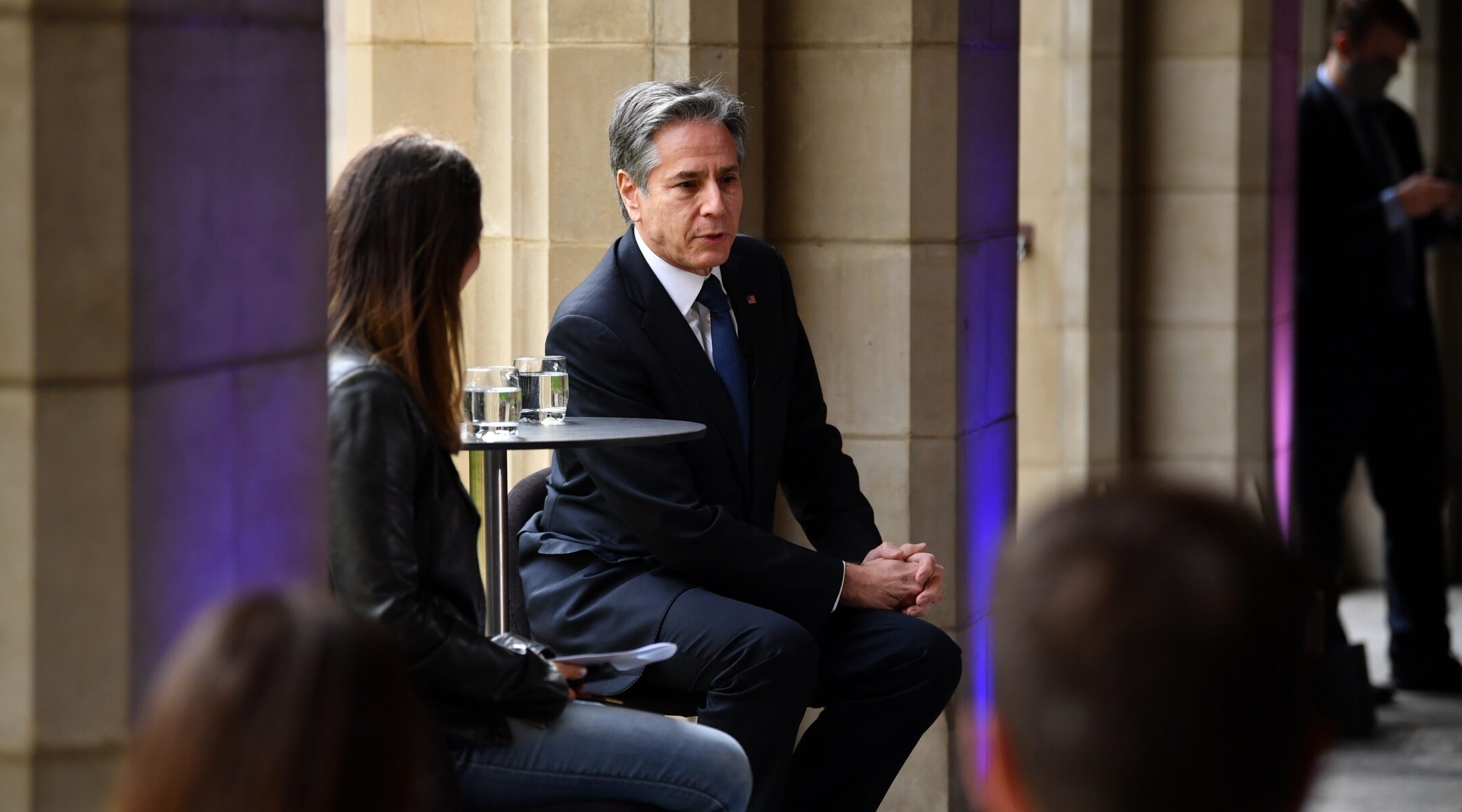 (JTA) — Antony Blinken, the U.S. secretary of state, is on a mission in Australia to reassure the longtime ally that America has its back even as China flexes its muscles in the region.

And in a speech Feb. 10 at the University of Melbourne, he made his case with a personal story about how his beloved stepfather rebuilt his life in Melbourne after the Holocaust, a redemption Blinken said underscored shared values.

“The reason he was brought back into the world was ultimately because of Australia,” Blinken said of Samuel Pisar, the philosopher and legal scholar whom Blinken has often cited as being an inspiration for his own dedication to human rights and public service.

Pisar attended the University of Melbourne, where he was mentored by Zelman Cowen, the dean of the faculty of law who later made history when he served as Australia’s second Jewish governor-general. Cowen helped Pisar get a scholarship to Harvard Law School, and soon after Pisar launched his career, advising the Kennedy administration.

Blinken said he was “mates for life” with Pisar’s family and friends in Australia and extended that status to the U.S.-Australia relationship.

“Our countries, too, our people, too, in an incredibly challenging time I think are also mates for life,” he said. “And there’s a simple reason for that. Despite the vast distance between us geographically, the distance that I traveled yesterday, there’s virtually no distance between us when it comes to our basic outlook, to our basic values, to our basic interests. And at a time when so many of those values and interests are being challenged, I think there’s more of an imperative than ever that our two countries be together, work together, tackle these challenges together.”

Blinken is in Australia meeting with his counterparts from the “Quad,” the grouping of the United States, Australia, India and Japan. He is discussing strategies to counter China’s increasingly confrontational posture toward the countries.