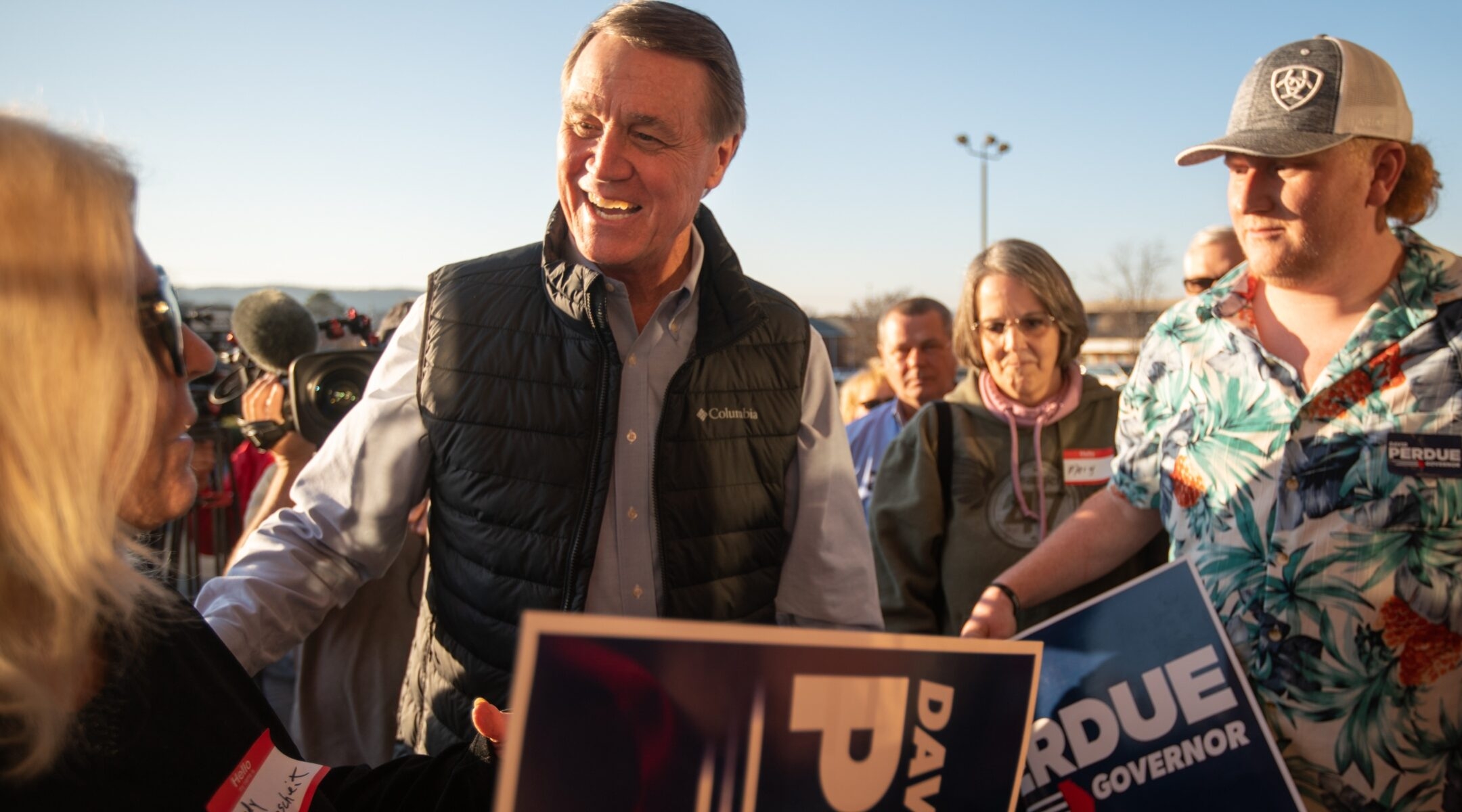 (JTA) — David Perdue, a one-term U.S. senator ousted by a Jewish Democrat a year ago, is now running for governor of his state as the Trump-backed candidate, and like others in that camp, he has taken to comparing aspects of contemporary life to life under Nazi rule.

Perdue was decrying Twitter’s removal of former President Donald Trump in January 2021. The social media giant cited Trump’s incitement to violence, particularly related to his spurring the rioters who led the insurrection at the U.S. Capitol on Jan. 6, 2021, seeking to overturn Trump’s election loss.

Perdue, speaking on a Trump-favored conservative online talk show, “Diamond and Silk,” likened Trump’s removal to some of the most repressive regimes in history.

Jewish groups have repeatedly pleaded with many, including a cadre of right-wing Republicans to stop analogizing current events to the Holocaust era. (In 2020, as Trump was running for reelection, some also drew comparisons between his presidency and the rise of fascism in 1930’s Germany.)

The sole Jewish state legislator in Georgia, Democrat Mike Wilensky, told the Atlanta Journal-Constitution that Perdue was out of bounds.

Rabbi Larry Sernovitz, who leads a Reform synagogue in Marietta, a suburb of Atlanta, also decried the comparison, tweeting to Perdue, “I welcome the opportunity to discuss the Holocaust with you. Your analogy is not appropriate and using the Holocaust as a political tool disparages the 6 million innocent Jews that were killed. Let’s talk.” (Sernovitz made history last week by blowing a shofar in Georgia’s legislature.)

Perdue, who lost a Senate election last year to Jon Ossoff, a Jewish Democrat, is now seeking to oust incumbent Republican Gov. Brian Kemp, who infuriated Trump by refusing to invalidate Trump’s loss in the state.

During the campaign, Ossoff accused Perdue of peddling antisemitism by running ads in which Ossoff’s nose was altered to look longer.